First of all, remove the SIM card tray. Its SIM card is the similar size to the iPhone XS Max’s and the OPPO Find X’s. The red rubber is waterproof. We use a heat gun to heat the verge of its back cover. Then, we use a suck to separate the back cover from the phone body.

The four angles of the back cover are well protected by white glue. Now, we can see that the phone adopts a classic three-stage internal design. Its battery and vice board are covered by the wireless charging coil. The top and bottom parts are placed with some special material to be waterproof.

Its three cameras are connected to the motherboard via two cable connectors. One connector circled as red is fixed on the metal plate. The 3D depth-sensing camera system, speaker and a PCB are placed below the motherboard.

The part circled red is Samsung SEC 822 BOC1 KLYDG4U1EA flash chip (128GB, UFS 2.1). And the part circled yellow is HI6422GWC power chip. The part circled blue with HI6422 on it, and we suppose it is a power management chip. Its speaker is made by AAC – the supplier of Apple.

The white particles in blue dot can improve the phone’s low frequency performance, which is ACC’s patent technology. The HTC U12+ adopts a similar design.

Disconnect the cable between the motherboard and vice board. We can see the USB Type-C charging port is designed with white rubber, preventing water and other materials from entering.

Now, we will take out its battery. This battery cell comes from ATL, and the battery is assembled by Huizhou Desay Battery Co., LTD. Its rated capacity is 4100mAh, and typical capacity is 4200mAh; its rated voltage is 3.82V, and limited charge voltage is 4.4V. Besides, its thickness is 4.49mm. 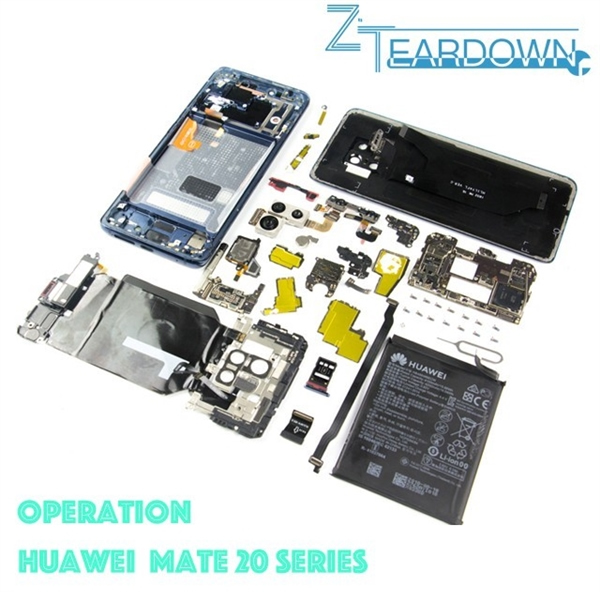 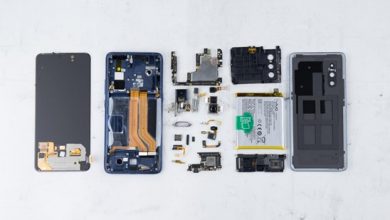 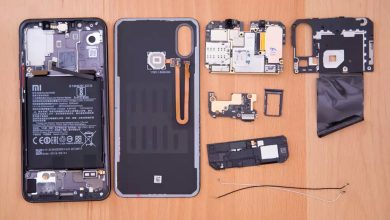 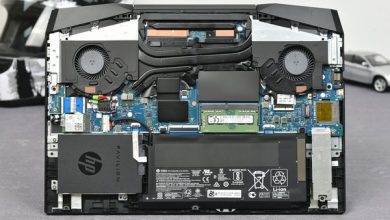 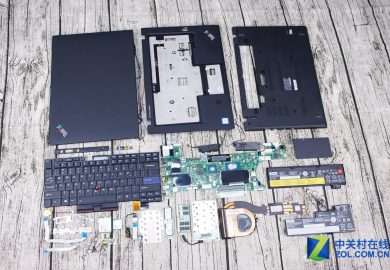