As we all know, ZTE has officially launched its foldable smartphone – the ZTE AXON M. The smartphone features two 5.2-inch 1,080p displays. The phone has good performance on sales in the market with its unique appearance design. Now, we will start the teardown of the ZTE AXON M to explore its internal structure. 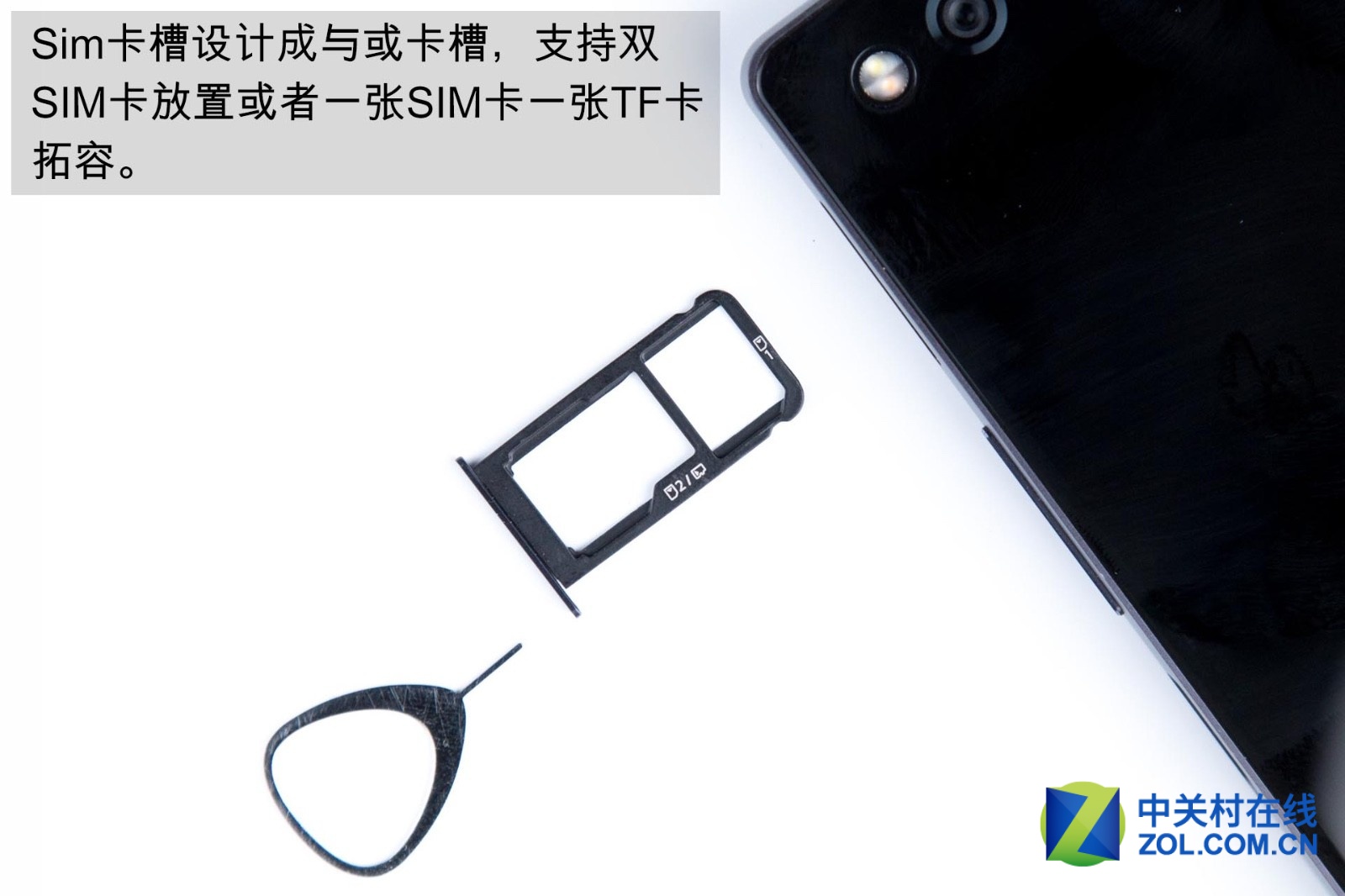 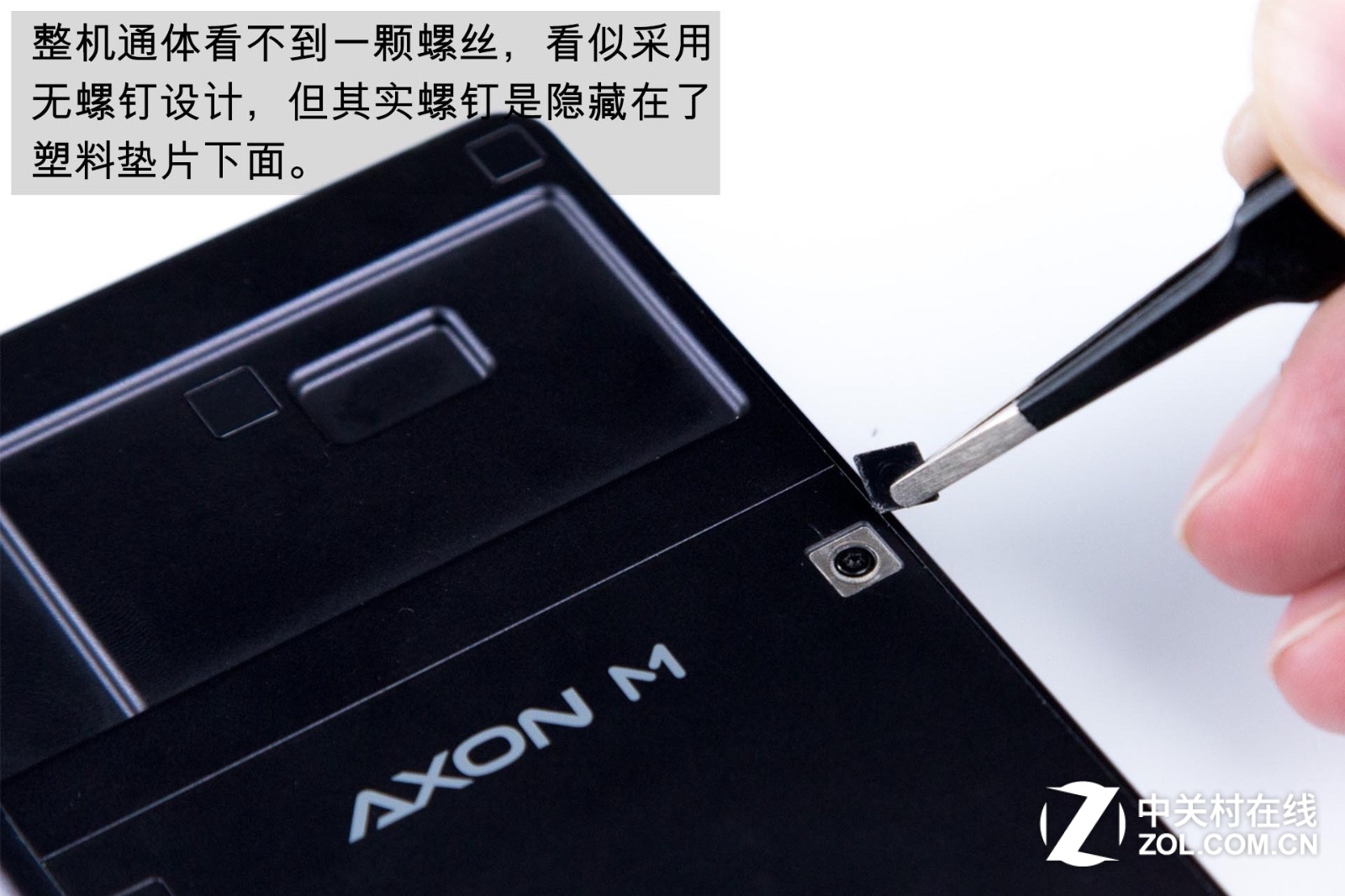 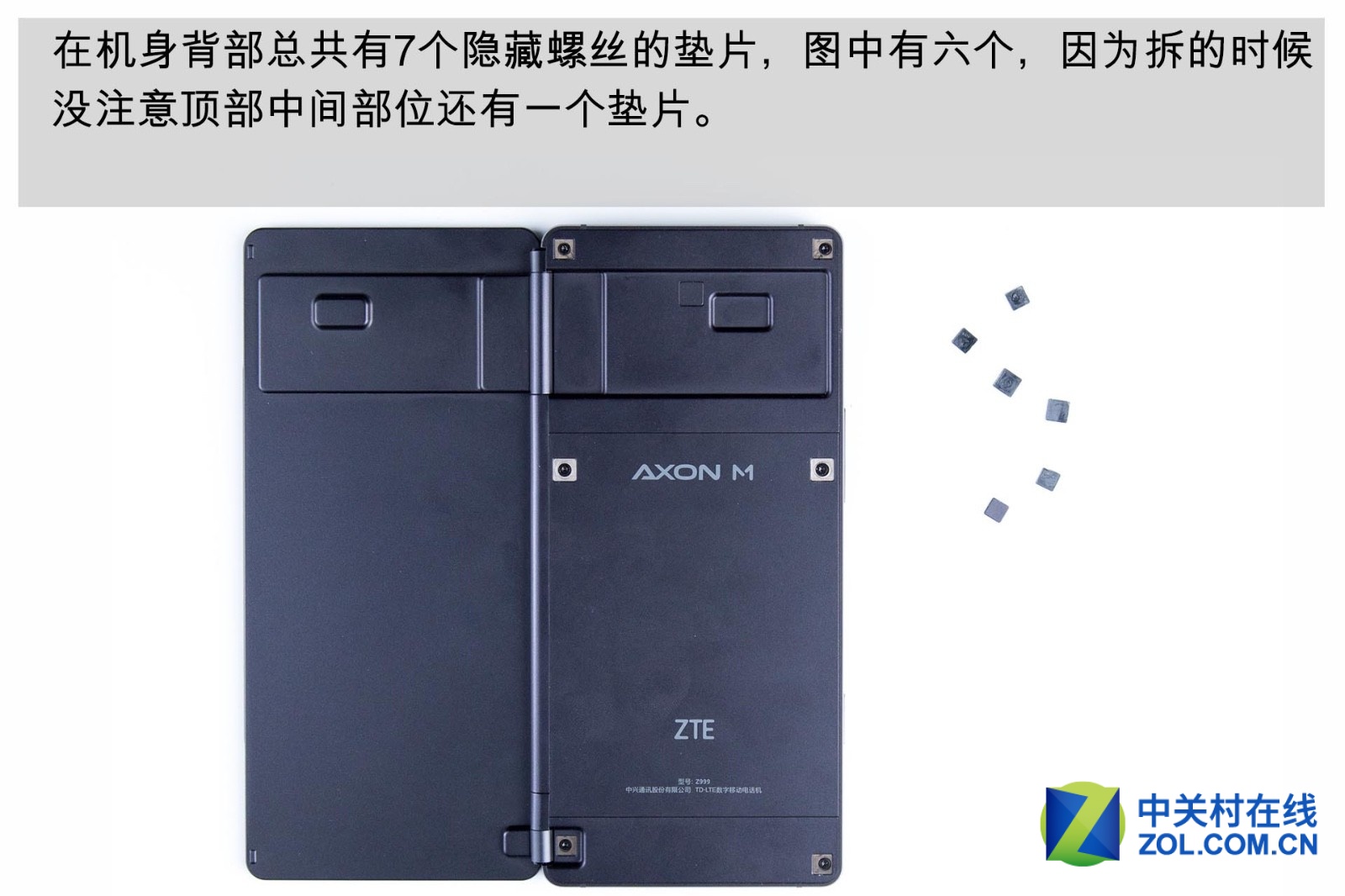 Utilize the hexagonal screwdriver to remove the screws. 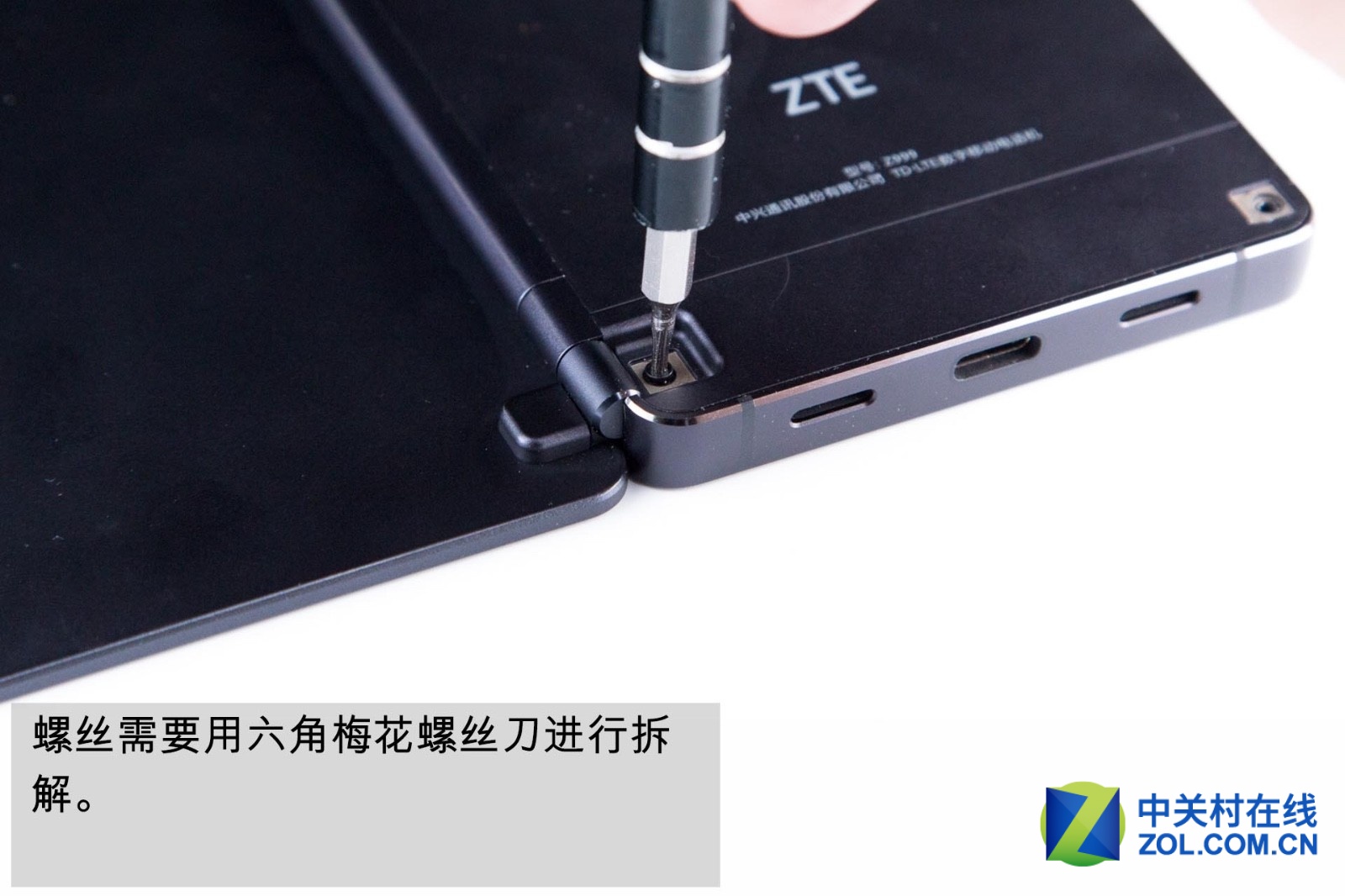 After removing all the screws, the back cover still can’t be separated from the phone body. Therefore, we need to use a clip to pry up the back cover. 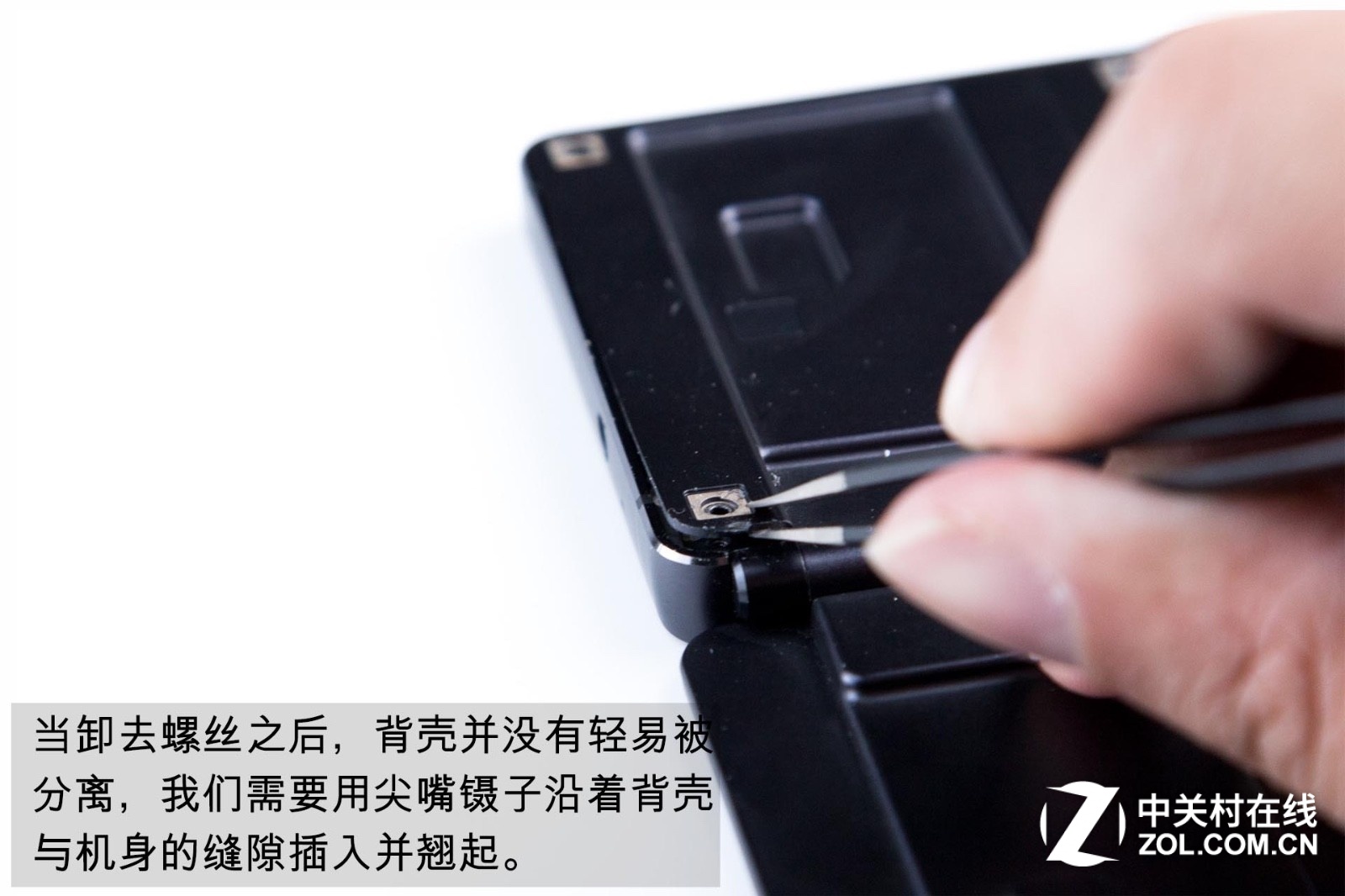 Then slide a plastic pick to unlock the snaps. 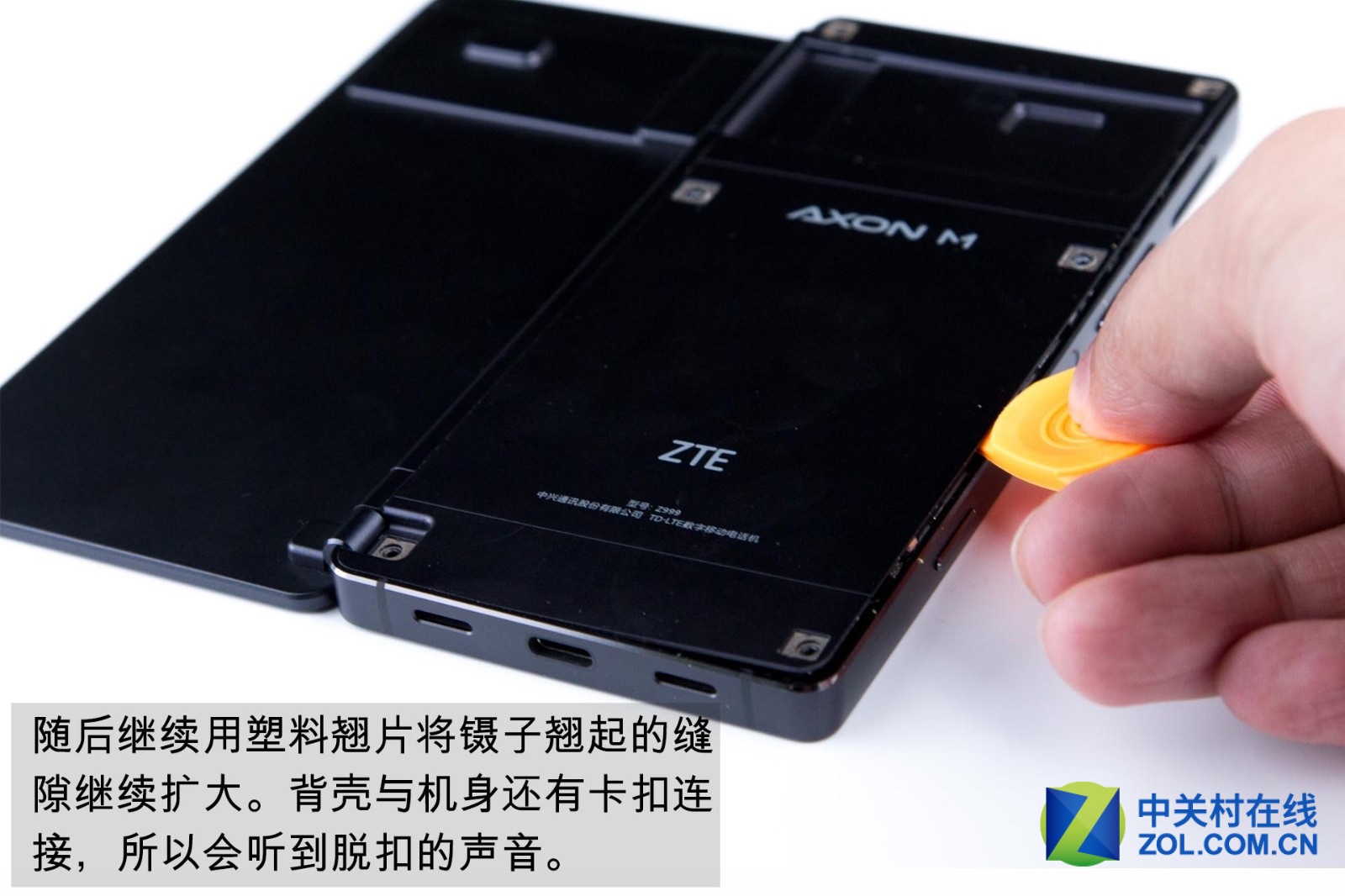 After removing the back cover, the device’s internal structure can be seen. 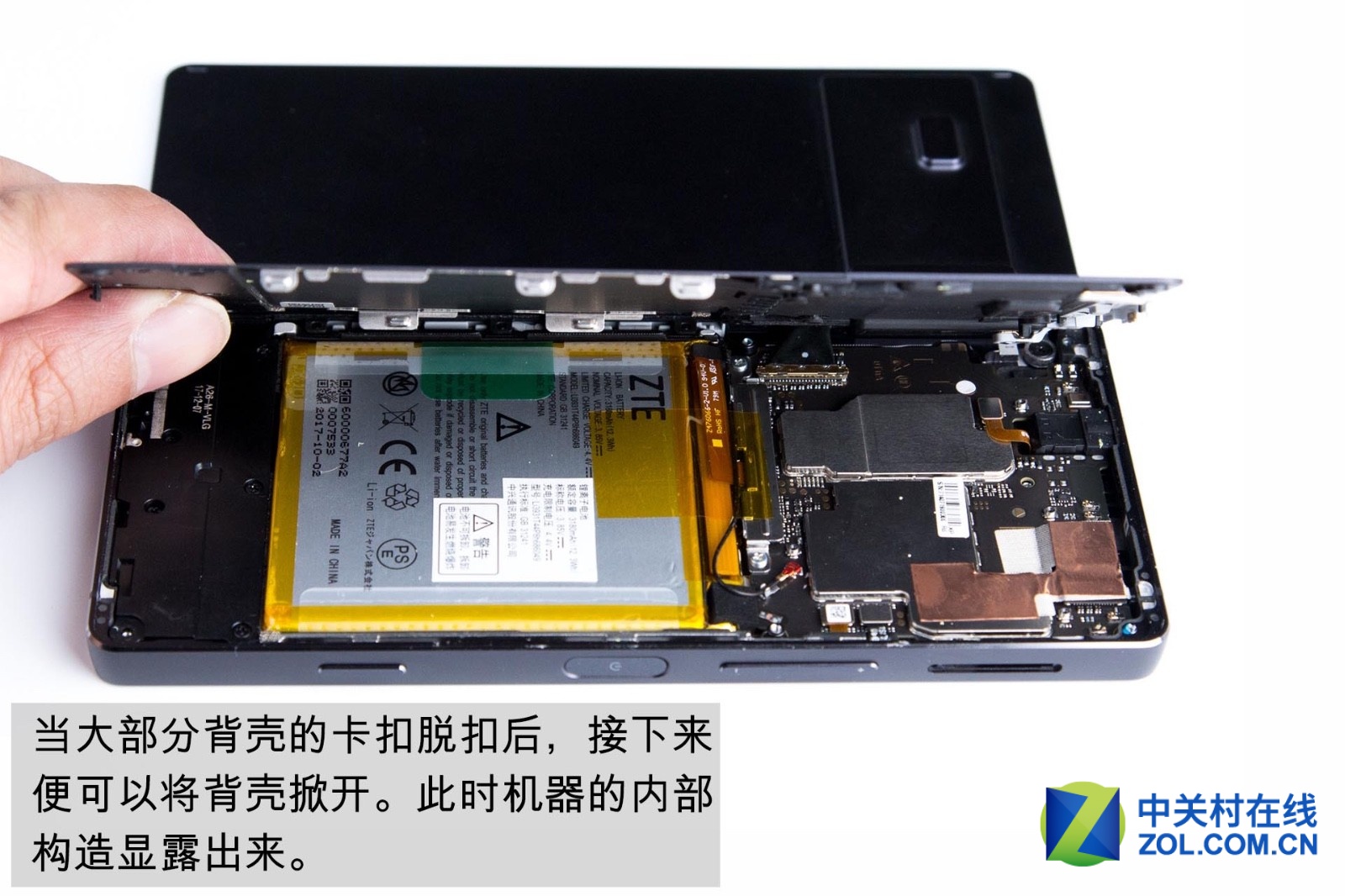 Its internal structure adopts three-stage design. Some connectors are fixed by metal cover, while others by foam. 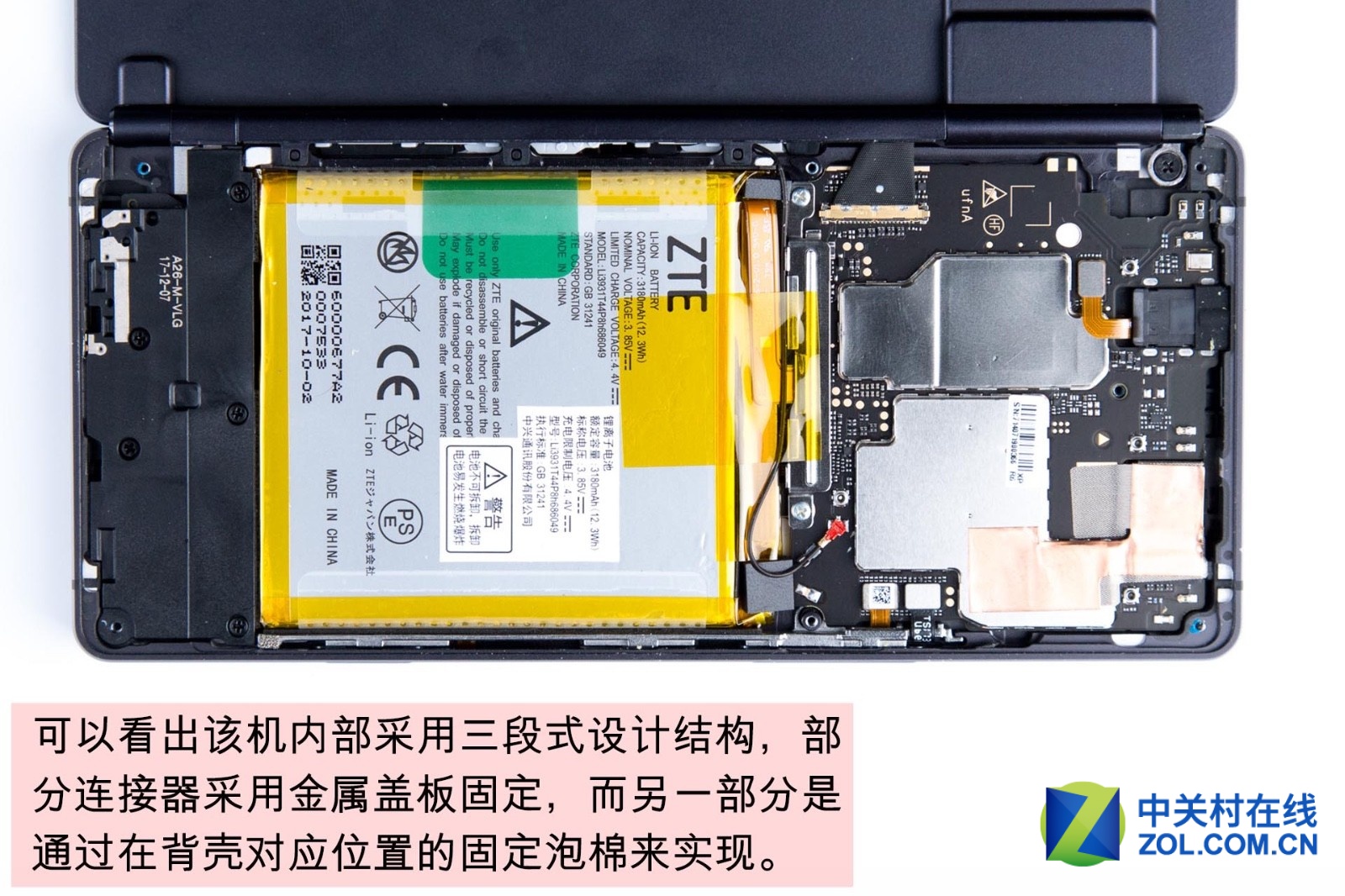 The back cover is covered by the graphite paster. 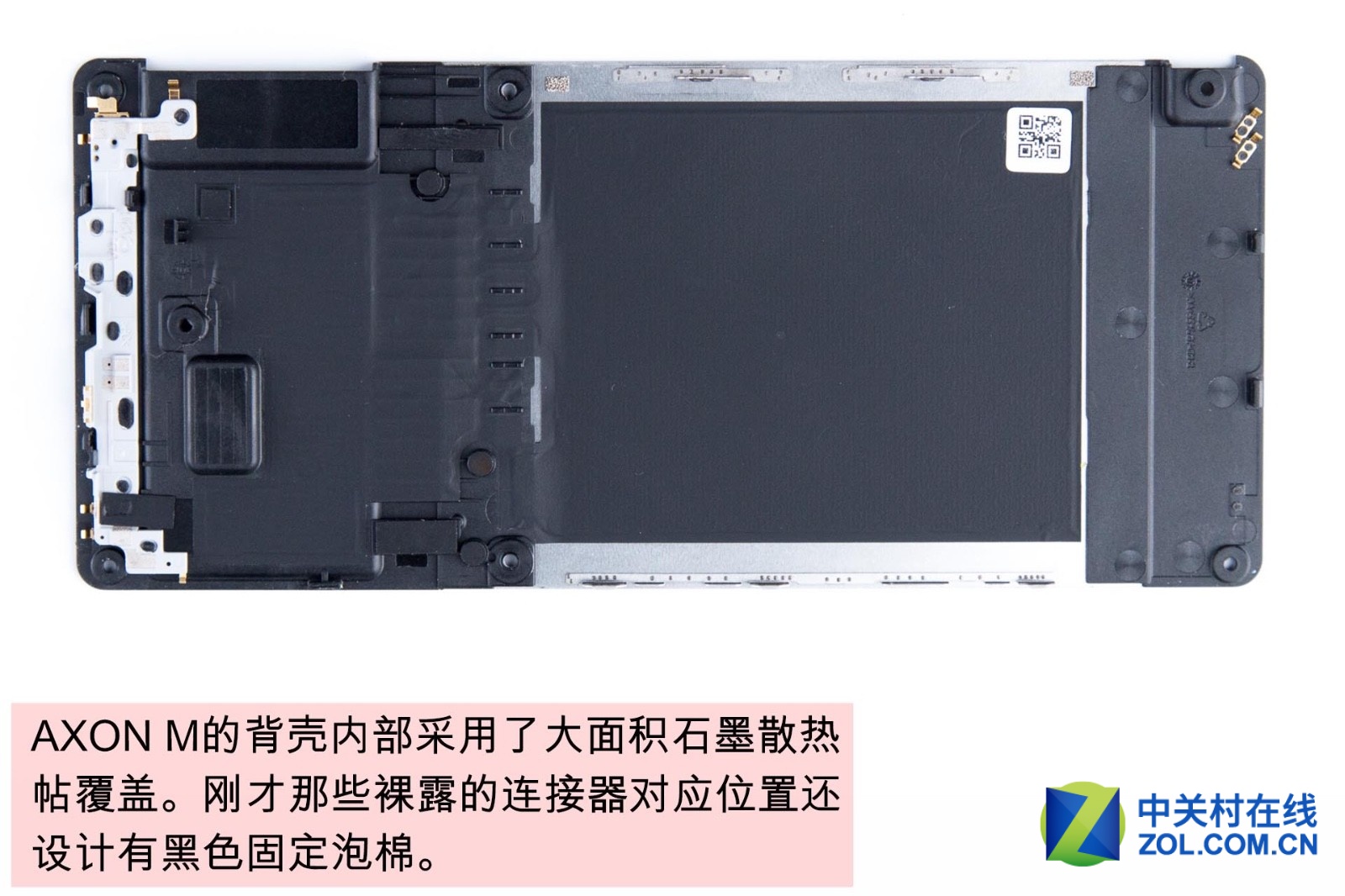 The smartphone’s four angles are thickened to improve hardness and protect internal components. 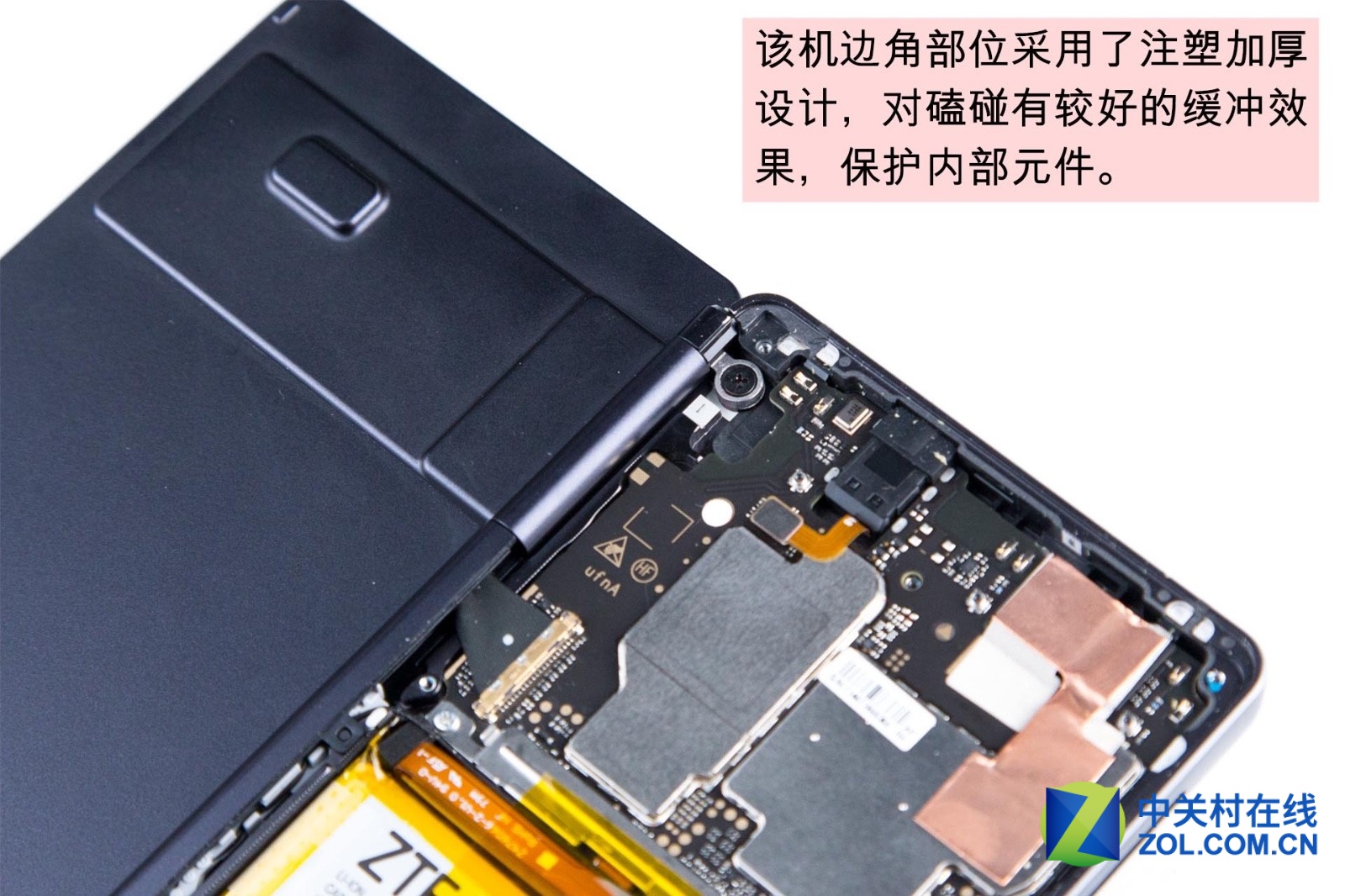 Remove two screws from the connector cover which is placed under the motherboard. 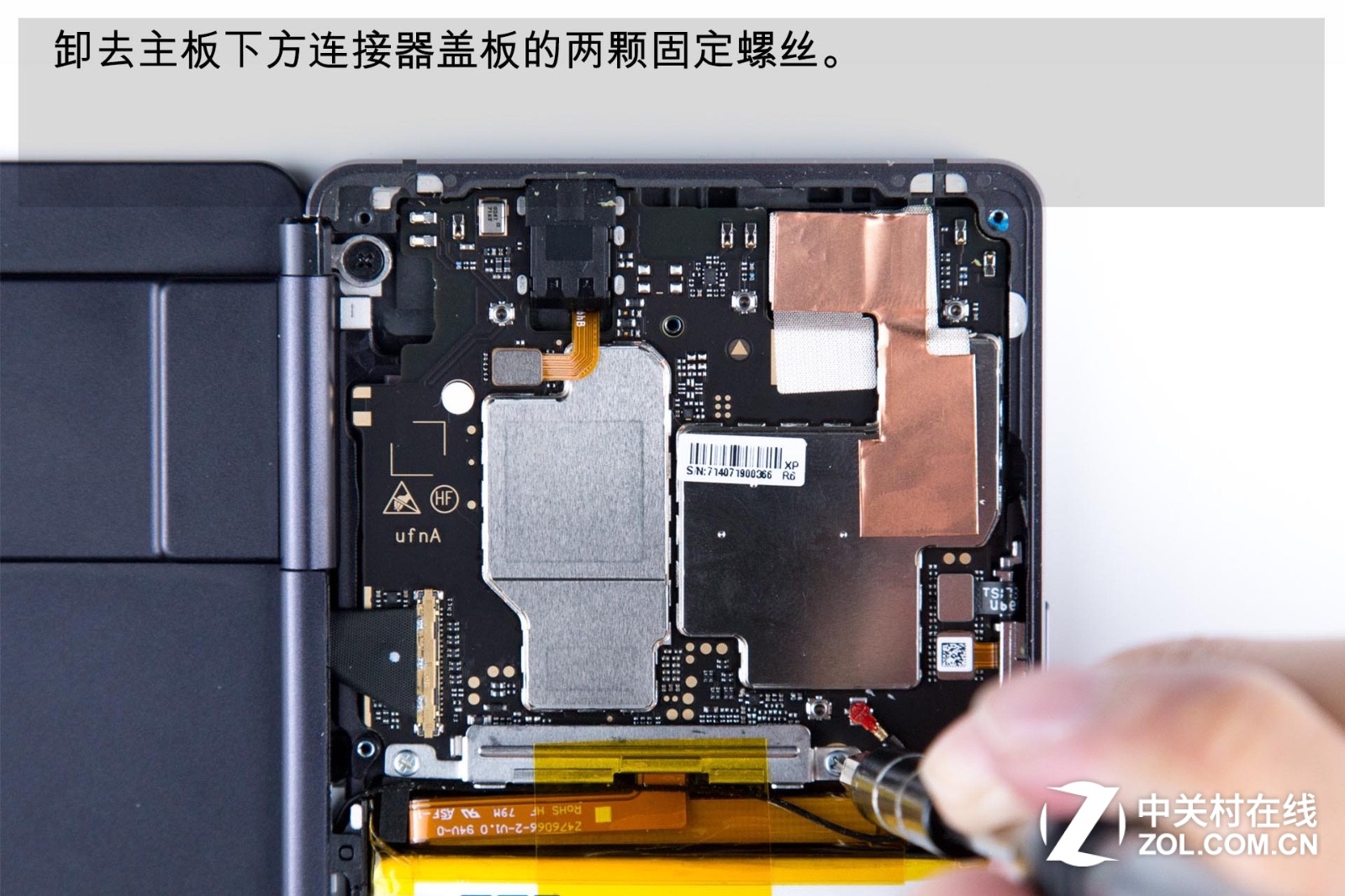 After removing the cover, the foam used to fix connector can be seen on the back cover. 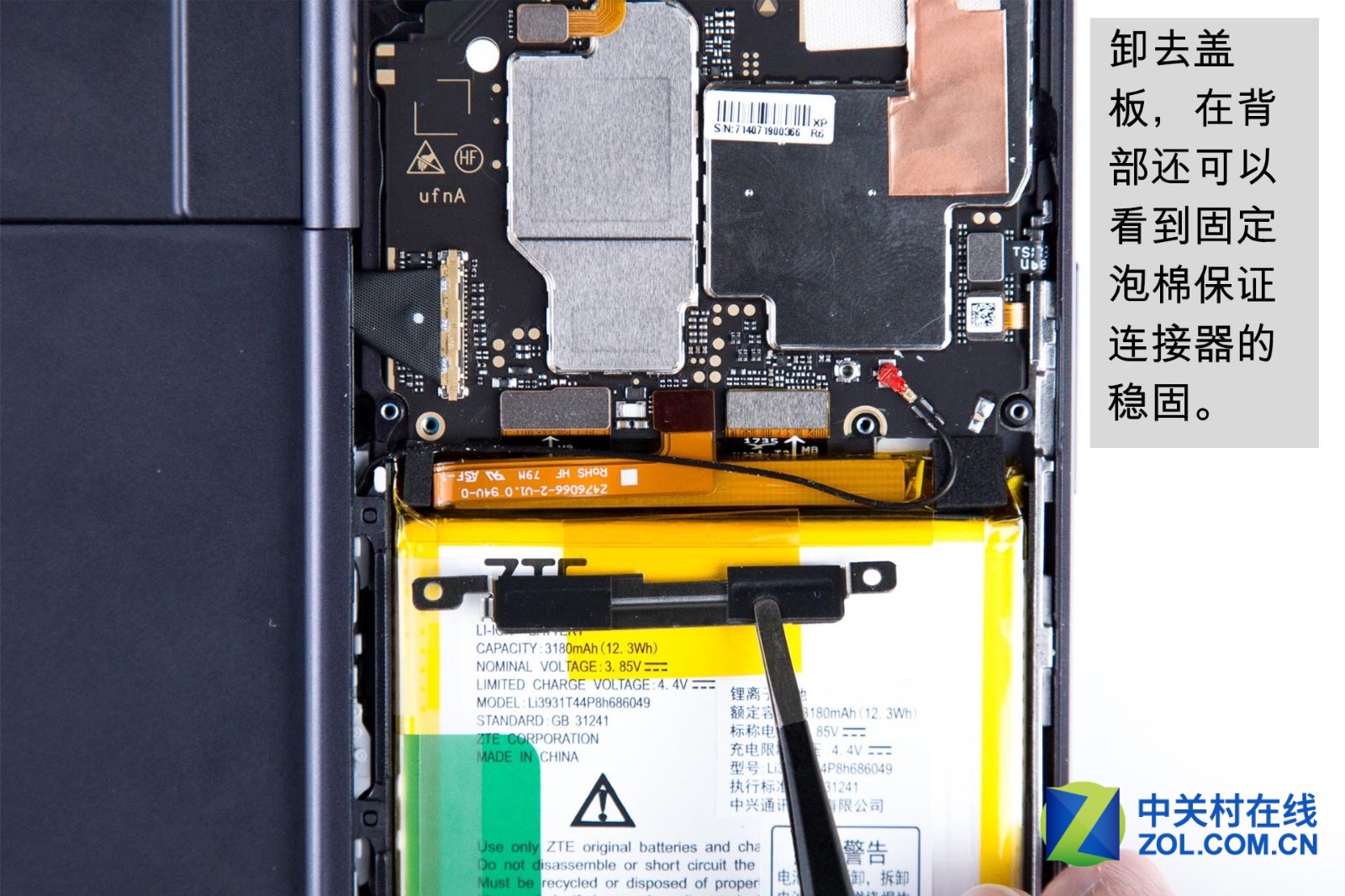 Disconnect three connectors under the back cover including main display connector, the power connector, and the vice board connector. 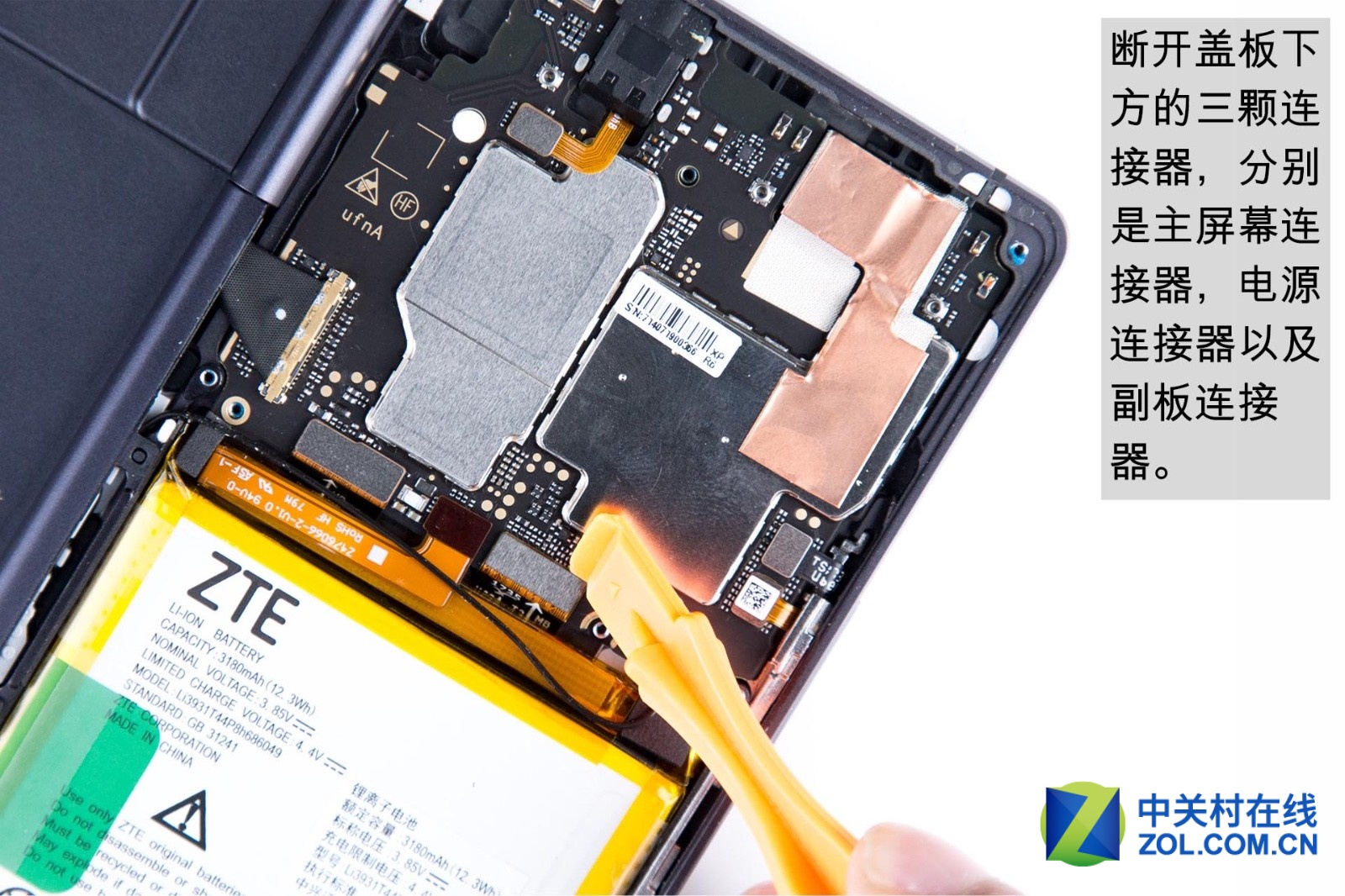 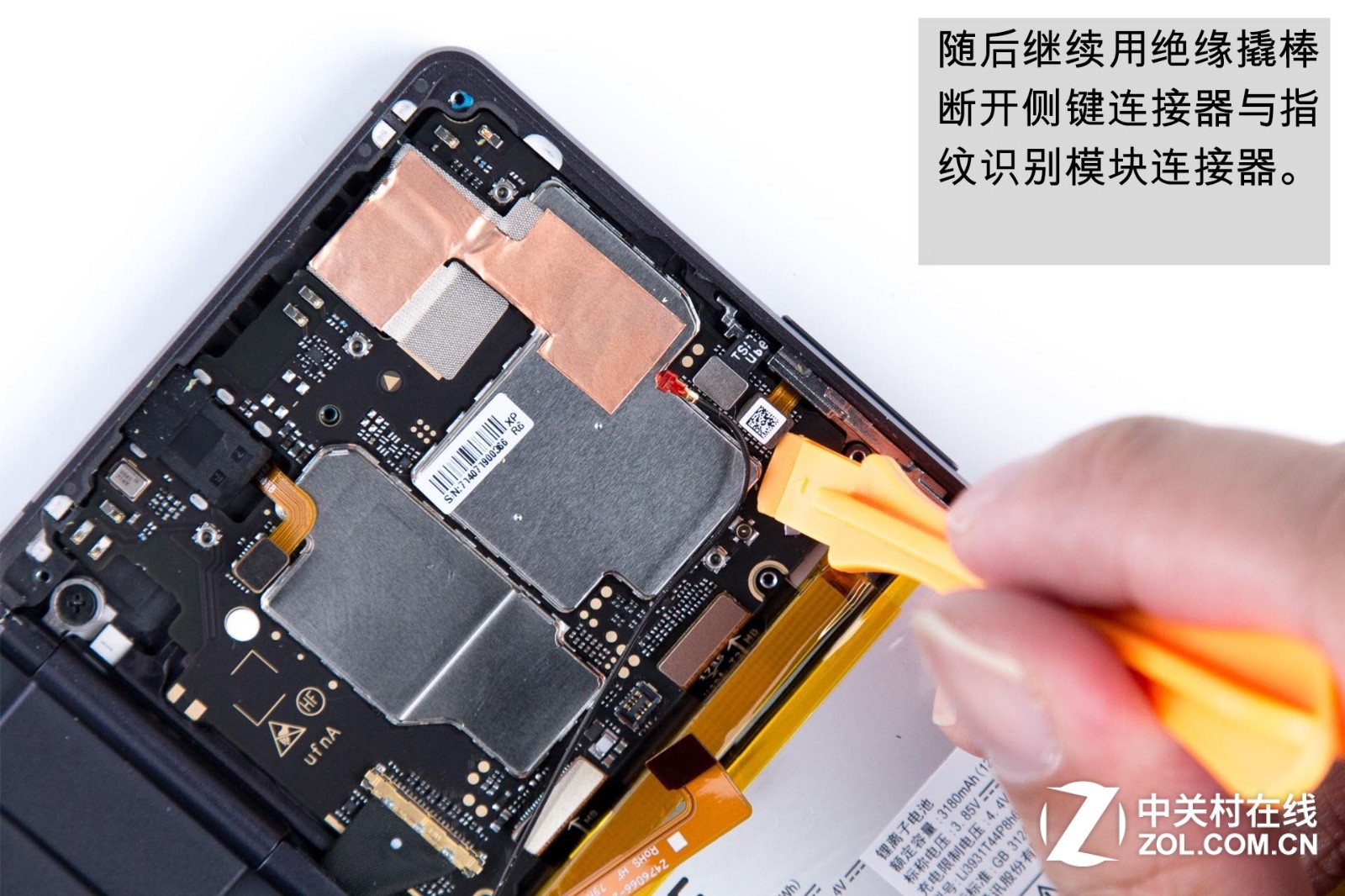 The main camera is covered by heat dissipation copper which can improve the stability of the main camera’s normal work. 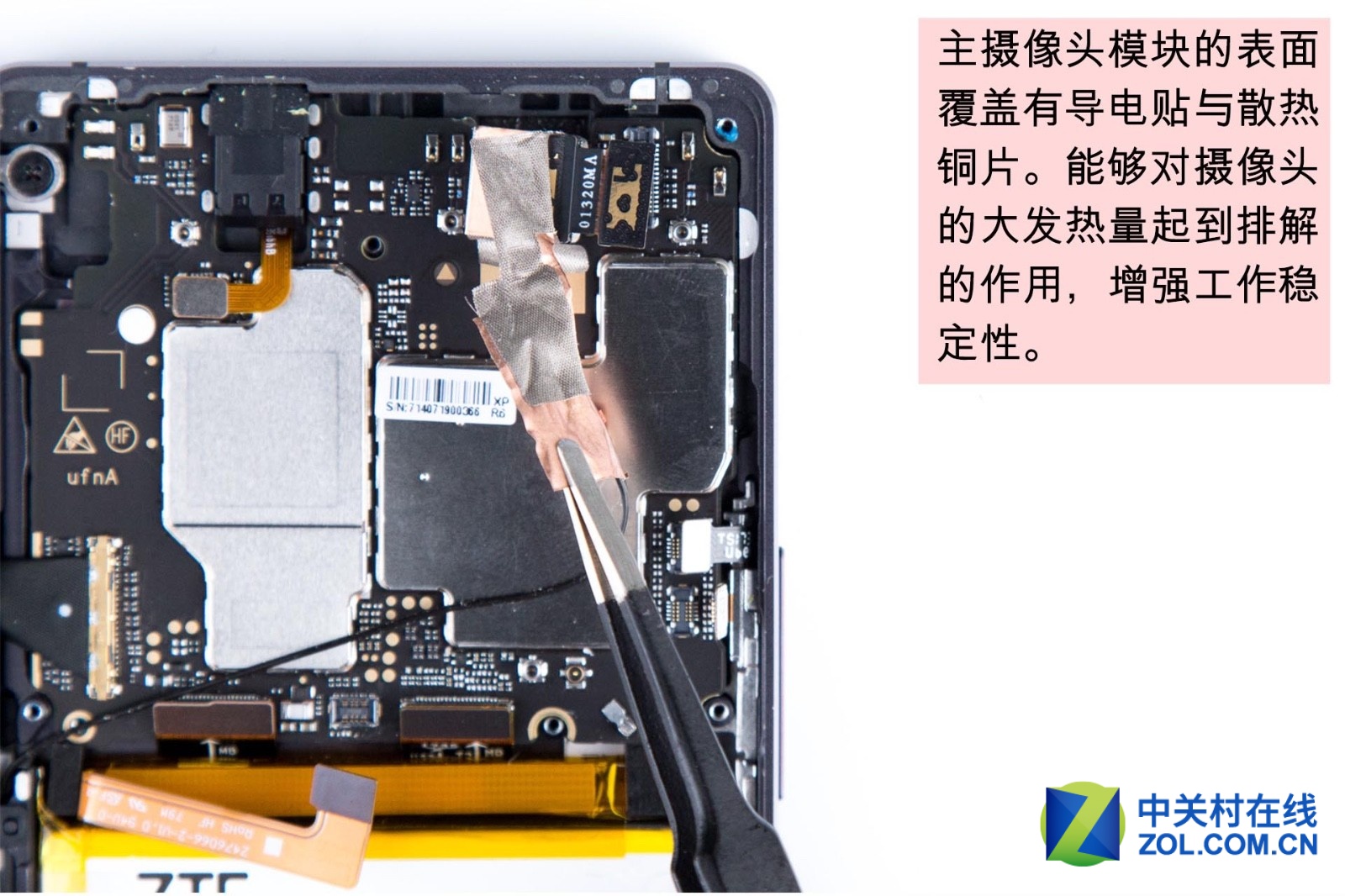 The phone features a F/1.8 aperture 20MP main camera which supports PDAF technology. After the test, we find that the main camera has good performance on bokeh effect. 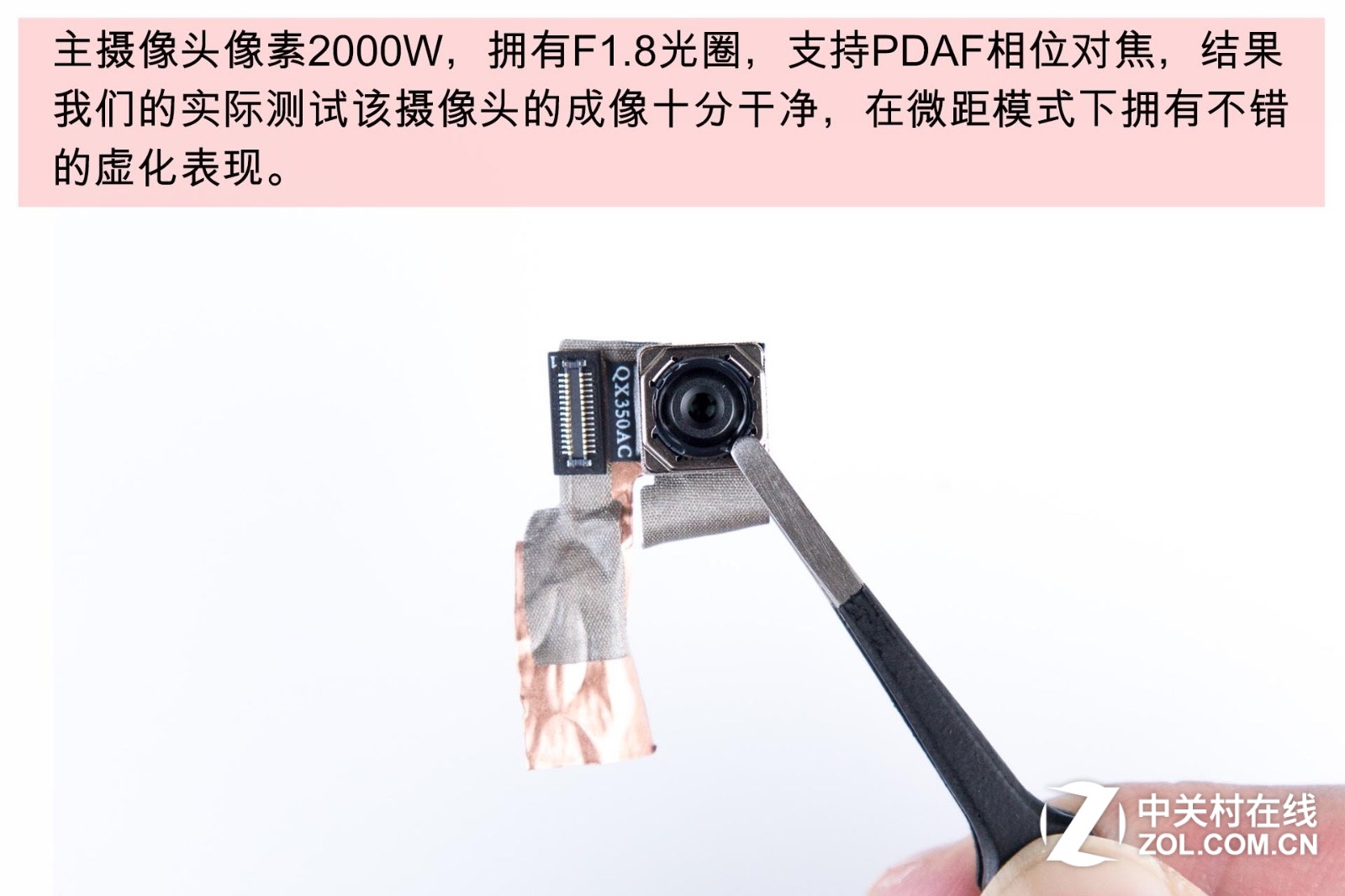 Disconnect the connector of the secondary display. The connector uses unique soft material which can guarantee signal transformation even under frequent fold operation. 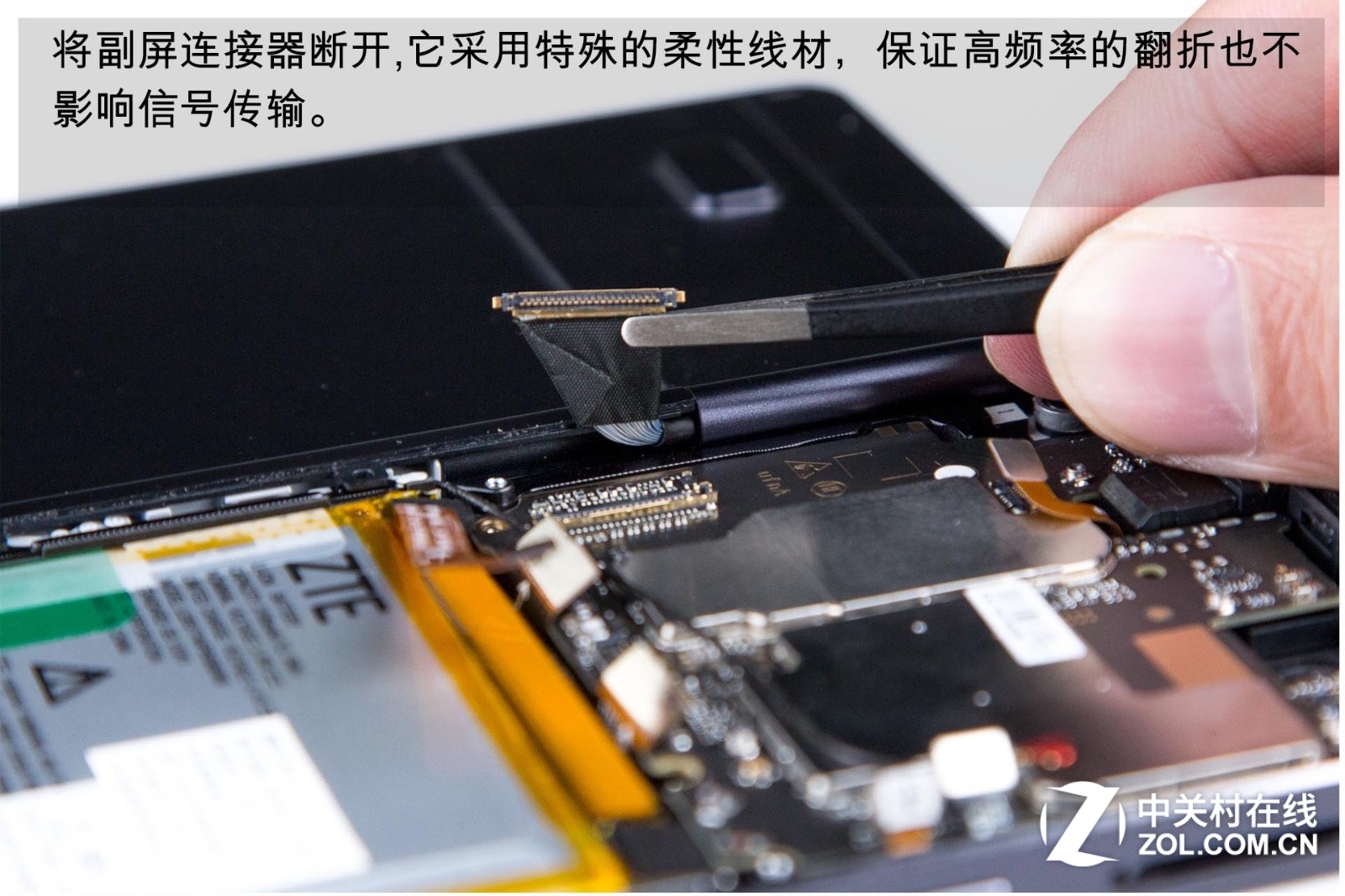 Then, we can separate the main board from the phone body. 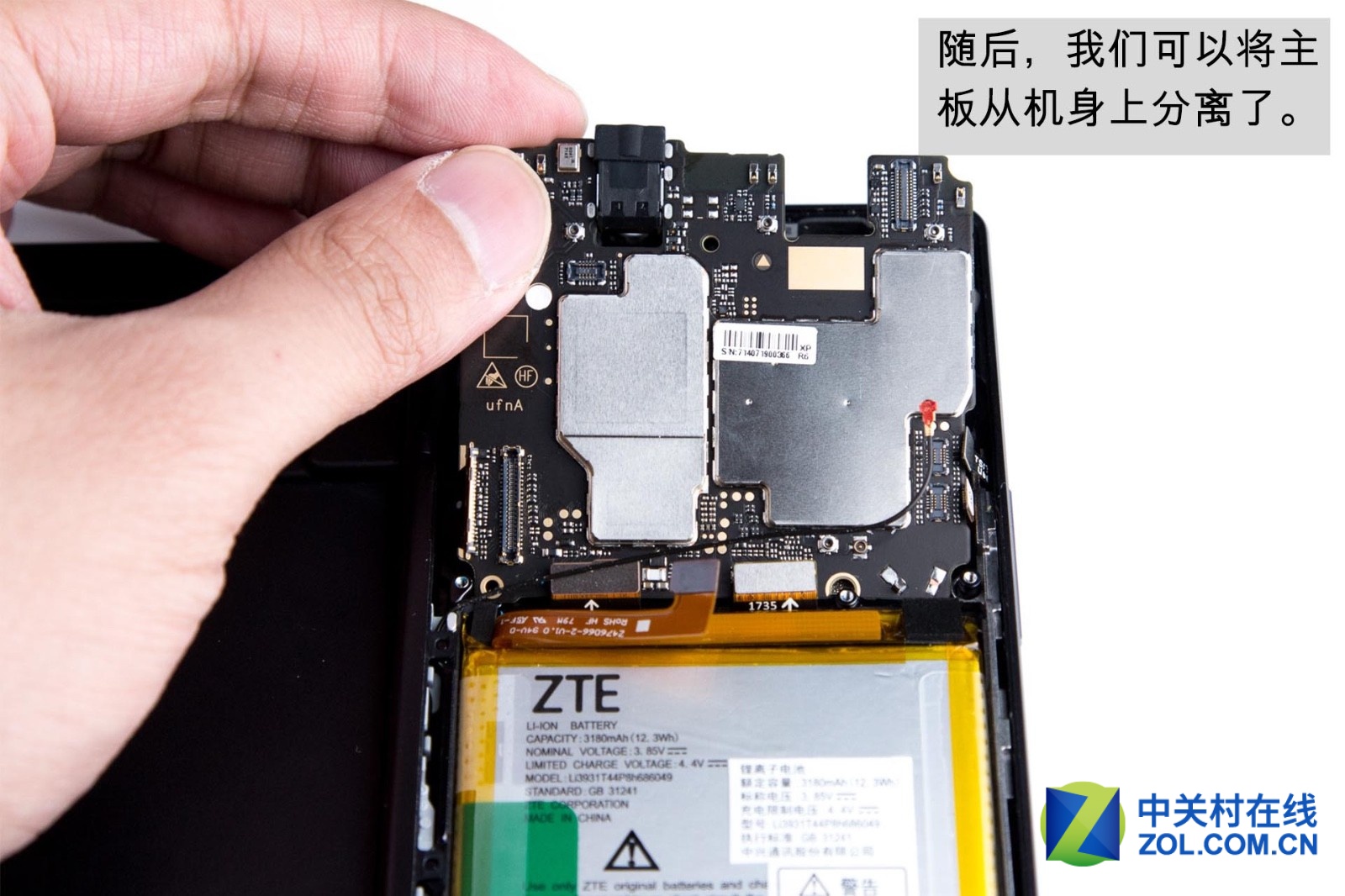 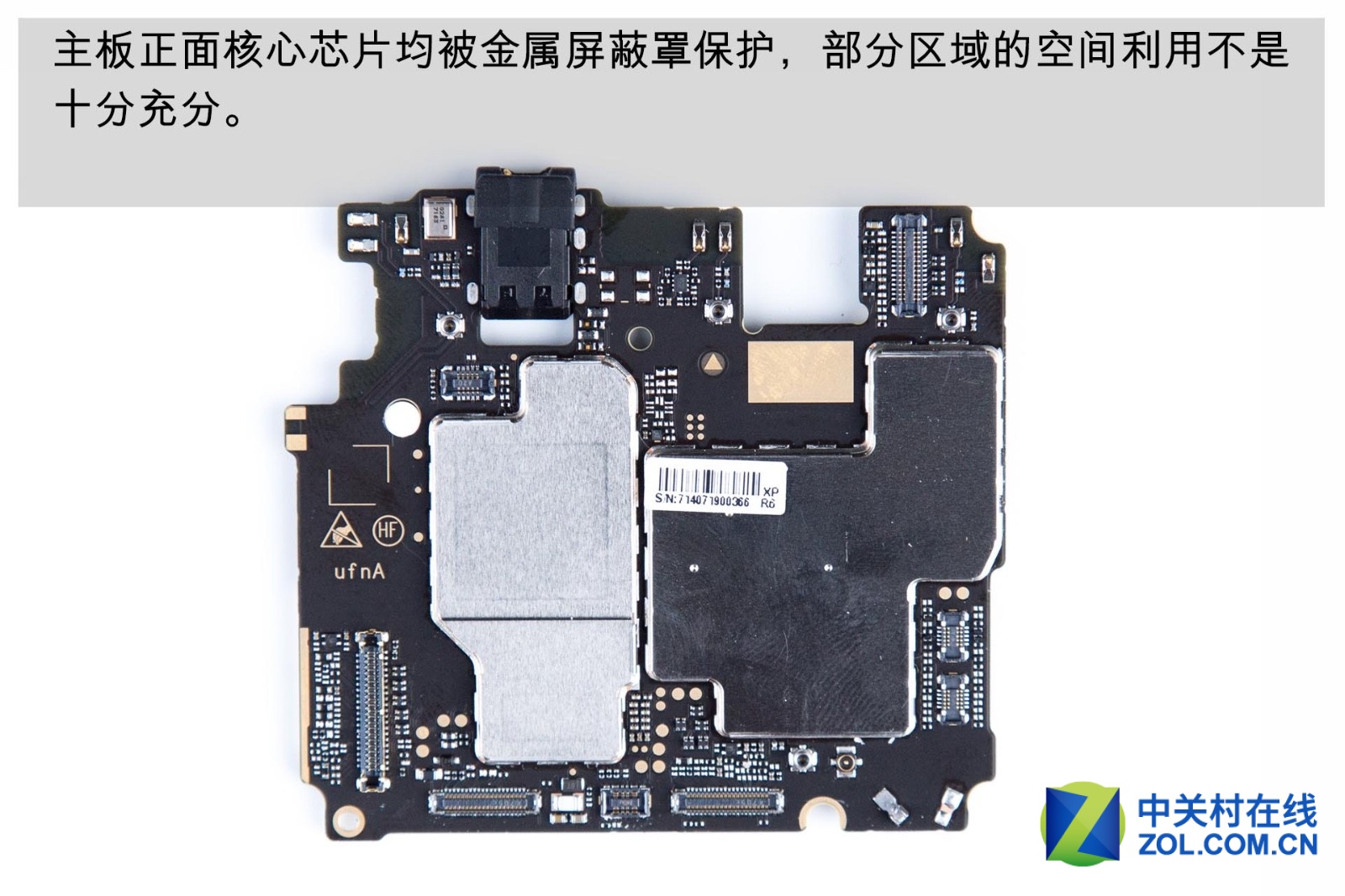 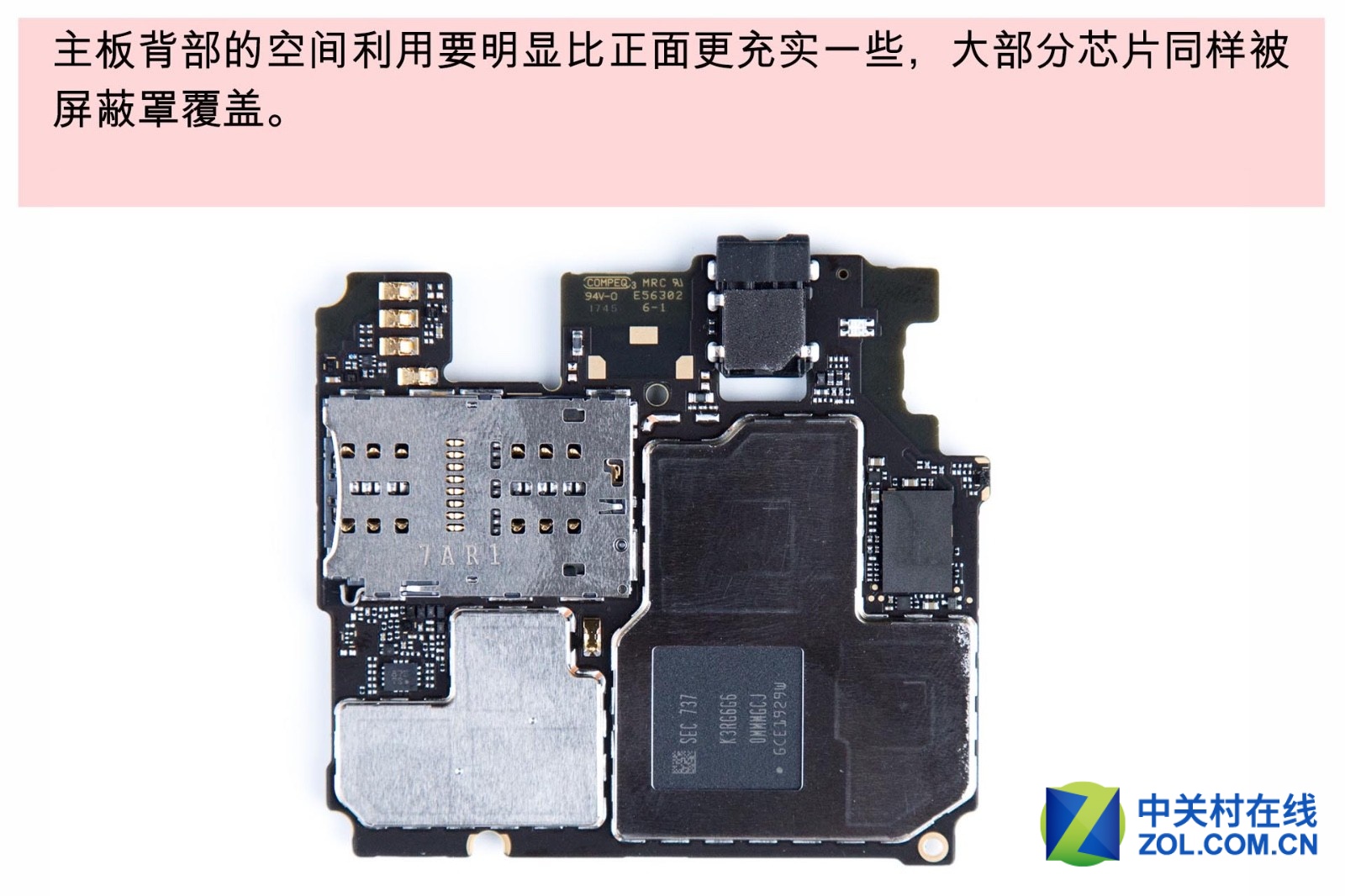 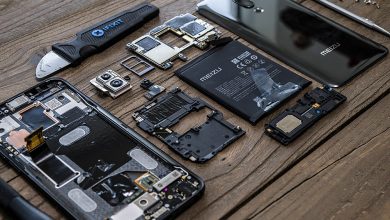