On the Geekbench, it can be seen that the new model is running an unknown chipset that has a codename “exynos2100” (maybe named as Exynos 2100). The chipset has a frequency of 2.21 GHz, which seems to be the base frequency. 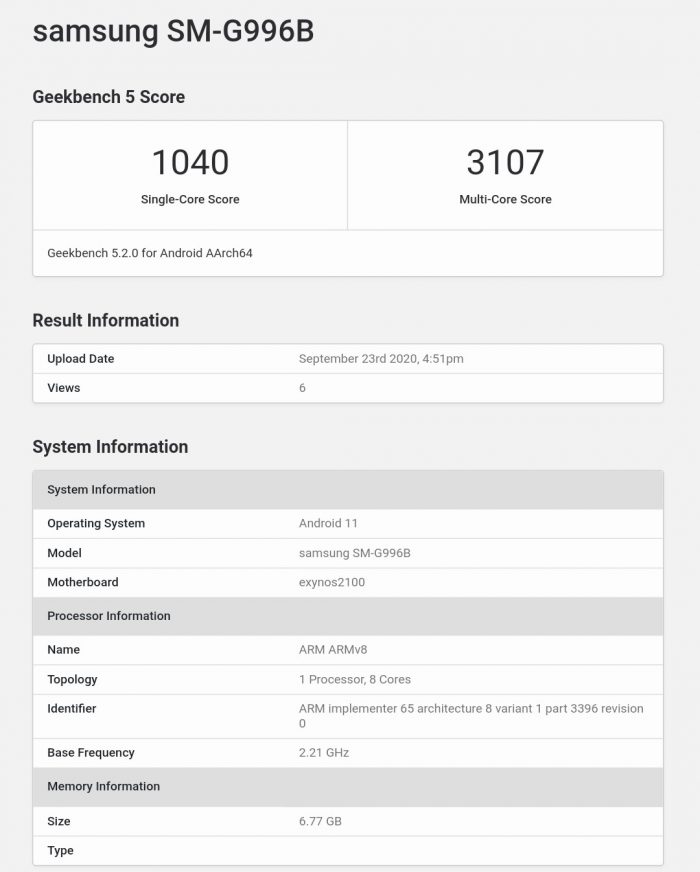 According to previous reports, this chipset will feature a Cortex-A78 core and Cortex-X1 core. This will significantly improve the performance of the chipset. The GPU used in this chipset is “Mali-G78.”

The phone has scored 1040 points on single-core, while on multi-score, it has scored 3107 points. The Geekbench scores for the phone are excellent. The phone is running the latest Android 11 OS (launched recently). Moreover, the RAM capacity is strange there, which 6.77 GB.

Currently, the leaks regarding Samsung’s new flagship series “Galaxy S21 Series” are too limited. But this major leak suggests that this time Samsung may launch the new S series at the start of the year (2021) or maybe earlier.