As the time of OnePlus 8T’s launch is coming near, the company is teasing the features of the phone. This morning, OnePlus has officially announced the battery specification of its upcoming model.

Through the official post (of OnePlus) on Weibo, it is reported that the new OnePlus 8T will feature a 4500mAh built-in battery. The charging speed of the battery is 65W, which can charge 70% of the battery in just 20 minutes. 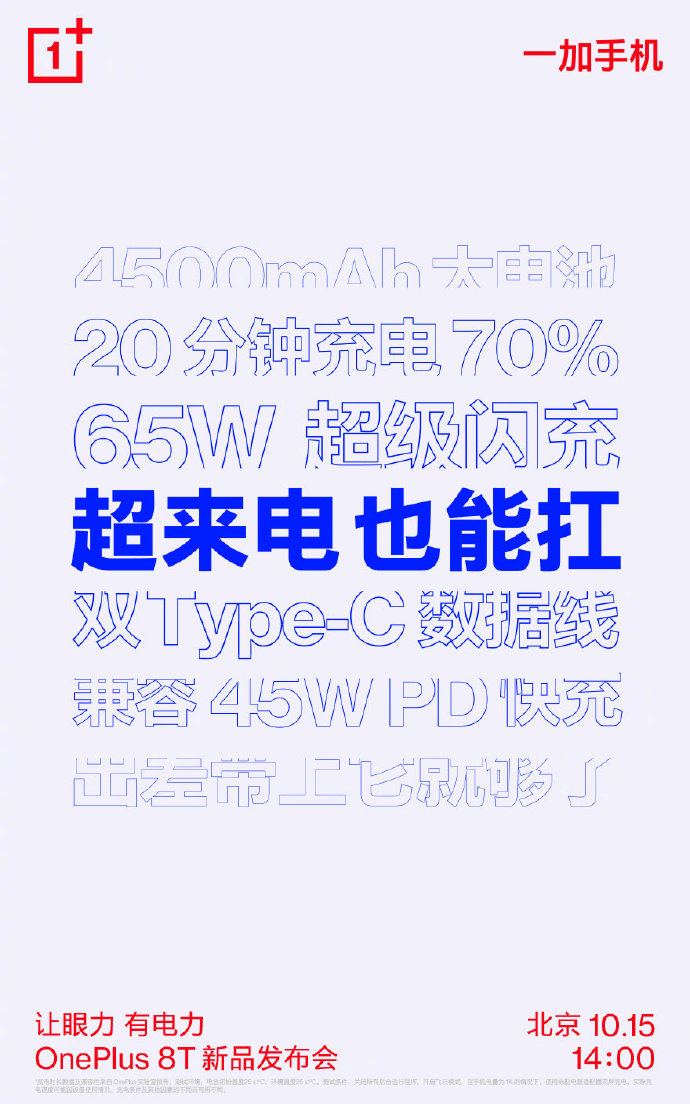 Moreover, it is also reported that the phone got dual USB Type-C cables and supported PD charging up to 45W fast charging.

We already reported that the upcoming flagship (from OnePlus) would feature a 2.5D screen, with a higher refresh rate support of 120Hz. The display has also passed DisplayMate A+ Certification.  The phone will also support a 90Hz to 120Hz refresh rate in gaming.

As per reports, it will feature the Qualcomm’s flagship chipset SD 865+. The Snapdragon 865+ is the latest flagship octa-core chipset based on a 7nm process with a maximum 3.1 GHz frequency.

In the camera section, it is expected that it may be a feature of a quad-camera (48MP+16MP+8MP+2MP) setup on the backside.

Currently, the new flagship is set to be launched officially on 15th October in an online event at 2 PM (Chinese Standard Timing). 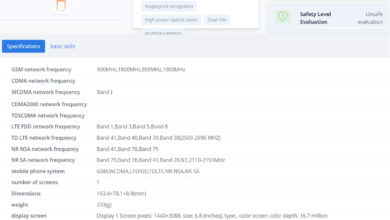