It is reported that Honor has added a new smartphone to its Honor Play Series. The new device is named “Honor Play 20.” As per specifications, it is observed that this new machine lies in the entry-level smartphones category. This new model doesn’t seem to be the successor of Honor’s Play4 series as it got too low specifications.

An entry-level chipset from Unisoc, “Unisoc T610,” has been used inside the phone, an octa-core chipset and based on TSMC 12nm manufacturing process. It features 2x Cortex-A75 Performance Cores (clocked @1.8GHz) and 6x Cortex-A55 Energy Saving Cores (clocked@ 1.8GHz).

In terms of camera, the phone features a dual-camera setup which consists of a 13MP Primary lens (f/1.8) and 2MP (f/2.4) depth lens. On the front side, there is a single 5MP (f/2.2) AI lens for capturing selfies. The phone also lacks a fingerprint sensor as well.

The phone is also powered by a 5000mAh Lithium-ion polymer battery which can provide excellent battery timing. In addition, the phone comes with only a 10W (5V, 2A) charger, which means that it lacks fast charging as well. The phone also features a USB Type-C port and a 3.5mm headphone jack.

In terms of software, the phone features the latest Magic UI 4.0, based on Android 10. 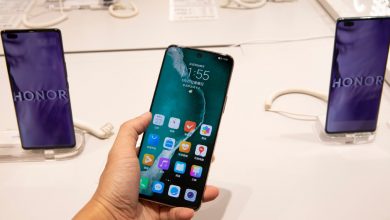