Today, our main aim is to review the HP Omen 16, which can also be called the base version of the 2021 models. Starting from the design and appearance, we have many different things to discuss like Keyboard, Ports, Display, Hardware Tests, Battery life, & Verdict. All of them are mentioned below:

The new HP Omen 16 (2021) comes with many optimized adjustments. This gaming book continues to feature the simple design concept (from the previous generation). At first sight, the overall appearance of the notebook appears to have remained relatively unchanged, but a closer examination reveals that there have been numerous changes.

One of the significant differences between the old and new model is the display size. The screen on the HP Omen 16 has been upgraded from 15.6 to 16.1 inches, increasing the viewing area by 6.6 percent, also improving the visual experience while keeping the body size close to 15.6 inches.

The HP Omen 16’s backside maintains the previous generation’s finely carved exterior design. The Omen Logo is placed in the middle, and its gradient design allows for different visual effects when viewed from various angles. Not only that, but the frosted spraying process gives the notebook’s backside a lovely and delicate feel. 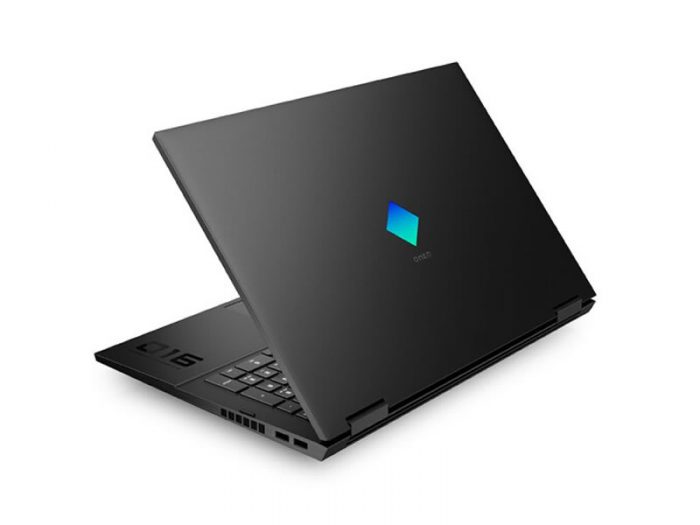 Furthermore, the HP Omen 16 features a novel cloud screen design that conceals the hinge, allowing for a smaller gap between the screen and the keyboard surface while maintaining heat dissipation behind the hinge, making the complete machine more compact; the weight is kept at 2.3kg, the entire machine is light and thin, and portability is good.

The display has been upgraded to a 16.1-inch high-definition IPS panel with a complete optional 2K (resolution) + 165Hz (refresh rate) gaming screen. The screen ratio is 16:9, which is the most popular right now. At the same time, the screen boasts a 100% sRGB high color gamut and a rich and full-color display.

It can create a great display impact whether it is being used for gaming or post-editing. Not just that, but on three sides as well. The aesthetic effect of the narrow frame design is fantastic. Furthermore, the screen’s rapid refresh rate can result in a more fluid visual experience. Players may enjoy silky-smooth gaming at high resolutions with the RTX 30 series graphics card.

The HP Omen 16’s keyboard also appears to be quite simple and elegant. Players will enjoy a better gaming experience thanks to the white lighting and the 26 non-impact keys. At the same time, the key spacing is appropriate. Each key may be precisely positioned when typing, which is helpful for our regular activities.

This keyboard features key travel of more than 1mm, good key feedback, and no murky water when it comes to key travel. Typing is more smooth and pleasant for our daily usage. There is also an HP game control center on the top of this keyboard keypad (Omen Gaming Hub) shortcut keys, which allows you to enter the program with just one keypress.

The trackpad area of the notebook has grown by 19% over the previous generation, and the surface feels good, has improved placement, and enables multi-finger operation, custom shortcut gestures, and other features that make daily use more convenient.

The majority of the ports in this gamebook are located on the left side of the fuselage. When we connect multiple devices, we may use the right-hand mouse in various ways, which is helpful.

The number is enormous, the diversity is extensive, and it is simple for us to connect various pieces of equipment on a daily basis.

The fact that this notebook has been equipped with the latest PCIe 4.0 gaming-grade SSD is also worth highlighting. Almost all games can be loaded in a matter of seconds, and the system is much faster. The hard disk’s Sequential Read is up to 6614.5MB/S after our actual test. This is twice as fast as the fastest PCIe 3.0 Gen3*4 interface on the market, and the overall performance is excellent.
CrystalDisk Mark 6.0.2 scores
Sequential Read Q32T1: 6615MB/S
Sequential Write Q32T1: 5020MB/S
Random Read 4KiB Q32T1: 2268MB/S
Random Write 4KiB Q32T1: 2100MB/S

The notebook supports DDR4 Memory with a maximum clock speed of 3200MHz, which appears to be adequate for a gaming laptop.

The HP Omen 16 is powered by an Intel Core i7-11800H CPU from the eleventh generation. This CPU has a 10nm process, Tiger Lake core architecture, eight cores, and sixteen threads, a default frequency of 2.3GHz, and the single-core is the most powerful. The turbo frequency is up to 4.6GHz, with a 24MB cache and a 45W TDP.

The latest NVIDIA RTX 3060 graphics card is installed in this gaming laptop. It is based on the newest ampere architecture based on an 8nm technology and is a full-power version of a 115W notebook graphics card with exceptional performance.

The new Omen 16 comes with a 6-cell, 83 Wh Li-ion polymer battery that, according to the company, can provide a battery backup of up to 9 hours, although this, of course, depends on how you use the notebook. A 200W Smart AC Adapter is included in the box for charging the laptop.

The new gaming laptop also includes HP Omen Gaming Hub, which appears to be quite crucial to mention in the review due to its extensive set of functions.

This software can be used to add your favorite games, apps, and other applications and to design your desktop wallpaper, and earn rewards and content by completing challenge tasks in the game center. We can also keep an eye on the machine’s operational status in real-time, as well as the utilization rate and heat dissipation of the core components.

It’s worth mentioning that you can activate the violent mode from the performance control page. After activating this feature, the entire machine’s performance will be entirely unleashed. Players can also adjust the fan speed manually to achieve the most excellent mix of performance and heat dissipation.

Allow the fan to run at a low speed to provide consumers a more noticeable mute effect; if the fan is put in the center, it will be balanced mode, considering both performance and heat dissipation and noise.

There is also a CPU voltage reduction function in the HP Game Control Center (Omen Gaming Hub), which intelligently cuts the core voltage with one button, lowering the processor’s temperature while delivering the optimum energy consumption ratio.

It’s worth noting that the light Studio in the control center can link multiple peripherals, allowing HP monitors, headsets, keyboards, and mouse to link the lighting effects and allowing players to generate unique settings.

For the benchmark test session, we enable the graphics card direct connection mode as well as the system’s berserk mode. The operating system is Windows 10 Home, the RTX 30XX graphics card driver is version 462.42, and the temperature in the room is 29°C.

7-Zip Test: The overall result of this CPU in the 7-ZIP test is 70325MIPS, which is excellent, and while its multi-threading ability is also incredible.

3DMARK: First, we ran the DX12 benchmark performance test. The TimeSpy has scored 8638 points (in which the CPU Score is 10237 points and GPU score is 8409 points). The machine’s overall performance seems decent.

After actual testing, the complete scores of the final machine’s FireStrike, FireStrike Extreme, and FireStrike Ultra projects are 18800, 9698, and 5156, respectively, and the complete results are pretty good.

In the gaming test session, we tested the six most popular games, and their final results are following:

Assasin’s Creed: Odyssey: The final test average number of fps in Assassin’s Creed: Odyssey is 68, and the game’s spectacular effects are the best. Among them, the maximum fps count in the game was 125. Overall, this can be said a fantastic performance.

Far Cry 5: The final score of Far Cry 5 has an average of 111 fps per second, and the picture quality is excellent. When it comes to the current gaming market, this performance is unquestionably the best.

Zombie World War: We used DX11 rendering in Zombie World War, and the game’s special effects are the highest custom. The finished game’s test fps number is 168, indicating that the performance is excellent and can fulfill the requirements for smooth operation.

Galaxy Ripper: It is a well-received role-playing game. For testing, we use the built-in Benchmark. It can meet the criteria of perfectly smooth running games, whether it is a processor or a graphics card. The average number of CPU fps is 65, the graphics card’s average number of fps is 205, and the game experience is outstanding.

This year’s HP Omen 16 is a hefty new gaming laptop. This gaming notebook has been upgraded with a new RTX 30 series game graphics card and the latest eleventh-generation Core processor, allowing it to perform exceptionally well.

At the same time, this notebook has a simple appearance, continuing the overall style of the previous generation, but has been upgraded in many places, which is more in line with the aesthetics of young users pursuing a simple appearance.

At the same time, this notebook has a simple design, maintaining the overall style of the previous generation but with many upgrades that are more in line with the aesthetics of young users who like a simple appearance.

The Omen 16 (2021) is already available for pre-order on several e-commerce platforms. According to its specifications, the price is likewise excellent ($849). It is now the most cost-effective enthusiast-level gamebook on the market. It is not to be missed by players who enjoy it. 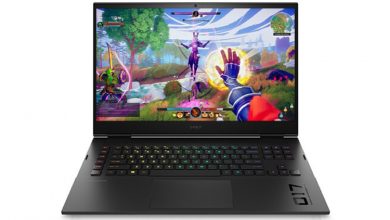 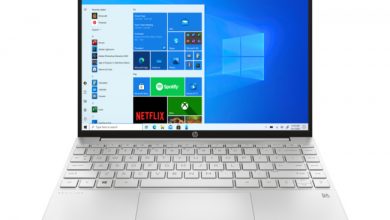 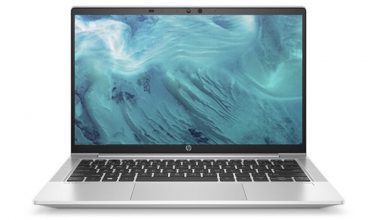