It seems like Oppo is planning to launch a new smartphone which will be a better version of Oppo’s A53. Recently, a new device with a model number “CPH2135” appears on GCF Certification.

The name of the device is Oppo A53s (as mentioned) which will be a better version of Oppo’s recently launched model A53. Previously, the same model number has been spotted on many other certification sites. According to FCC Certification, the appearance would be almost the same as Oppo A53. 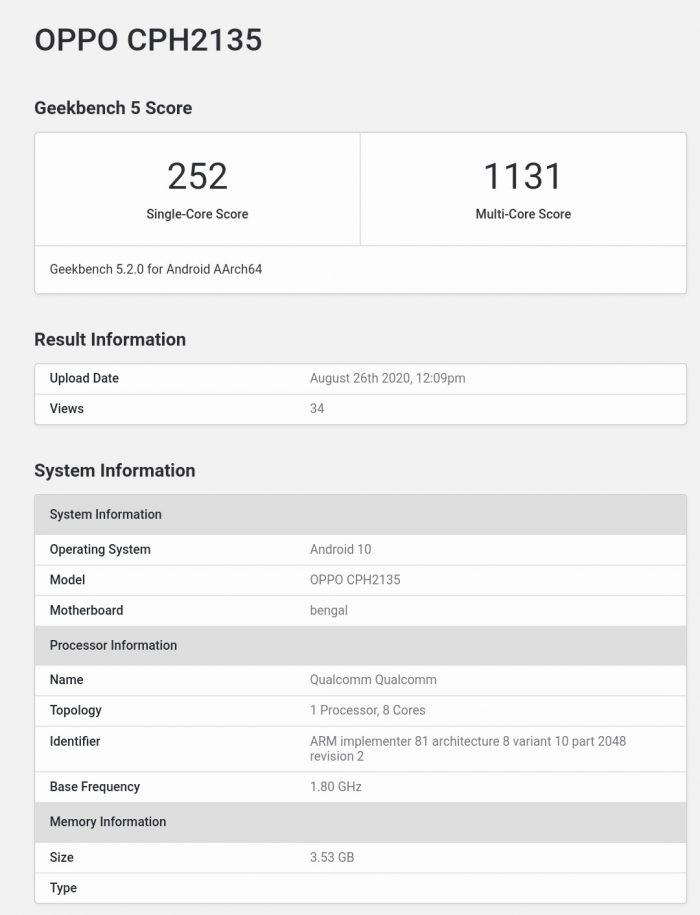 After all these leaks, it seems like the Oppo A53s will be a slightly upgraded version of Oppo’s A53. It may be equipped with a little more storage or RAM. The rest of things seems to be the same as Oppo A53.

Currently, the new Oppo A53s is only in leaks, there is no official announcement regarding the launch of this model. But it is expected that Oppo may launch this version soon.