Yesterday, OPPO officially announced that its brand new Reno6 Series would be launched on May 27. The officials didn’t reveal the specifications yet, but all of them are known. The first look (or appearance) of the Pro and Pro+ model is also available on the internet.

Today, the standard version of the Reno6 series has been listed on JD.com. The listing has revealed the color options information along with its renders. As can be seen, the Reno 6 standard version features a single punch-hole (at top-left) Flat Panel AMOLED Display.

On the backside, there is a rectangle-shaped camera bump that consists of a triple camera setup with a primary 64MP lens (as mentioned). It is also observed that the phone has flat side edges like Apple’s latest flagship series, iPhone 12 series.

Overall, the design is similar to the previous generation model (Reno5 Standard version) except for the side edges. The numbers of the camera are also reduced while the area of the LED flashlight has been increased.

The pre-booking of the Reno6 series is already open. Buyers can pre-book the model they want and get gifts through lucky draw (like OPPO Band or Bluetooth Speakers) on delivery (expected on May 27).

For information about the other two models, check out our previous articles. 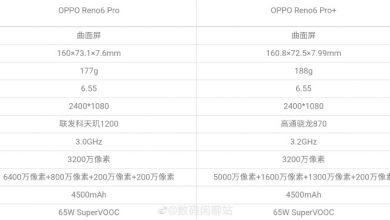