A few days ago, we reported that Realme has started to develop the all-new Realme X9 series. Even the standard model from this series was also listed on TENAA and 3C Certification. It seems that the launch of Realme X9 is now nearer, as today, we got another leak.

This evening, the Pro model from the Realme X9 series has been listed on TENAA Certification with the model number “RMX3381.” As per previous reports, the model RMX3381 belongs to the Realme X9 Pro. The TENAA certification has revealed the key specifications and the images of this model.

As mentioned and seen in the images, the new Realme X9 Pro features a 6.5 inches (most probably AMOLED) single punch-hole display. The overall dimensions of the phone are following: 162.5*74.8*8.8mm. It is observed that the Pro model would be larger in size and is also thick when compared with the standard version. Furthermore, the design is also a lot different.

We have a quad rear camera setup placed in a rectangle-shaped module with an LED flash on the backside. The specifications of the camera setup are currently unknown. The Pro model comes with a shiny back and some lining design, unlike the standard version (with plain design).

On the right side, the phone is also equipped with a side fingerprint scanner. It is also mentioned that the Realme X9 Pro features a 4880mAh rated battery (total 5000mAh capacity) with the combination of 65W super-fast charging (as per rumors). The phone runs on the latest Android 11 OS (with Realme UI 2.0).

As reported previously, the new Realme X9 Pro will feature the latest sub-flagship chipset Snapdragon 870, an overclocked version of the Snapdragon 865 series chipset. The chipset is based on a 7nm manufacturing process and has a maximum frequency of 3.2GHz.

Currently, the specs information of Realme X9 Pro is limited. We have to wait for more leaks to have a complete specs list. 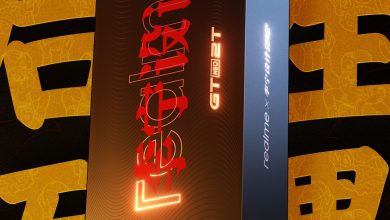 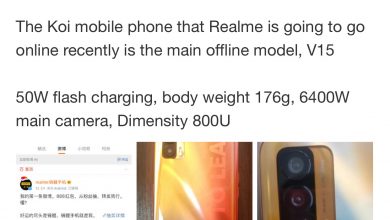