First, use a screwdriver to remove all the screws that secure the bottom cover, and then remove the bottom cover.
It is worth noting that many Acer notebooks have a power-off switch on the bottom cover. When the Windows crashes and needs to be physically powered off and shut down, use the card pin to insert it into the small hole in the upper right corner. 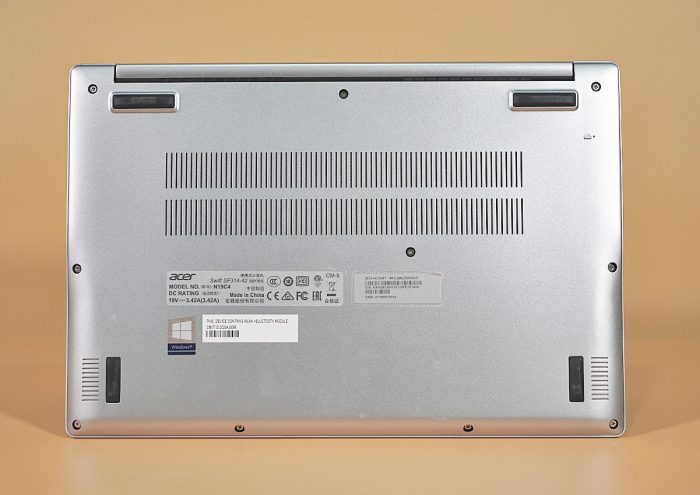 After removing the bottom cover, let’s take a look at the internal structure of Acer Swift 3 SF314-42. It is equipped with a Ryzen 7 4700U processor. Its cooling system has only one copper tube and one fan. Due to conservative performance settings and an 18W power wall, this cooling module is sufficient to meet the needs of heat dissipation.

Its battery capacity is 48Wh, which is an entry-level level among thin and light notebooks. However, due to the conservative performance settings of the Acer Swift 3 SF314-42, the battery life is amazing and can easily reach more than 10 hours.

This is an Intel AX200NGW wireless network card, it supports Wi-Fi 6 network and can achieve a connection speed of 2.5Gbps at 5GHz 160MHz. Below this white sticker is the memory module, which is soldered directly to the motherboard and has no extra memory slots, so the notebook’s memory is not upgradeable.

In the upper left corner of this picture is the power-off button previously seen on the bottom cover. 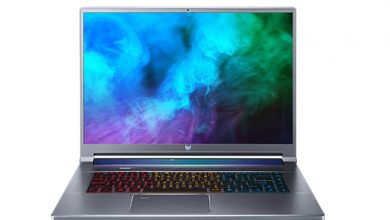