Today, a new device from Samsung with a model number “SM-A526B” has been spotted on Geekbench. According to the model number, it can be observed that this is the 5G version of Samsung’s upcoming famous mid-range device – Galaxy A52.

The previous model, Galaxy A51 5G, has almost the same model number SM-A516B. As per reports, the letter B represents the 5G version. 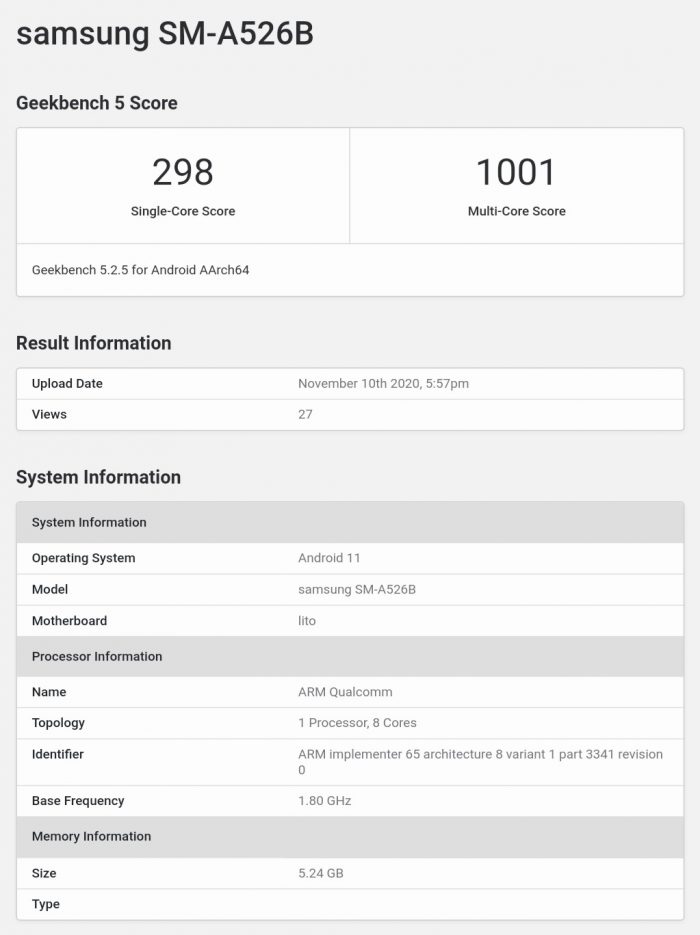 In the Geekbench, it can be seen that this new model of Samsung Galaxy A series is powered by Qualcomm’s mid-range chipset “Snapdragon 750G (8nm)”. The Snapdragon 750G is an octa-core chipset that has a maximum frequency of 2.2 GHz. The variant which got spotted on Geekbench has 6 Gigs of RAM.

Another chipset named “Exynos 981” is also expected to be featured in the 4G variant. The Exynos 981 is a little upgrade over the previous Exynos 980 5G chipset. It was also rumored that the new Galaxy A52 would feature a quin-tuple camera setup on the backside. The previous model has a quad-camera design with a primary 48MP sensor.

Currently, this new model is expected to launch in the 1st Quarter of 2021.