Starting with the model number, it is the first time that a Samsung tablet device is using the alphabet “X” in the model number. It is worth mentioning that (in total) two models have been listed on the certification site in which the “SM-X200” is the Wi-Fi version while the “SM-X205” is the LTE version.

Surprisingly, the tablet has been certified with two different chargers which are the following: Samsung 7.5W (5V/1.55A) EP-TA50CBC charger and Samsung 15W (9V/1.67A) EP-TA200 charger. It is not confirmed whether which charger, Samsung would use with its new entry-level tablet.

As per previous info, the new Galaxy Tab A8 2021 is expected to feature a 10.5 inches LCD display with a Full-HD+ (1920*1200) resolution and an aspect ratio of 16:10. The tablet wouldn’t be disappointing in the display section. It is worth mentioning that the refresh rate is still limited to 60Hz.

Moreover, the new Tab A8 2021 is also expected to be powered by the Unisoc Tiger T618 entry-level chipset, based on a 12nm manufacturing process and features two Cortex-A75 cores (2.0GHz) and six Cortex-A55 cores (1.8GHz). It seems that the tablet is designed only for light operations like office work or communications purposes.

In terms of storage, the tablet will have a base variant with 3+32GB Storage while the high-end variant may feature a 4+64GB or 4+128GB storage option. Moreover, a 7040mAh battery will also be equipped on the tablet.

Sources also claimed that there would be an 8MP camera sensor on the backside while on the front side, there is a 5MP sensor which is acceptable for video conferencing.

Currently, there is no official news regarding the launch of the Galaxy Tab A8 2021. But we can expect it to happen very soon. 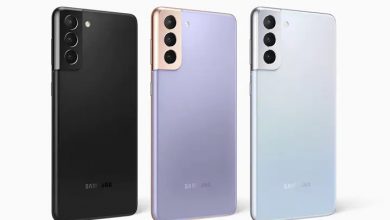