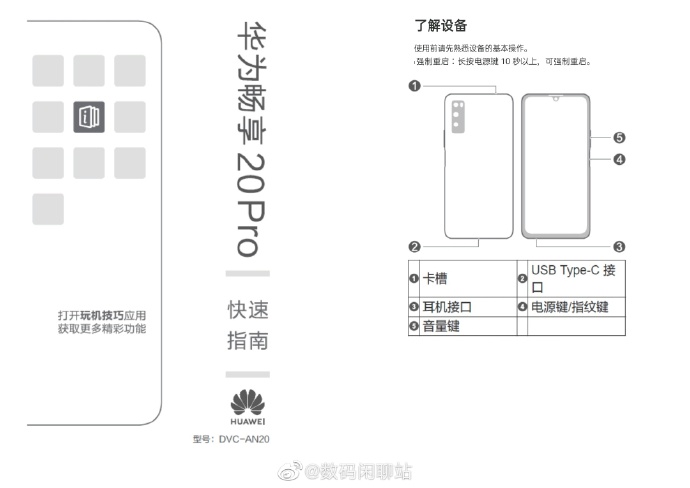 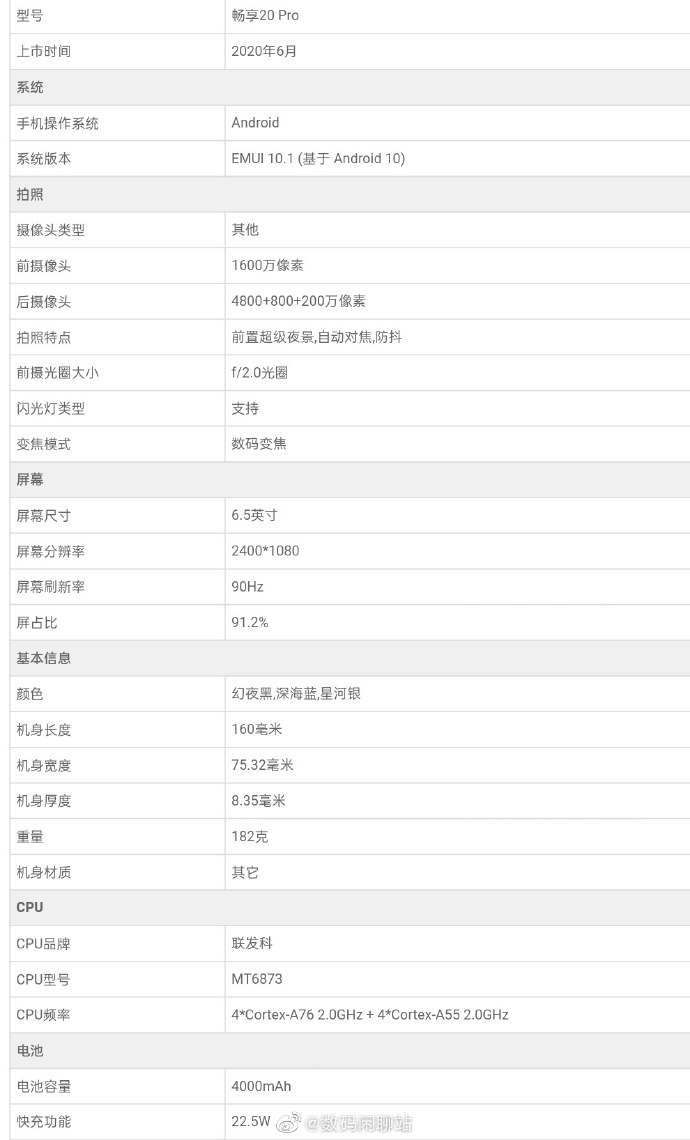 Inside the phone, it is powered by MediaTek Dimensity 800 5G chipset (MT6873). The chipset has a total of eight cores with 4 energy efficient Cortex-A55 @2.0 GHz cores and 4 powerful Cortex-A76 @2.0 GHz cores. The phone has a total battery capacity of 4000 mAh with fast charging support up to 22.5W.

On the rear side, there is a triple camera setup in a rectangle shaped box with an LED flash at a little right. The main camera is a 48MP sensor, while the other two are 8MP (ultra-wide angle) and 2MP (depth), respectively. The front camera is a 16MP sensor. The camera app supports many features like Super Night View, AutoFocus, Anti-Shake Pro Aperture(f/2.0).

The phone is also equipped with a Type-C port for fast charging and 3.5mm headphone jack is also included. The finger-print sensor is placed in the lock screen button. The new Huawei Enjoy20 Pro has a model number: DVC-AN20.

The phone is set to be launched on 19 June, 3 days are still left. Currently, the pricing and storage is not confirmed. There are three varieties of color: Magic Night Black, Deep Ocean Blue, and Galaxy Silver.