From the past practices of nubia (the famous sub-brand of ZTE), we have observed that it launches the flagship models usually around the end of Q1 of the year and then launches the S Version of the same flagship series in around Q3 of the year. We can conclude that the new Red Magic 6S is now the next coming flagship model from nubia.

In addition, we also found the first leak regarding the device, which confirms that we are not very far from its launch. This morning, the upcoming Red Magic 6S has been listed on the 3C Certification with the model number NX669J-S, in which the S is denoting the Red Magic 6S.

As can be seen, the 3C Certification has revealed the charging specifications of the new Red Magic 6S. It is observed that the Red Magic 6S will feature the same 120W (model no: NB-A2060C) charging brick used in Red Magic 6 in combination with a 6A cable.

Moreover, it is expected that the new Nubia Red Magic 6S will not be a lot different if compared with the standard or the Pro version of Red Magic 6. But we can conclude that it would feature the latest flagship chipset Snapdragon 888+, having a higher frequency on Cortex-X1 core.

For now, there is no official confirmation regarding the launch of the device. But we can expect its launch in upcoming September. 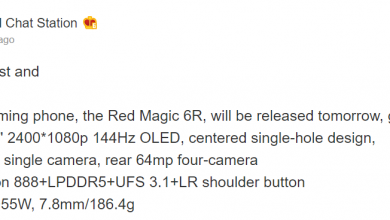 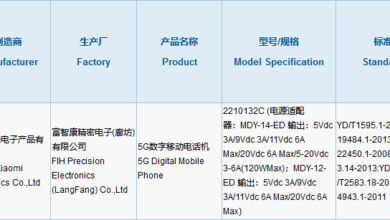