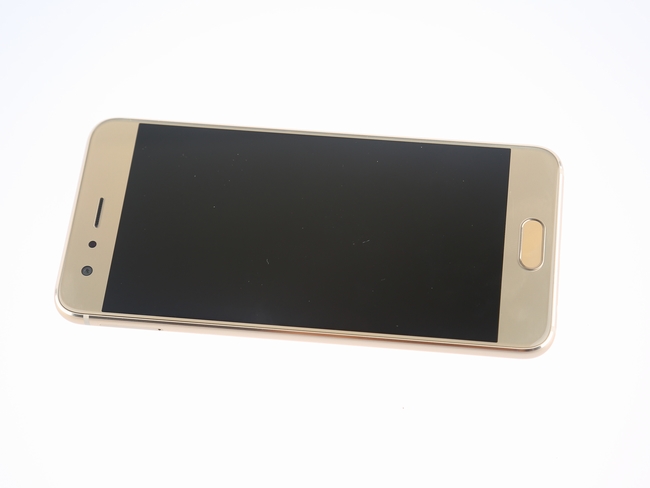 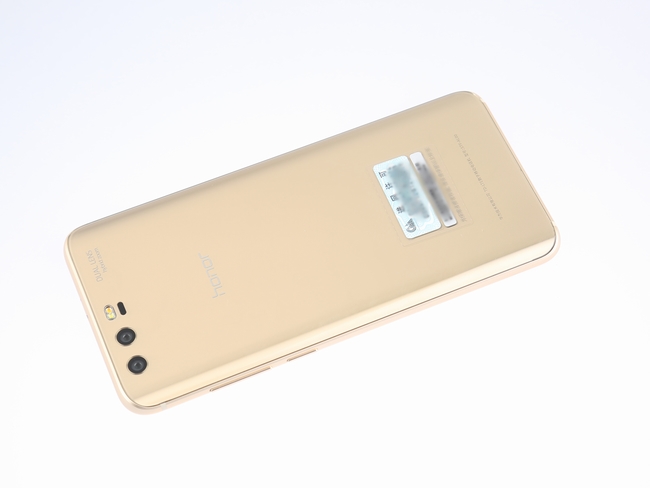 We don’t find the screws at the bottom, and the Huawei Honor 9 uses double-sided glass design, so the screen and the rear panel should be fixed to the fuselage with glues.
There are only speaker grille, 3.5mm headphone jack, and USB Type-C port at the bottom. 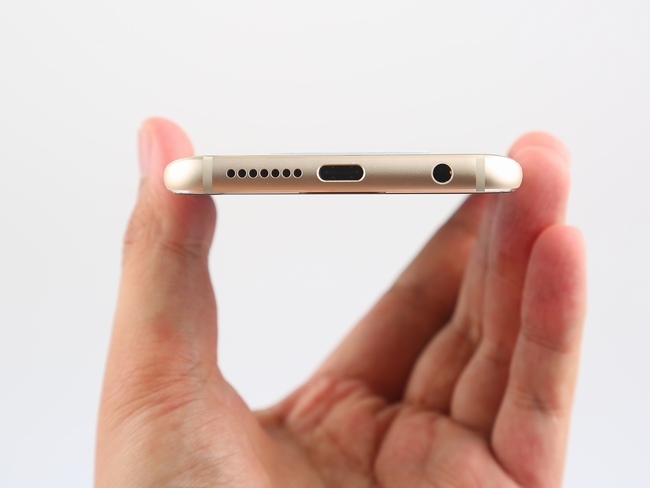 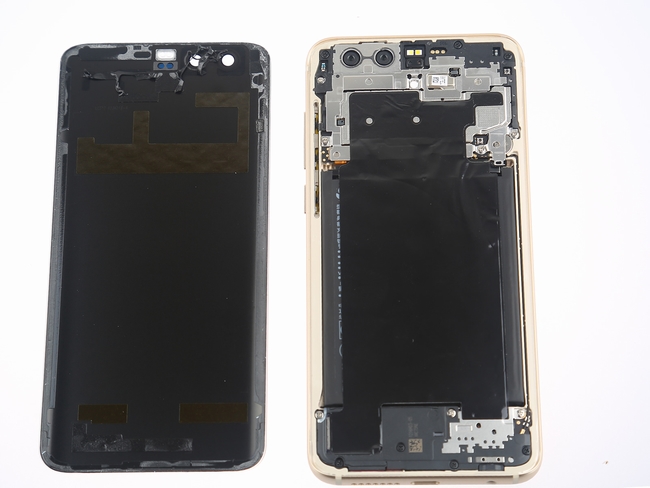 There are only two camera holes and a flash hole on the back cover. 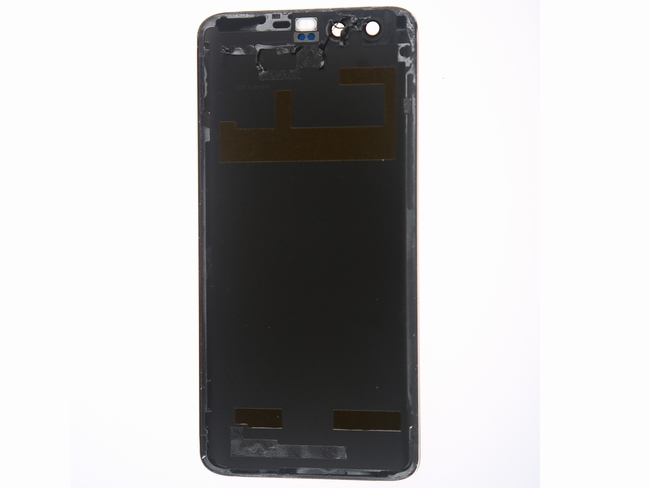 You can see the Huawei Honor 9 is still using the classic three-stage design, the upper is the motherboard, the middle is the battery, the lower is the USB-C board.
In order to achieve better heat dissipation, it uses a large piece of graphite thermal stickers to cover the fuselage. 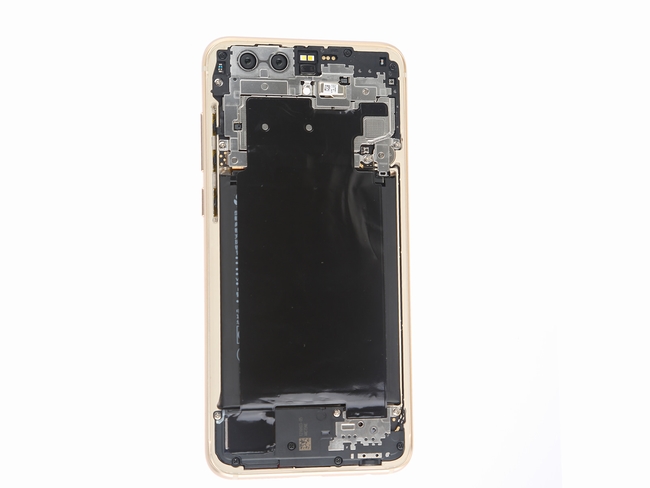 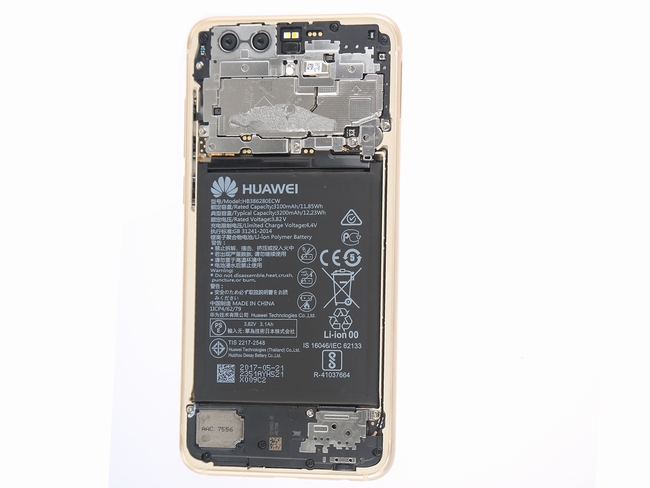 Remove all screws securing the metal plate to the motherboard. 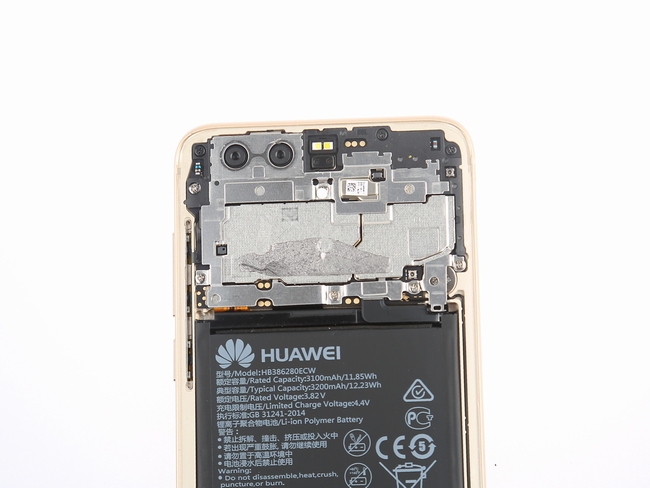 You can see it using a whole piece of metal plate to fix a variety of connectors. The metal plate is also attached with some plastic materials, and its workmanship is relatively complex. 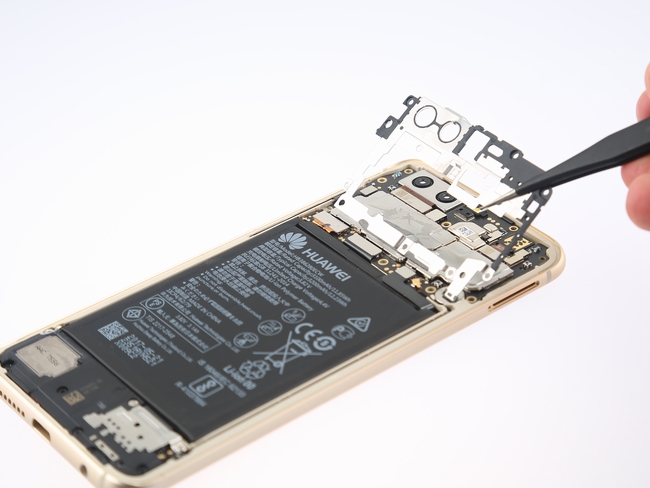 To ensure that the internal hardware is not damaged, we need to disconnect the battery connector first. 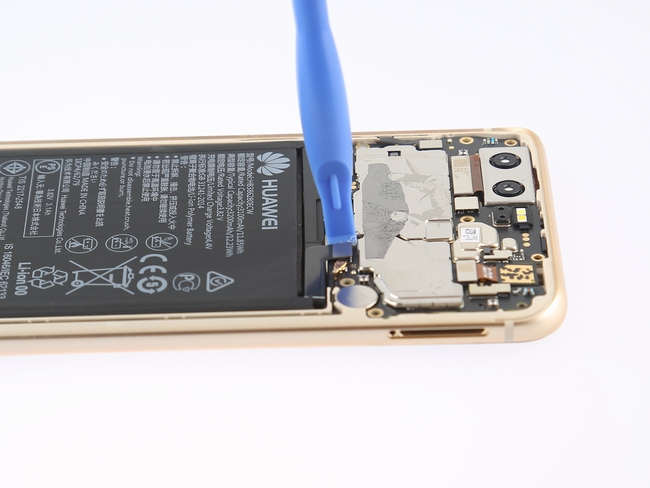 Disconnect the front camera connector and remove it. 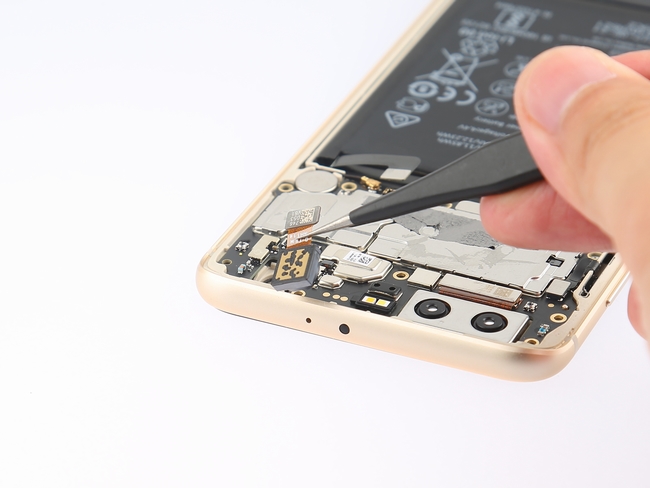 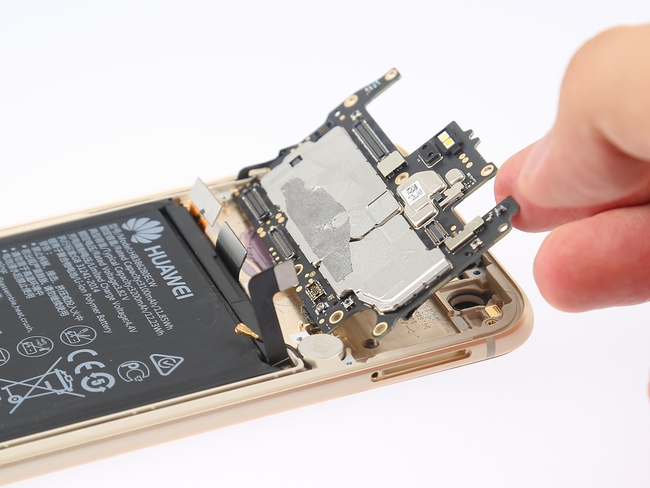 The rear camera is fixed on the fuselage with double-sided adhesive, and you must use a small tool to pry it slowly. 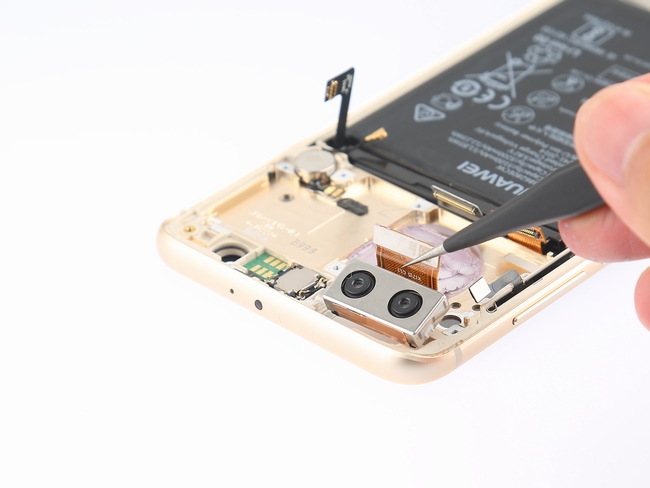 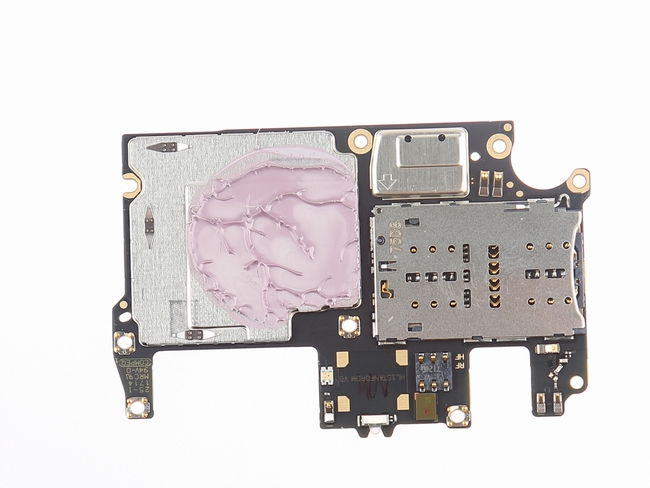 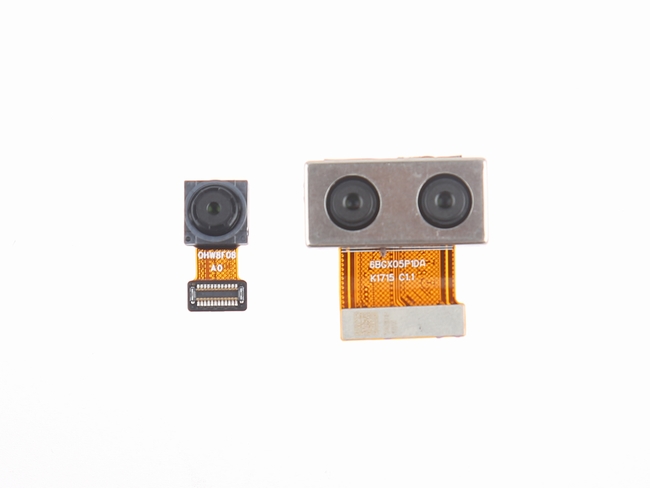 You can see that the front camera is assembled by O-Film. 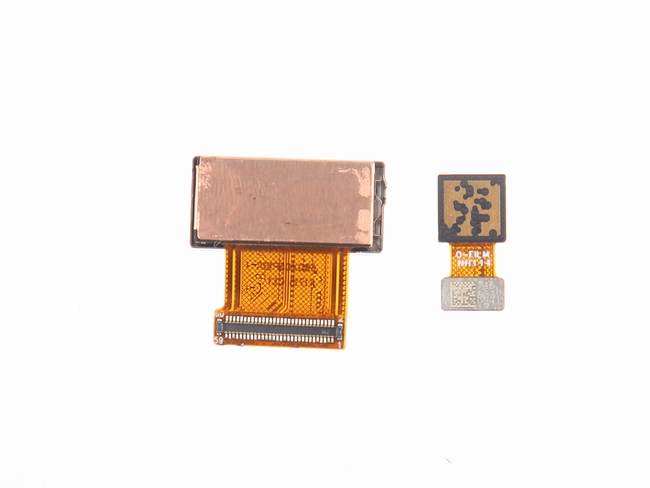 Now let’s take a look the bottom of Huawei Honor 9. The black part is the loudspeaker and is fixed by 7 screws. The following should be the USB-C board. 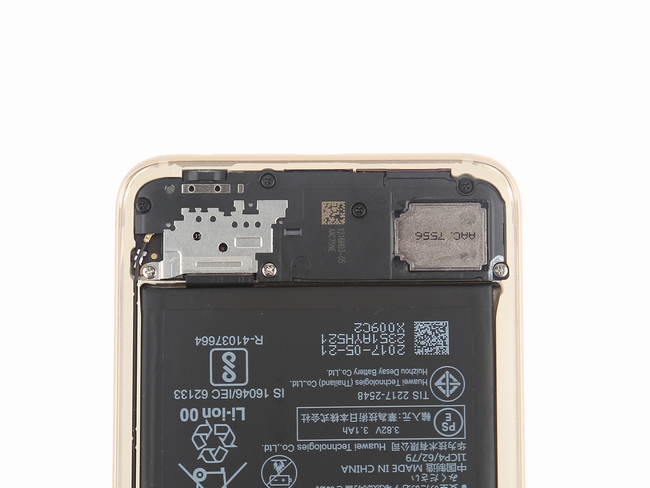 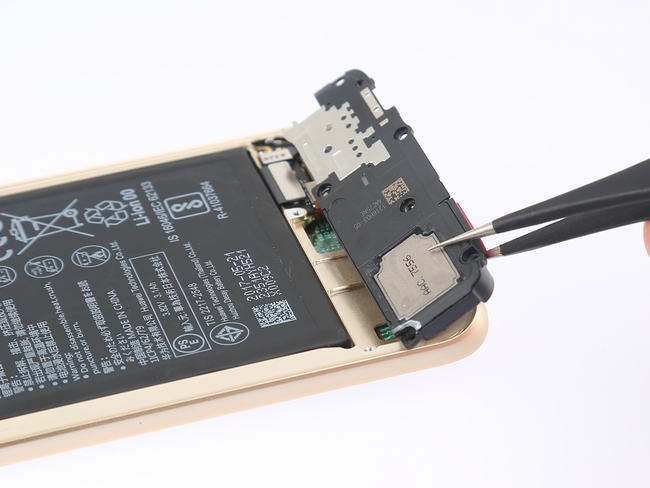 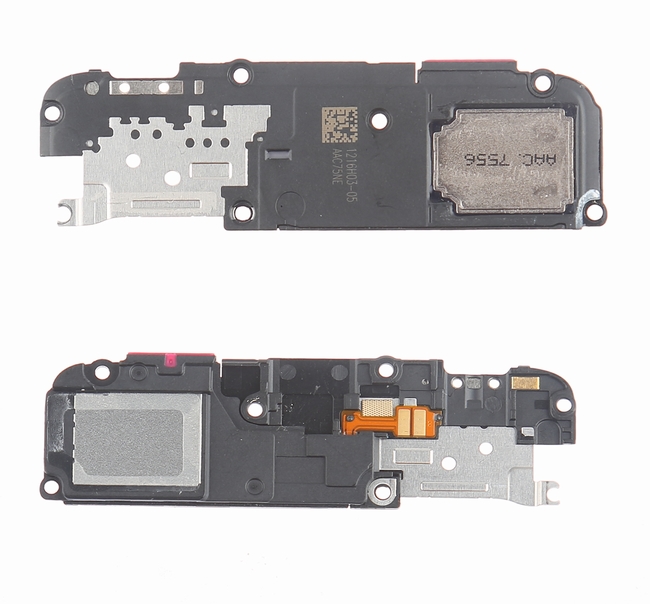 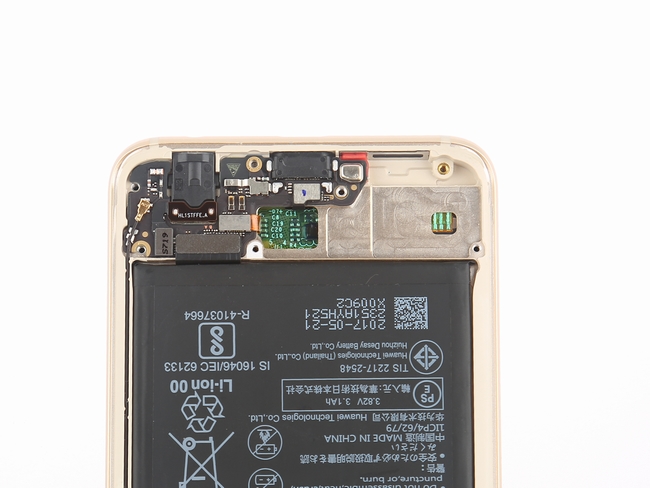 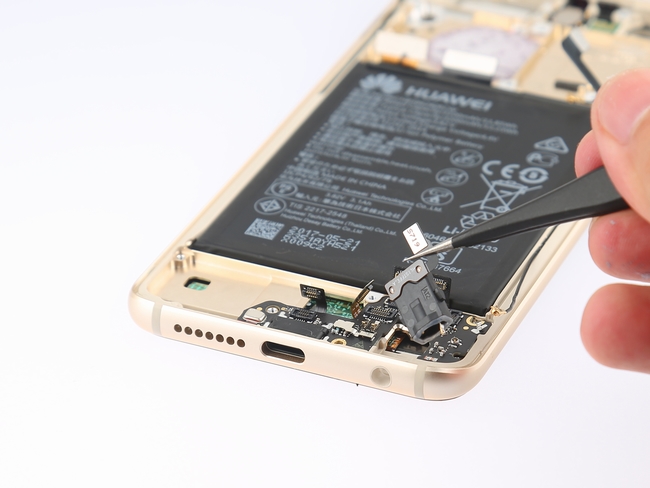 The USB-C port with a rubber ring, it can effectively prevent water and dust into the fuselage. 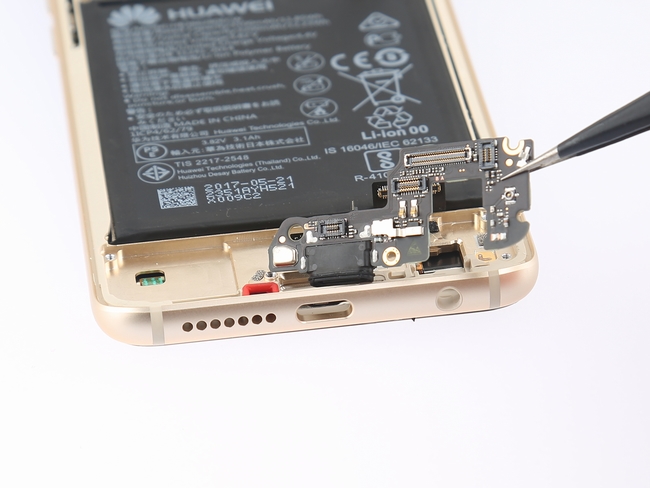 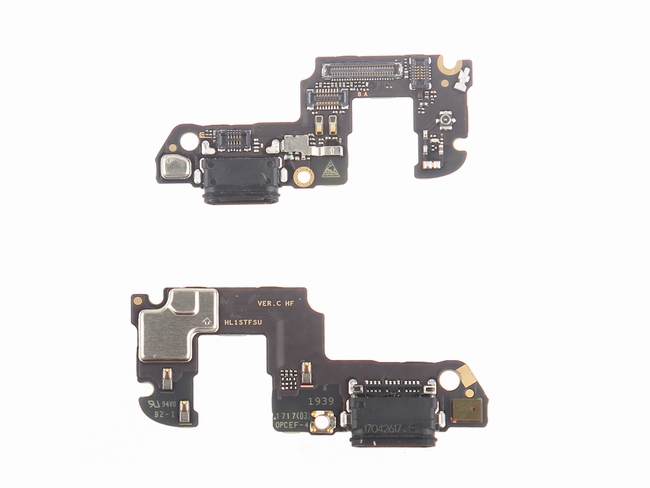 Honor 9 does not use the common adhesive tape to secure the battery, which it should use double-sided adhesive to fix the battery to the fuselage. If you replace the battery will be more trouble, after all, remove the battery is not so easy. 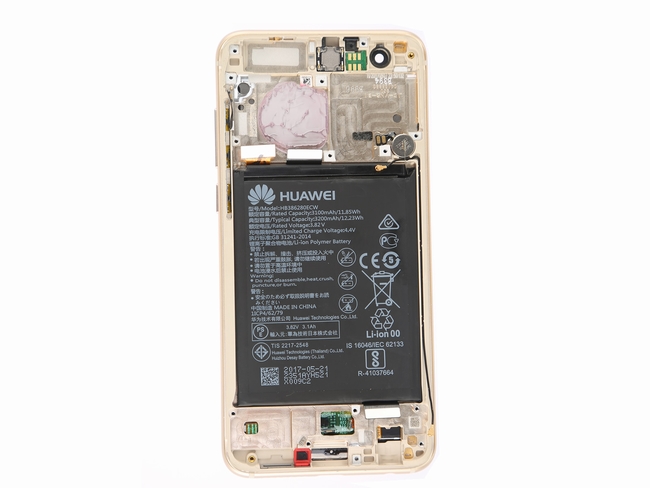 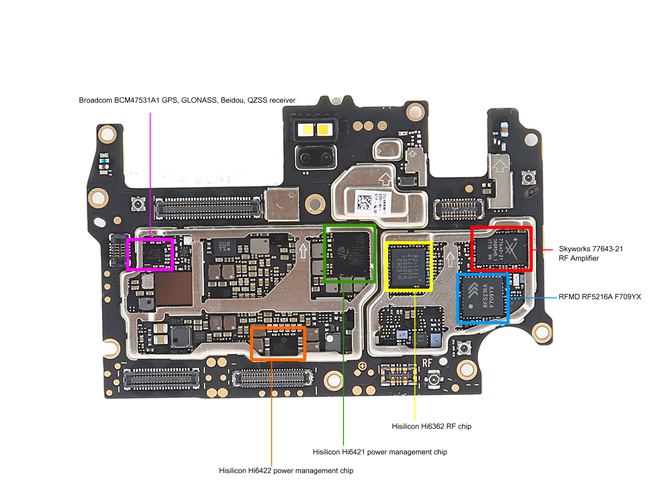 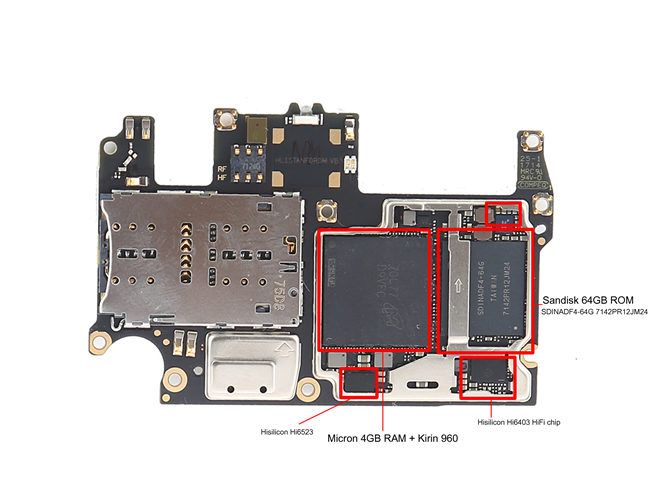 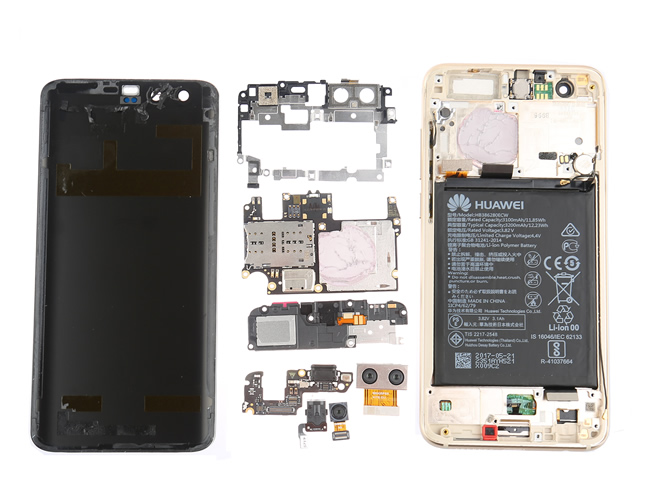 The Huawei Honor 9 is doing quite well in terms of workmanship, and its metal frame makes the internal structure of the fuselage very strong. To achieve better heat dissipation, it uses a large piece of graphite thermal stickers to cover the fuselage, the metal shield of SOC/RAM chip is coated with thermal grease. And details such as rubber ring wrapped USB Type-C port and 3.5mm headphone port are doing quite well.

Each module can be replaced independently, it uses a lot of double-sided adhesive and glues, making replacement parts is not so easy.

IPhone 8 sample model exposed with a round full display 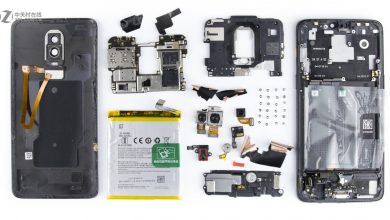 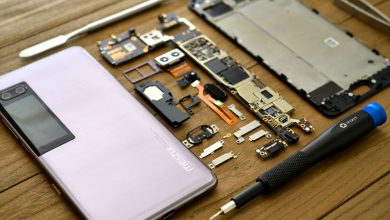 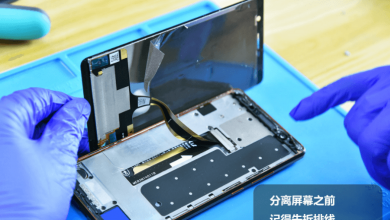