It was expected that iQOO would soon announce the Neo series successor model, iQOO Neo6. Things went in the same direction as this morning; the company has made an official announcement regarding its upcoming flagship phone.

Today, iQOO (on Weibo) has officially announced that the all-new iQOO Neo6 will be launched on April 13. Not only that, but the company made this announcement using the same device (also having a slogan) “iQOO Neo6 Powerful Control,” denoting that the device is already finalized. 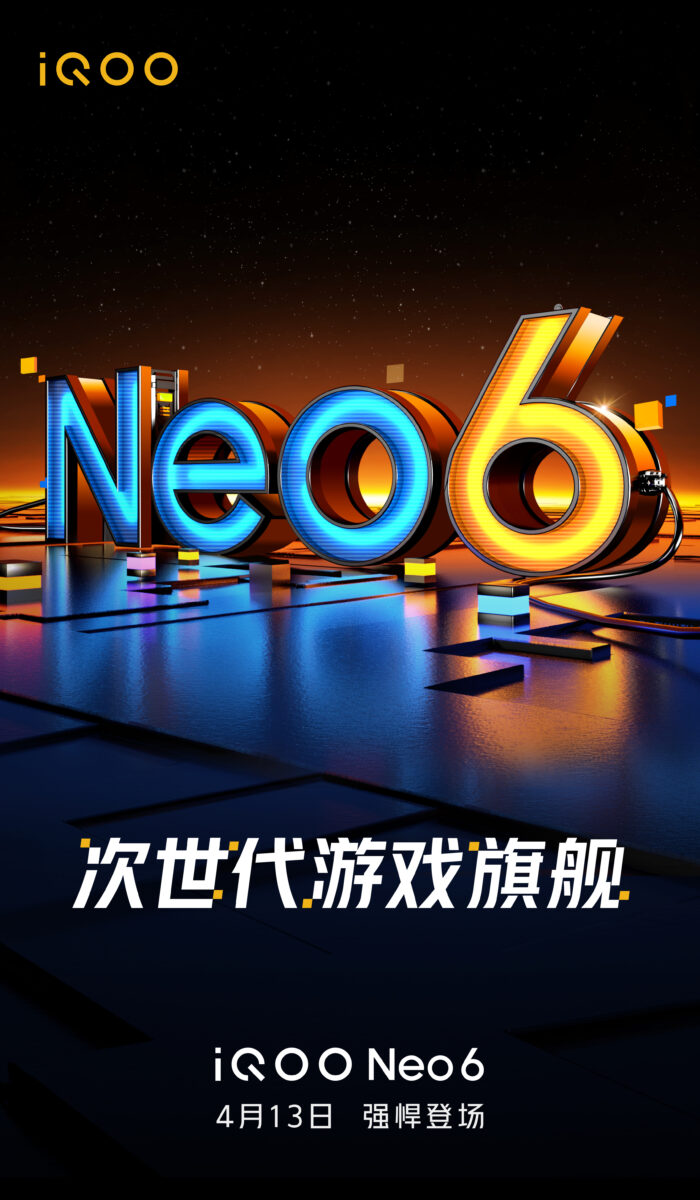 The company hasn’t revealed any specifications in the announcement. However, the device has already been listed on many certification sites with model number “vivo V2196A,” that’s why all the major specifications are known.

As revealed, the new iQOO Neo6 will feature a 6.62 inches AMOLED display, expected to have a higher resolution and refresh rate. In addition, the overall body’s thickness is 8.5mm. Inside the phone, there would be a 4580mAh battery which would support 80W fast charging (as shown in 3C Certification).

The new Neo6 would be powered by the latest Snapdragon 8 Gen1 flagship chipset from Qualcomm, based on a 4nm manufacturing product and features the all-new Cortex-X65 5G modem and Adreno 730 GPU. Moreover, the chipset also has a maximum frequency of 3.0GHz at Cortex-X2 Super Core.

It is expected that iQOO will start to release the significant highlights of the device in the coming days.