The review we bought today is based on Lenovo’s recently launched Yoga Slim 7 Carbon Gen 6 (14). The main aim of the notebook is to target the business notebook market. However, based on its specifications, it is not an underestimated thing in the gaming category as well. The main highlight of this notebook is its lightweight and slim body, in addition to its strong performance (Thanks to Ryzen 7 chipset). It is worth mentioning that the notebook’s weight isn’t record-breaking but still a good package for giving tough competition to all competitors in the market. Not only that, its lightweight and premium body design also ensures an excellent and satisfying handling experience with an eye-catching appearance.

The aspects of Lenovo Yoga Slim 7 Carbon Gen 6 are discussed below, along with the complete specifications sheet.

After observing, we found that the overall notebook has four major highlights when it comes to appearance: Eye-catching texture, Advance Designing Technology, Body Weight, and Strong Build Quality.

The new Lenovo Yoga Slim 7 Carbon uses the magnesium-aluminum alloy material on the body, while the display shell got an aerospace-grade carbon fiber texture. Not only that, but the latest Webcore 2.0 Aerospace-Grade Fiber Weaving technology has also been used to make the entire carbon fiber slightly fragile. The main advantage of using carbon fiber on the display’s shell is that it has a lower weight (compared with Magnesium Aluminum Alloy) and plays an important role in the reduction of the notebook’s weight. Moreover, it also eases the screen opening and closing experience. 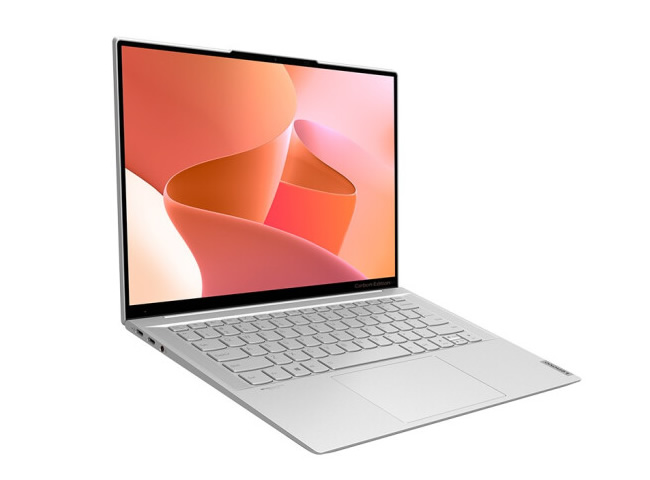 In recent years, it has been observed that the magnesium-aluminum alloy is widespread and commonly used in the high-end (flagship-level) business notebook. If we compare carbon fiber with it, the carbon fiber’s density is smaller and can be fit in the same volume; further, the weight is also lighter. Moreover, carbon fiber is widely used in industries like Aerospace Industry or Aviation Industry, as this material has high strength and ultra-low quality. We have a great example of Formula 1 racing cars that pursue extreme high speed and use a large amount of carbon fiber.

The overall surface of the laptop has been frosted and sprayed, ensuring a proper stain-resistant and anti-fingerprint body at the same time. The palm rest area also feels very refreshing after prolonged usage with no hand marks in the area. The anti-fingerprint body would also look very decent and eye-catching during a business meeting or any related task. In the end, we would also like to mention that the laptop features a bright YOGA logo and a silver-colored Lenovo nameplate at the display’s shell.

The Lenovo Yoga Slim 7 Carbon’s Display is also one of its major highlights. After opening the laptop, we have a 14 inches Touch supported 2.8K+ Resolution (2880*1800p) OLED Display having minimal bezels all around the display. It is worth mentioning that the laptop has a 91% screen-to-body ratio. At the top bezel, there is a row of slight bumps in which the webcam lens and ten other sensors are placed. These sensors include the Screen Color Adaption sensor, Automatic Lock Screen sensor (when the people walk), Automatic (Intelligent) Adjustment of Keyboard Backlight, and screen’s brightness. Furthermore, the notebook also supports the face recognition unlocking feature.

In terms of detailed specifications, the display size is 14 inches with a 16:10 aspect ratio and 90Hz refresh rate and supports 10-Point Touch, Dolby Vision, and DisplayHDR 500. It is worth mentioning that the laptop runs on the latest Windows 11 OS, which is specially optimized for Touch Screens; that’s why the touch screen experience will also be great.

If we talk about the OLED Display’s color, the colors are now more accurate and vivid while the saturation is also higher. On doing color testing, we found that the display has 100% AdobeRGB and 100% P3-Color gamut. The maximum brightness can be achieved up to 400nits. Moreover, the Delta E is 0.87, usually found in higher-end flagship-level notebooks. 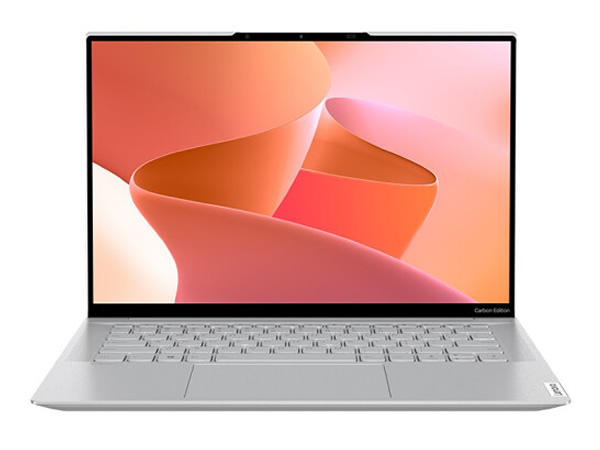 The overall display experience of Lenovo Yoga Slim 7 Carbon is more than expected. Also, thanks to the 90Hz refresh rate, taking the overall smoothness to another level (compared with the 60Hz refresh rate).

The overall keyboard’s appearance is also very eye-catching in Lenovo Yoga Slim 7 Carbon. The keyboard lacks the numeric pad, which is another major thing a buyer looks into while buying a business notebook. It is worth mentioning that the keyboard’s keycap is oil-repellent coated, making the keycap touching experience slippery. But thanks to this, coating ensures that the fingerprints are non-existent. The touchpad also has a large area, making the navigation through the entire screen easy. It is worth mentioning that two speakers opening are also placed on both the right and left sides of the screen.

In a business laptop, the ports play an essential role in making a better expansion. Unfortunately, the laptop misses many of the major ports for making the body slim. The Lenovo Yoga Slim 7 Carbon features a total of three USB Type-C ports (two on the left and one on the right).

It is worth mentioning that the two USB Type-C ports on the left side are 2nd generation Type-C ports. As the laptop lacks standard ports like USB Type-A and HDMI, the user might worry, but thanks to the manufacturer who also put the port extender (USB Dock) in the box. The extender lets the user plug 1x HDMI, 1x VGA, and 1x USB Type-A device, making the laptop’s office/business usage more convenient.

Another significant change observed is the power button placed on the left side. It seems a great initiative as a power button on the keyboard has a particular risk of accidental touch. Further, many power-on keys have the same trigger strength and damping as other regular keys, and if they are placed on the upper right side of the keyboard alone, they mightn’t look good. Next to the power-on key, the company has also put a quick camera switch button.

This is another major factor that buyers check before buying a business notebook. Well, the new Lenovo Yoga Slim 7 Carbon features a four-cell 61Wh high-density battery module that can quickly provide a more substantial battery backup during office work.

For testing the battery, we used the PCMark 10’s Modern Office Mode under the following conditions: Wi-Fi connected and Power Saving Mode turned on. With these settings, we got a battery backup of 11 hours and 18 minutes, confirming that the new Lenovo Yoga Slim 7 Carbon can quickly meet the regular office routine hours (8 hours) with a single charge.

With a 4-cell 61Wh battery, the company has also put a 65W gallium nitride charger (not a brick-type), which is relatively slim and improves the notebook’s portability. With this charger, the battery can be charged up to 80% in one hour, another breakthrough of the notebook.

The model we selected to review comes with a combination of 16GB RAM and 512GB SSD Storage. In further detail, the notebook features a 16GB Dual Channel LPDDR4x RAM having a maximum frequency of 4266MHz. It is worth mentioning that the RAM is not extendable as the RAM modules are soldered on the motherboard.

In addition to the LPDDR4x RAM, the notebook also features a 512GB M.2 2280 SSD for ensuring a strong and faster performance. It is worth mentioning that this SSD is manufactured by Western Digital and has the model number “SN730.” The SSD also supports PCIe 3.0 NVMe Protocols, which provides a proper flagship-level performance on SSDs. For testing SSD, we used the CrystalDiskMark application on which the maximum reading speed was 3370MB/s while the top writing speed was 2689MB/s.

The model is powered by the latest AMD Ryzen 7 5800U CPU in addition to the upgraded built-in Vega 8 GPU. In further detail, the Ryzen 7 5800U is based on a 7nm manufacturing process and Zen3 architecture. Further, it features a total of eight cores and sixteen threads. The eight cores have a 1.9GHz base frequency and 4.4GHz maximum frequency. In addition, the CPU also features a 16MB three-level cache memory and has a default 15W TDP.

As we know, the primary purpose of this notebook is to cover office tasks that don’t require any high-level CPU processing. However, the company has still provided the performance adjustment function that lets the user do some heavy tasks like a bit of heavy gaming.

For testing the CPU capabilities on Lenovo Yoga 7 Slim Carbon, we also did a little benchmark test which is mentioned below:

The performance isn’t disappointing at all under such low dimensions. From the scores, it is concluded that a notebook can easily cover all the complex office tasks as well as effortless tasks.

As mentioned before, the notebook also features AMD Radeon Graphics which seems to be an overclocked version of Vega 8 graphics. The maximum frequency of GPU is 2000MHz. The Benchmark results of GPU are mentioned below, which looks quite decent.

The 3DMark benchmark results are mentioned below, along with the application names.

For testing the notebook’s overall hardware, we used the PCMark 10 Extended mode in which the comprehensive score was 4669 points, decent and suitable performance for office work.

If we first talk about heat dissipation, the Lenovo Yoga Slim 7 Carbon heat dissipation is placed at the laptop’s bottom cover. It is worth mentioning that the company has smartly put the heat dissipation bars at the sides of the bottom surface so there would be no compromise in the aesthetics of the notebook (on its slim and eye-catching body).

We also did a stress test on Lenovo Yoga Slim 7 Carbon to test how the notebook will react under challenging conditions and pressure. For this test, we used the AIDA 64 System Stability Test. After running the notebook on FPU Mode for 30 minutes, the total CPU power consumption was stable at 25W, the temperature rose to 79 degrees (Celsius), while the full core frequency was around 2.65GHz-2.7GHz. The overall performance release was quite excellent.

As shown in warm-up posts of the notebook, it was expected that the notebook would have breakthroughs in terms of appearance, body, and design. And after reviewing it, we can say that the laptop has lived up to our expectations. The overall body texture also feels high-end and premium.

Moreover, the OLED Display has a fantastic look and feel that outweighs most notebooks and PCs. The beast mode (from Lenovo) can still exert high performance despite the thin and light body, which is Lenovo’s tradition. 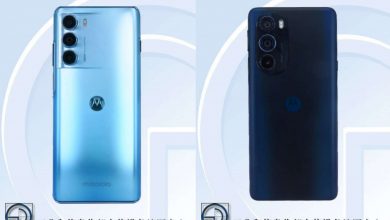 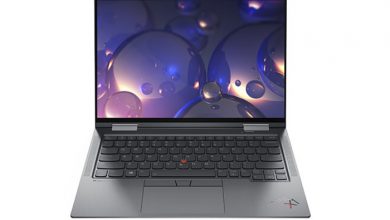 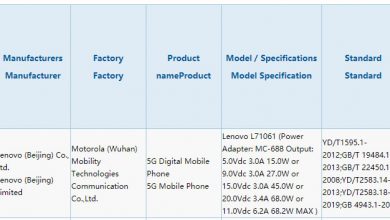 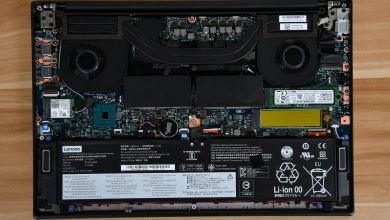