A few days ago, Redmi had launched the gaming version of its most famous Redmi K40 series, named Redmi K40 Gaming Enhanced Version. It is also known that the sales of this gaming device are also excellent.

Today, the General Manager of Redmi (Lu Weibing) has officially revealed that the company is now working on the all-new Bruce Lee edition of its Redmi K40 Gaming Enhanced Version. The officials have not revealed the launched date yet, but it is expected to go on sale soon.

In the official post, Lu Weibing has said, “I used to think that Bruce Lee was just the idol of our generation, but I discovered that more than 90s and even 00s also like Bruce Lee. Redmi K40 Gaming Edition Bruce Lee Edition is a tribute to the spirit of pursuing the ultimate for love.”

The backside of the Bruce Lee Edition is also mentioned, in which it can be seen that this new edition has picked a combination of Yellow & Black colors. In the middle, there is a black line in which it is mentioned “Bruce Lee King Of Kung Fu.” Other than that, the device has the same body design.

Moreover, the specifications of this new version are expected to be the same. Maybe, the storage variant of this edition might be different from the original version.

In terms of specifications, it is known that Redmi K40 Gaming Edition uses an E4 AMOLED Display which is one of the most premium and soft AMOLED Display in the world. The device also got a massive 5065mAh Battery with 67watts charging.

Currently, the Bruce Lee edition has been pre-ordered on JD.com, only 12GB+256GB version is available, and the price is 2799 yuan. 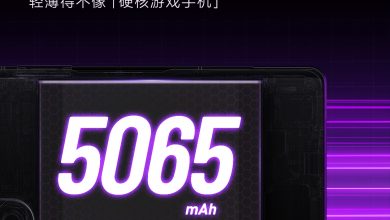