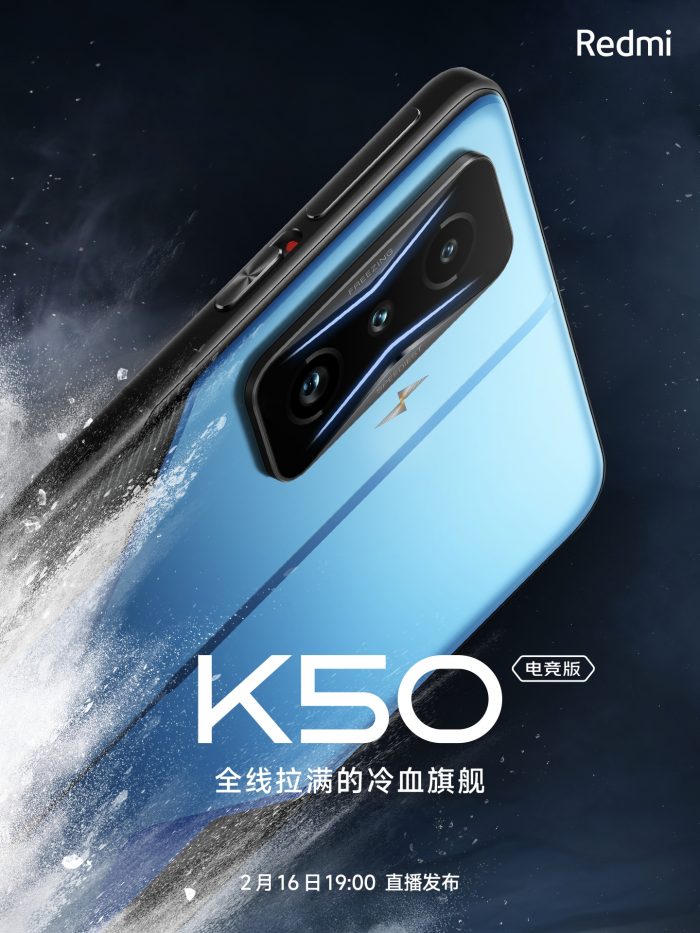 In the launch poster, the backside of the device can be seen. It is observed that the new Redmi K50 Gaming Edition will feature the same camera arrangement, but this time, the module got rectangular shape with the tags of “Freezing” and “Speediest” on sides as well. In addition, the LED Flash module is still thunder-shaped.

Moreover, the device also features the same triggers or buttons (mainly used in gaming) on the top and bottom of the right side. Despite this, the company has also mentioned improvements in performance, heat dissipation, and gaming standards of the device (in the description).

As per our sources, the new Redmi K50 Gaming Edition will feature the latest Snapdragon 8 Gen1 chipset, making it the high-end device of Redmi’s new flagship series. It is worth mentioning that the chipset features the new Cortex-X2 Super Core in addition to Adreno 730 GPU.

The new Redmi K50 Gaming Edition will be launched on February 16 at 7:00 PM (Chinese Timing).