It is known that vivo is all set to launch the newer generation of its S series. The all-new vivo S9 will be launched on 3rd March. As the launch date is coming near, more information regarding the upcoming device is getting revealed. 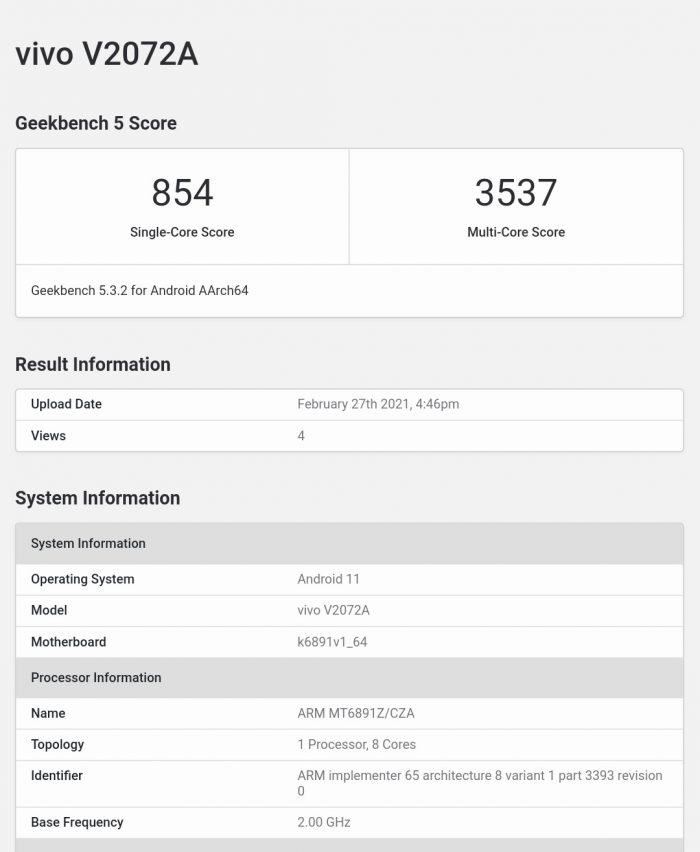 The upcoming vivo S9 has recently been listed on the famous Geekbench site, which revealed that the device uses Mediatek’s sub-flagship chipset, Dimensity 1100. Surprisingly, the phone has scored a very low score (854 points) than other competitors in terms of single-core computing.

While if we check the multi-core score (3537 points), it is more than the competitor chipsets like Exynos 1080 and Snapdragon 870.

In terms of specifications, the Dimensity 1100 is an octa-core sub-flagship chipset from Mediatek, based on a 6nm manufacturing process. It features 4x Cortex-A78 (@2.6GHz) cores and 4x Cortex-A55 cores (@2.0GHz).

Previously, it is already known that the vivo S9 will feature a 6.44 inches AMOLED display with Full-HD+ resolution and 90Hz refresh rate. The display would also consist of a notch. The phone has a measurement of 158.39×73.87×7.35mm.

Inside the phone, a 3905mAh Battery has been used, and it further supports 33W fast charging. The phone will feature a triple camera setup (64MP+8MP+2MP) in a rectangle shaped camera bump in terms of camera. While on the front side, there would be a dual-camera (44MP+8MP) in the notch.

The all-new vivo S9 series will be launched on 3rd March. 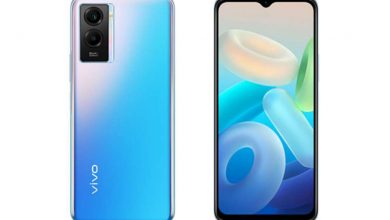