This morning, we got another major leak regarding Samsung’s upcoming Galaxy S22 Series. This time, it is related to the charging specifications of all the three models in this expected series.

Recently, the expected Galaxy S22 Series has passed the 3C Certification test in which the complete charging specification has been revealed.

Following are the models which are listed in the certifications: 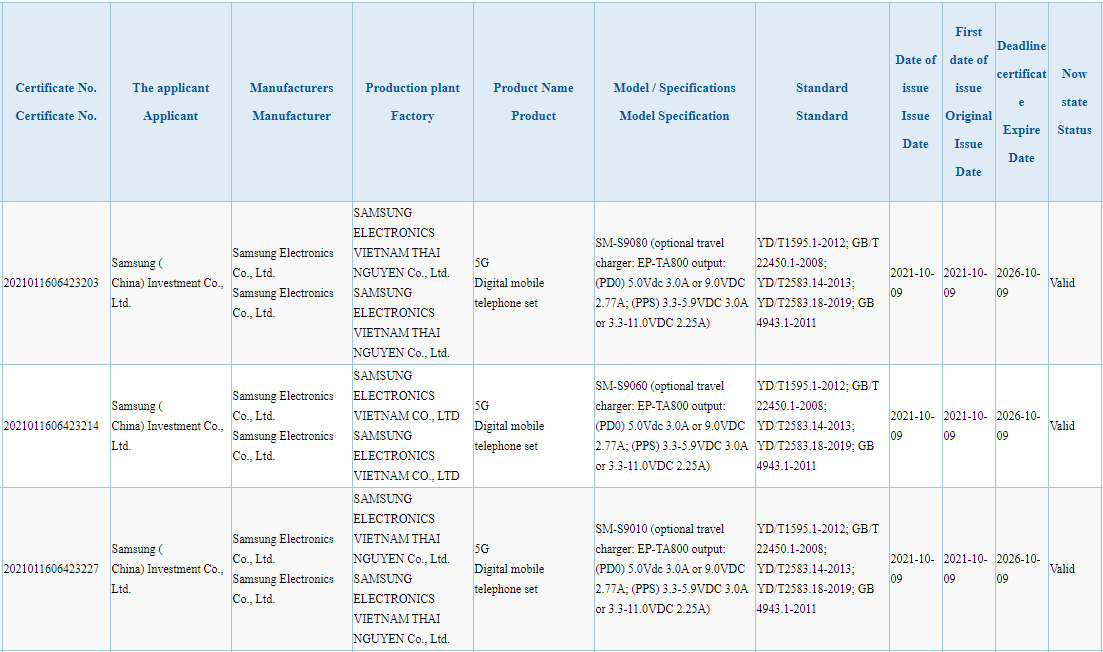 It is worth mentioning that all these models are Chinese variants and support a maximum of 25W charging. Previously, the famous blogger @IceUniverse has further said that the Ultra model will be upgraded to 45W fast charging, but Samsung might stick with a 25W charger with its Chinese model. We can also conclude that the 45W Charging would be exclusive with Exynos 2200 (AMD GPU) powered model.

In an era where other smartphone brands are looking forward to 200W wired charging and 120W wireless fast charging, Samsung stands by with its 25W charging. As we mentioned previously, this may be due to the Galaxy Note7 incident; the company didn’t want to face this major issue again with the battery.

For the detailed specifications of the upcoming Galaxy S22 Series, have a look at our previous posts.