Honor V40, the first model of Honor after independence, has passed the 3C certification. The poster now shows that the Honor V40 series will be available for pre-order starting on January 4th.

According to the Weibo blogger, the Honor V40 has been pre-ordered in all major offline channel stores. If nothing else, the release time will still be on January 12. Today, the famous digital blog Changan Digital Jun (Huawei employee) said that the release date of V40 may be delayed. 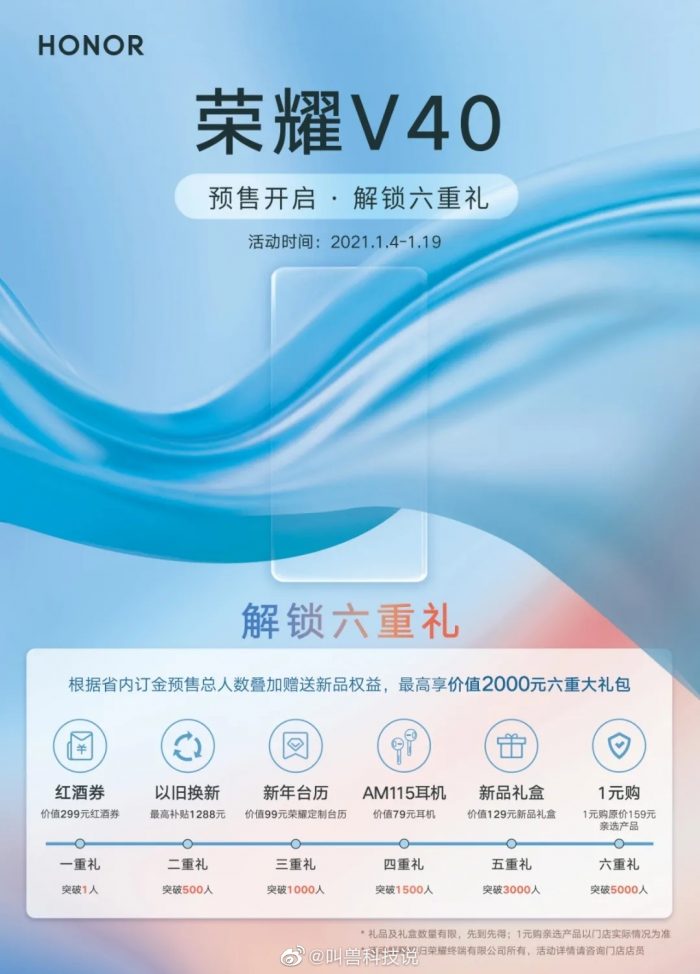 According to the 3C certification, Honor V40 comes standard with an HW-110600C00 charger, which supports up to 66W fast charging and 45W wireless fast charging. It is produced in Guilin, Guangxi, and runs Android.

According to current information, the Honor V40 will be equipped with MediaTek’s current strongest Dimensity 1000+ chip, with a 120Hz curved screen, and will support a 300Hz touch sampling rate.

Honor CEO Zhao Ming clearly stated in an employee communication meeting that Honor ‘s goal is to become the number one in the China mobile phone market. Zhao Ming also mentioned that Honor plans to release the V40 series of mobile phones in January 2021. 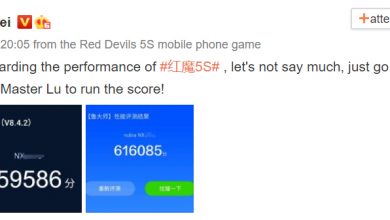