The price of this new storage variant is 999 yuan (equivalent to 146 USD). It is also mentioned that the phone will provide excellent performance as well as no lagging issue. With this massive 6 GB RAM, the phone will also offer multitasking at a significant level.

The new storage version of Redmi 9A will go on sale tomorrow (on 29th September) at 10:00 AM (Chinese Standard Timing).

The phone features a 6.53 inches IPS LCD (U-Notched) display with HD+ resolution (1600x720p) and 400nits of brightness. The phone is powered by Mediatek’s Helio G25 (12nm) which is an octa-core processor consist of eight “Cortex-A53” cores. The maximum frequency of chipset is 2.0 GHz.

The phone also features a 5000mAh battery with only 10W charging. It also got a single 13MP camera on the backside, while on the front side, there is also an only single camera that consists 5MP sensor. Moreover, the phone was only available in two storage variants: 2+32GB and 3+32GB.

Currently, Redmi 9A is one of the most affordable phones from Redmi (Xiaomi’s sub-brand) in the market.

There Will Be No OnePlus 8T Pro This Year: Confirmed By CEO 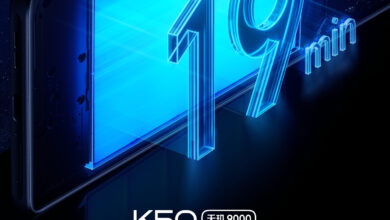