It is known that Lenovo is now near to the launch of the second generation of its gaming smartphone series, “Lenovo Legion,” named “Lenovo Legion 2 Pro.” The officials may reveal the launch date at any moment. Today, a main highlight of the upcoming gaming phone has been revealed.

The upcoming Lenovo Legion 2 Pro has been spotted on the famous Chinese 3C (or CCC) Certification. In the certification, the device has a model number, “Lenovo L70081.” It is revealed that the Legion 2 Pro will stick with a Dual Charging port design (as in the first generation).

According to the 3C certification, the phone has two chargers, one supports fast-charging up to 65W, and one supports fast-charging up to 45W. It is worth noting that last year’s Lenovo Legion Pro adopts the dual cell scheme with dual USB-C ports to charge two batteries at the same time, realizes up to 90W fast charging technology through dual 45W. If this Lenovo Legion 2 Pro continues to use Dual USB-C port fast charging, it can reach 65W × 2, which is 130W fast charging.

As per previous info, it was also revealed that the upcoming Lenovo Legion 2 Pro will feature the latest flagship chipset from Qualcomm, Snapdragon 888, an octa-core chipset based on a 5nm manufacturing process. It also consists of Cortex-X1 Super Core which takes the performance to another level.

In addition, this gaming smartphone will also feature the industry’s first dual-turbo super-dimensional cooling system for providing an epic gaming experience and no fear of over-heating in the smartphone.

The specifications of the upcoming Lenovo Legion Pro 2 are currently unknown. But a better display (with maybe 165Hz refresh rate), a better battery, the support of UFS 3.1 storage, and LPDDR5 memory are also expected.

The launch date will be revealed by the officials soon.

OPPO's First Foldable Phone Will Debut In Q2 Of 2021 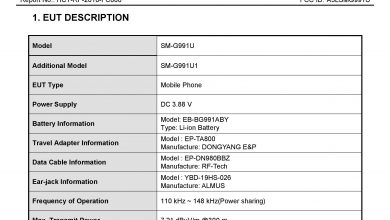