In order to upgrade memory and SSD, you must remove the back cover of T14. Use a screwdriver to loosen the six screws on the back cover. Note that the screws are attached to the back cover and can not be removed. After the screw is loosened, the back cover can be separated from the LCD hinge with a plastic pick or an old credit card.

When the back cover is completely separated, you can remove the back cover. It should be noted that the back cover on the USB port and RJ45 jack is fixed with buckle. You need to release the buckle from the laptop body. 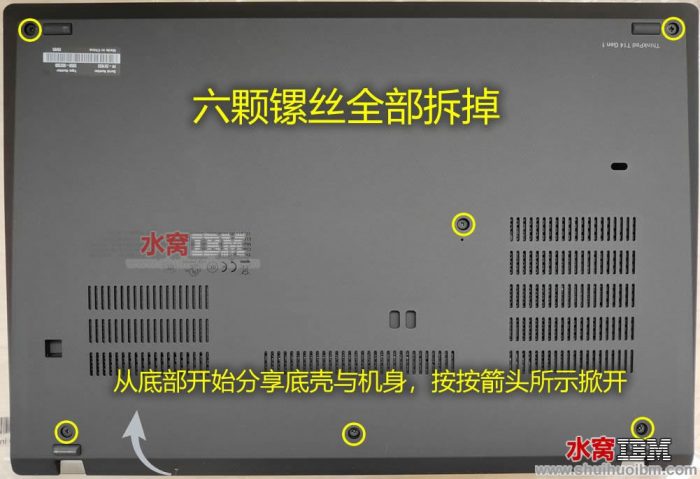 When the back cover is removed, you can access most of the components of the T14, including ram, SSD, fan, heat sink, battery, wireless card, CMOS battery, USB board, and motherboard.

After lifting the electrostatic protective film, we can see that T14 still has a spare memory slot, and the other memory is welded on the motherboard.

When inserting the memory, align it to the slot, insert it at an angle of 30 degrees, and then press it vertically. After pressing in place, it will be stuck by the metal shrapnel on both sides of the memory.

The following photo shows the location of the SSD and the 4G module. If you want to replace the M.2 SSD, you need to screw down the screw on the left and pull out the SSD to the left (the same method is used to insert and tighten the screws for the 4G module). However, I don’t know whether this 4G slot is compatible with M.2 2242 SSD. If you know, please leave a message and let us know. 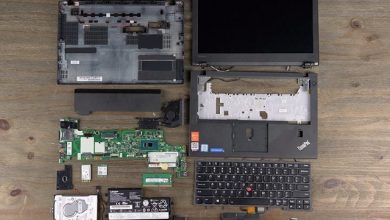