In the 3C Certification, it can be seen that both models would feature Huawei’s charger with a model number “HW-110600C00”, which supports 66W max fast charging (11V, 6A). The charger also supports 40W and 10W charging modes. The same charger was used with Huawei’s Mate 40 series.

According to previous rumors, it is expected that both versions (Standard & Pro) of Huawei’s Nova 8 series will feature a dual-punch hole AMOLED display with an upgraded refresh rate (maybe 120Hz refresh rate).

It is also reported that the higher version of the Nova 8 series (maybe named Nova 8 Pro) will feature the latest Kirin 9000 flagship chipset (same in the Mate 40 series). But due to less production of the chipset, this device may stick with Kirin 990 5G chipset. The standard version may use Mediatek’s Dimensity chipset.

Currently, it is expected that Huawei will launch the all-new Nova 8 series in December 2020. The exact date and time of launch have not been confirmed yet. 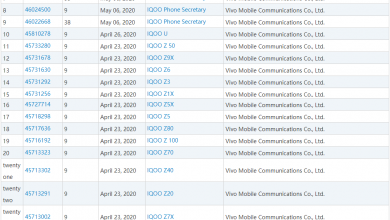