Today, OnePlus has officially announced that they are planning to launch a limited edition of their latest flagship device, OnePlus 8T. The limited-edition is based on Cyberpunk 2077.

Cyberpunk 2077 is an upcoming action role-playing video game developed and published by CD Projekt. The game would be available on different platforms includes Sony Playstation, Microsoft Xbox and Windows, and Google Stadia. 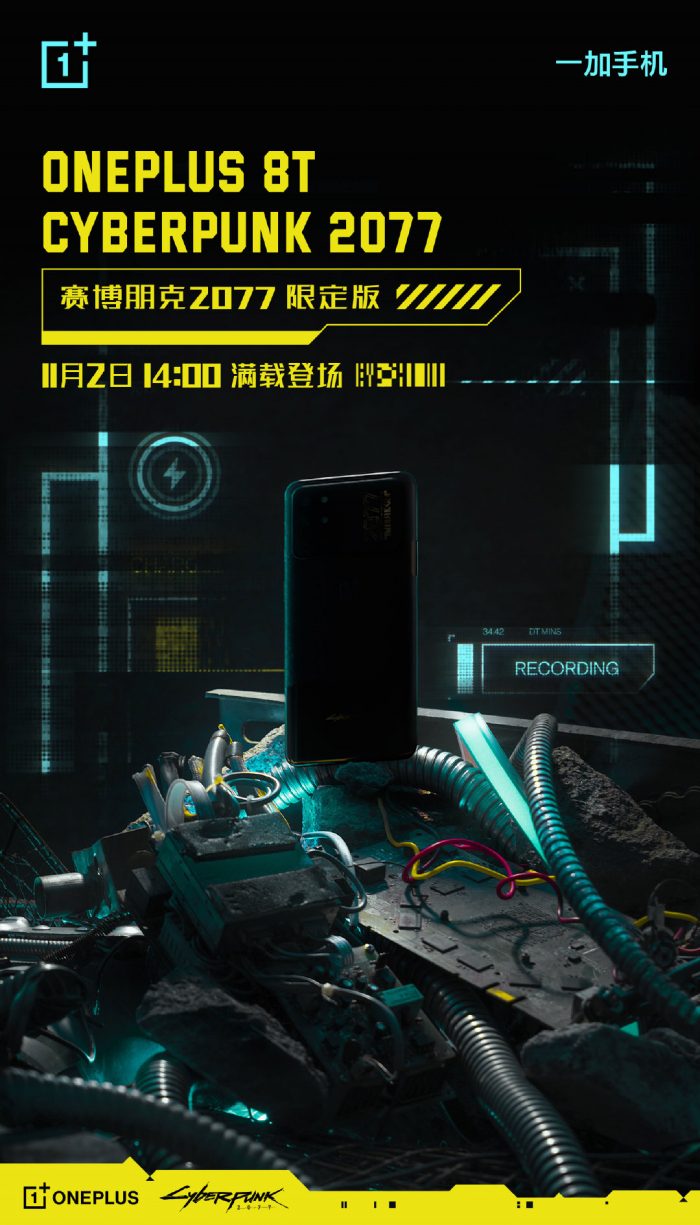 This new and limited of OnePlus 8T will be available for sale on November 2 at 2:00 PM. The launch poster of OnePlus 8T’s limited edition also includes the rendered design of the phone. However, it is too unclear to observe how the phone would look like.

After making some changes to the launch poster, we got a little bit clear look at the phone. It can be seen that the new edition of the OnePlus 8T will feature a different camera design. The OnePlus 8T upper left matrix camera is expanded to the right side of the phone, and the left side seems to have placed the same arrangement of camera and LED flash. 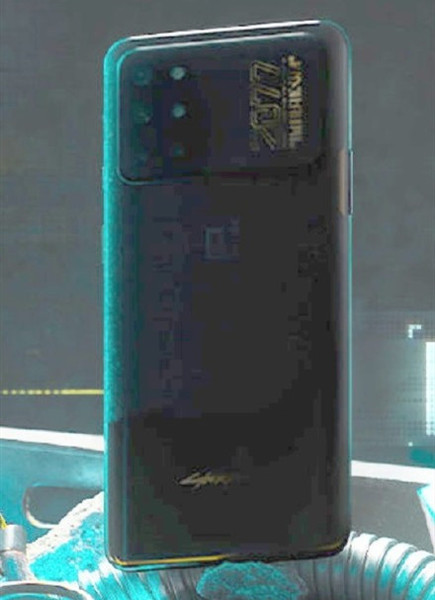 On the right side, it can be seen that there is a logo of CYBERPUNK 2077, which adopts a recognizable Yellow design. There is another logo of Cyberpunk 2077 at the bottom-middle of the phone. The frame of the phone also seems to be Yellow from some side. The overall color of the phone is Green.

A few days ago, Cyberpunk 2077 was postponed for 21 days. The original plan was to release the game on November 19 officially, but it was changed to December 10. However, the OnePlus 8T Cyberpunk 2077 Limited Edition has not been affected by the game postponement and will be officially unveiled on November 2.

The price of the OnePlus 8T Cyberpunk 2077 edition is expected to be the same. 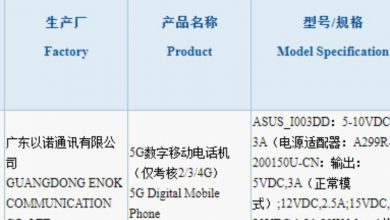