Recently, One-Netbook has aired the appearance of their upcoming ultra-portable computer on Weibo. The big thing is that this is the world’s first 5G capable handheld game book. 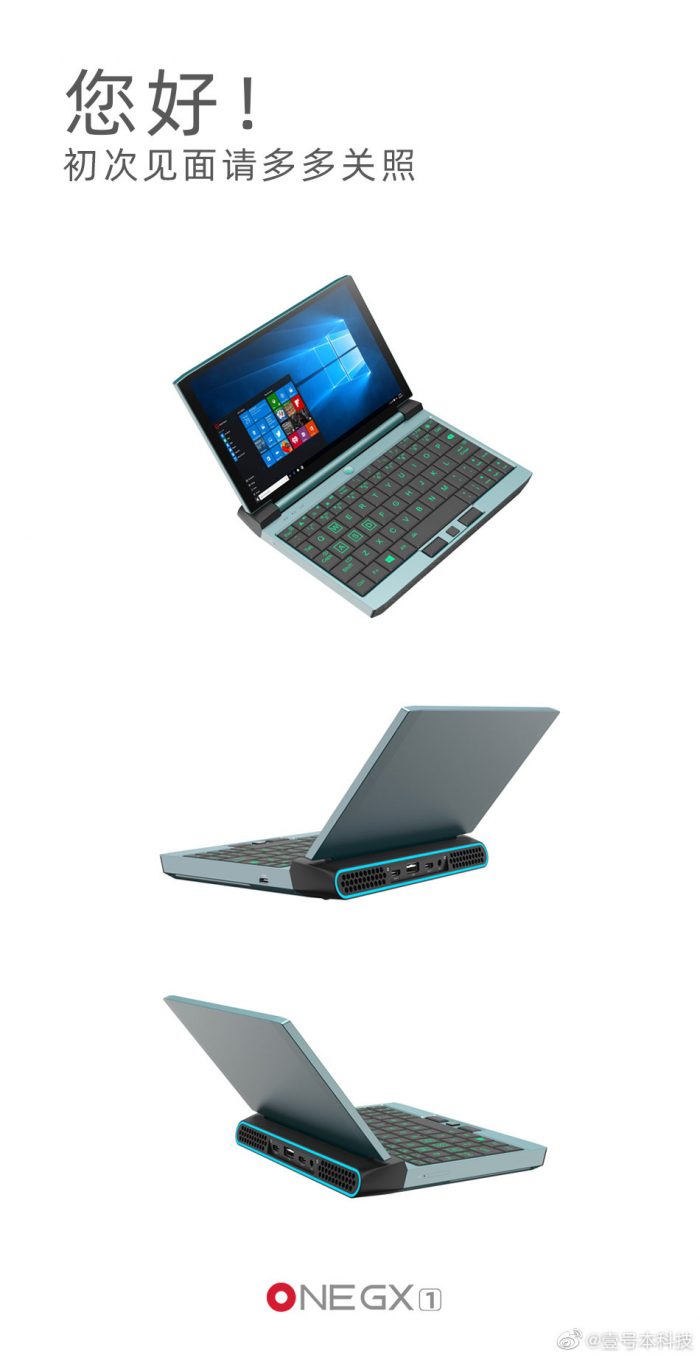 From the appearance of this game book, the OneGX is almost similar to the one of the Alienware Area-51m. As the heat dissipation port and other ports like charging port, USB ports are placed at the back of the laptop, according to the renders released by officials. The previously released poster also showed that OneGX can be equipped with some controls, which are similar to the design of Nintendo Switch.

Come to the specifications of this handheld gamebook, the OneGX specs are impressive. The size of this ultra-portable pc is about 7-inch which also supports the touch screen while there is no touchpad but a pointing stick design like Nintendo switch as mentioned above.

In terms of inner specification, the 11th-generation Core Tiger Lake processor has been used which is not announced yet. Also, the integrated graphics will be upgraded to Xe, which will be an improvement over the current Generation 11 integrated graphics. Moreover, this handheld game book integrates 5G baseband so you will be able to use 5G connectivity too. For storage, this ultra-portable pc is equipped with an M.2 2280 NVMe slot in which you can insert SSD up to 2TB. Some other specs are still unclear. The OneGX weights around 600g.

The OneGX will be available in three versions which are 4G, 5G, and Wi-Fi variants, and is expected to launch this year.