Not a long ago, Qualcomm launched the all-new Snapdragon 888+ chipset, which was an overclocked version of Snapdragon 888. It seems that the company is now working on the new generation of this flagship chipset, most probably be named Snapdragon 898.

This morning, the famous Chinese blogger @DigitalChatStation revealed the Geekbench of an unknown vivo device running on a chipset having codename taro. Furthermore, the chipset uses the next generation’s Adreno 730 GPU, which confirms that it is Snapdragon 898 chipset. The chipset also has a base frequency of 1.79GHz, the same as in the previous flagship chipset Snapdragon 888.

The blogger also mentioned that the current prototype of Snapdragon 898 has a lower frequency like the Snapdragon 888’s first leaked prototype (1x 2.42GHz Super-Core, 3x 2.17GHz Power Core, and 4x 1.79GHz Energy Efficient core). The actual retail version will have a higher frequency, improving the performance and having higher power consumption.

Previously, the all-new Snapdragon 898 chipset was already revealed to be based on Samsung’s 4nm manufacturing process, having a performance improvement by 20%. In addition, the new generation of cores will be used, including the new Cortex-X2 Super Core, Cortex-A710, and Cortex-A510 cores. Another significant change will be the new Adreno 730 GPU (Adreno 660 GPU’s successor).

The networking experience will also be more substantial as the new Snapdragon 898 will use the all-new X65 5G Modem, the first 10 Gbps modem. Many Chinese smartphone manufacturers are already testing this new chipset, and Xiaomi is expected to be the first one to launch the world’s first Snapdragon 898 powered smartphone. 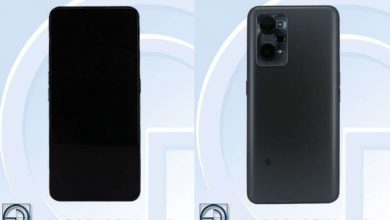