On December 22, BYD‘s high-end brand, Yangwang, announced a teaser image of its first product. The three images released are details only, and they can be seen as headlights, exterior mirrors, and a corner of the rear.

And connecting the daytime running lights and headlights is a whole light strip, which is covered with light sources, similar in shape to the grille, in a dotted pattern, which looks well recognizable.

Then look at the exterior mirrors, the same as many off-road vehicles, it is also equipped with a very square exterior mirror, and the top is also arranged with two light strips. After brightening the light, you can also see that there is a camera below, most likely it is a component of the assisted driving system.

Finally, looking at the corner of the tail, the taillight style is very rare, it is L-shaped, and the shape is quite simple and bright.

BYD has revealed that the new brand Yangwang is positioned higher than Denza, with an overall price range of 800,000-1.5 million RMB, and its first model will be released on January 5, which will use BYD’s most cutting-edge automotive technology and represent BYD’s strongest capabilities in electrification and intelligence. At the same time, the new brand will not only adopt a new logo, but also be independent in terms of brand, products, sales and service network, and operation team. 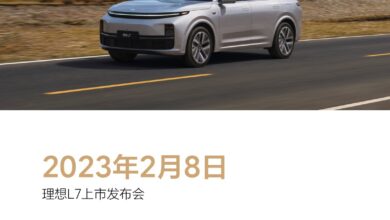