It is known that the global launch of the OnePlus 11 will happen on February 7. Yesterday, the OnePlus 11 got listed on TENAA Certification with its specifications, but the listing lacked the device images. However, this problem is also got solved today.

This morning, it was reported that the TENAA of the OnePlus 11 (carrying model number: PHB110) now also includes the device’s images through the appearance, and every other aspect of the device can be observed.

Starting from the display, the OnePlus 11 features a single punch-hole (on the left) display, a 6.7 inches AMOLED display that supports 2K+ resolution (3216*1440p). On the backside, we have 3x camera lenses in a circle-shaped camera module attached to the device’s right edge.

It is worth mentioning that these three lenses include a 50MP, a 48MP, and a 32MP camera lens. It is worth noting that the previous generation model also has almost similar camera configurations but in a square-shaped module.

On the left side, we have the volume up and down buttons. While on the right side, there is a lock screen button.

As previously reported, the OnePlus 11 will be powered by Snapdragon 8 Gen2 chipset, which is the best you can get from Qualcomm. The chipset is based on TSMC’s latest 4nm manufacturing process and comes with an all-new Cortex-X3 Super Core and Cortex-A715 Performance cores.

The benchmark scores of the Snapdragon 8 Gen2 powered OnePlus 11 are already live on our website. Further, if you are looking for a complete specifications list of the OnePlus 11, follow the linked article.

At the moment, there is no news regarding the OnePlus 11’s domestic launch. However, the global launch is set to happen on February 7. 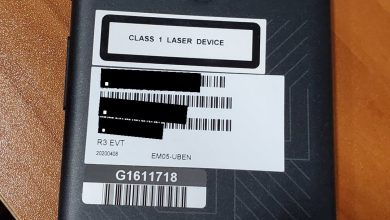