Today, a new official account called Realme Koi mobile phone under Realme was opened, and its first Weibo was also released, saying: the end of good luck is koi, and koi phone is me. 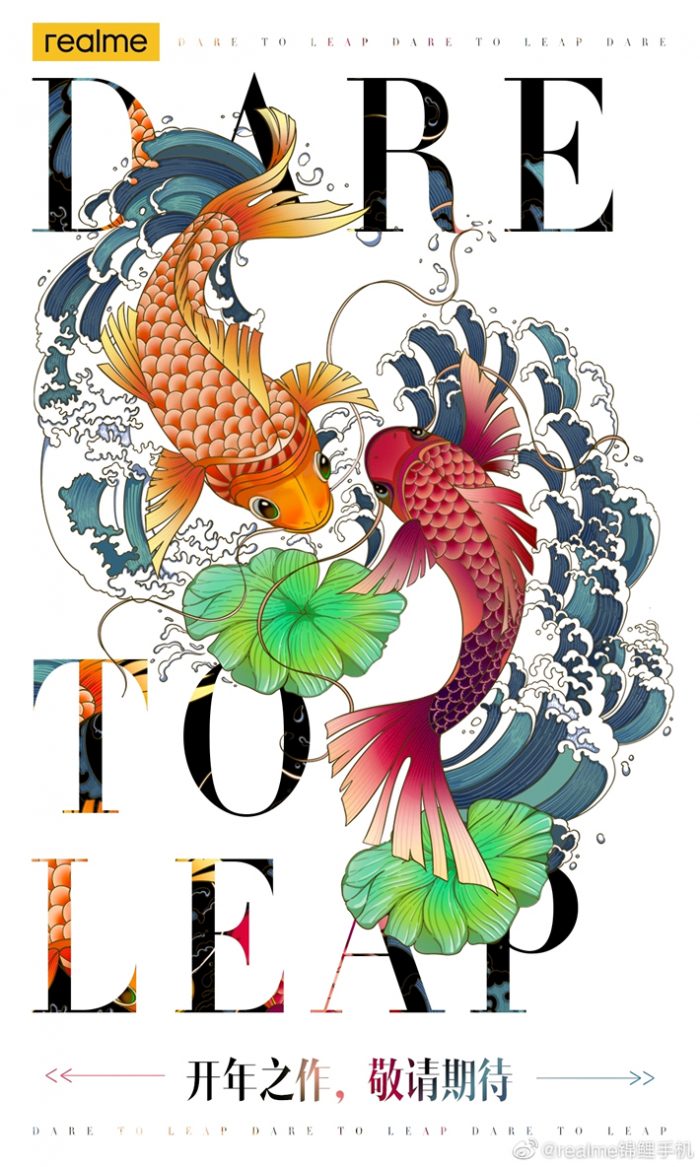 Judging from the pictures of the copywriting, the posters of Realme Koi mobile phone has a retro style. The two koi swimming in the water is like New Year paintings, which look very festive. Among them, the Slogan “DARE TO LEAP” of Realme is also appearing in the picture. There is a Chinese text at the end of the poster that “New Year’s work, so stay tuned.”

Realme’s first new phone with Snapdragon 888 is expected to be launched in February 2021. According to realme’s brand market positioning, this will be a phone that emphasizes cost performance.