Today, we spotted a new device from Oppo on the famous Chinese 3C Certification, which usually reveals the charging specifications of Android & some other Operating System smartphones.

The model which got spotted is from Oppo and has a model number “PDRM00”. As per our reports, it seems like that this may be a new successor model from Oppo’s Reno Ace series.

The model number “PDHM00” of the latest smartphone in the Reno Ace series (Reno Ace2) is similar to the model number of the device that got spotted on 3C Certification.

As mentioned in 3C Certification, this new model would feature 65W super flash charging. The charger which would come with this smartphone has a model number “VCA7JACH”, also known as SuperVOOC 2.0 Charging. The charger can charge the device in two modes: 65W (10V, 6.5A) & 10W (5V, 2A).

The device also supports 5G network connectivity. The applicant for this Certification is “OPPO Mobile Guangdong Telecommunication Limited.” The manufacturer and factory name is also the same.

Comparing it with the previous model “Reno Ace2”, both devices’ charging speed is the same. The Reno Ace2 features Qualcomm’s Snapdragon 865 chipset standard version, with the highest 2.84GHz frequency.

If this would be Oppo’s Reno Ace series successor, then there are many chances it may come with a new generation chipset, maybe Snapdragon 875. The new chipset Snapdragon 875 is expected to be released in the first week of December 2020.

The information regarding other specifications and the launch date of the model PDRM00 is currently unknown. 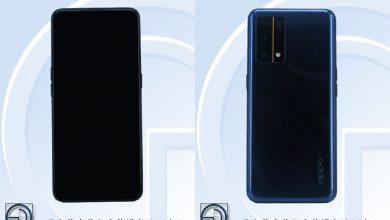