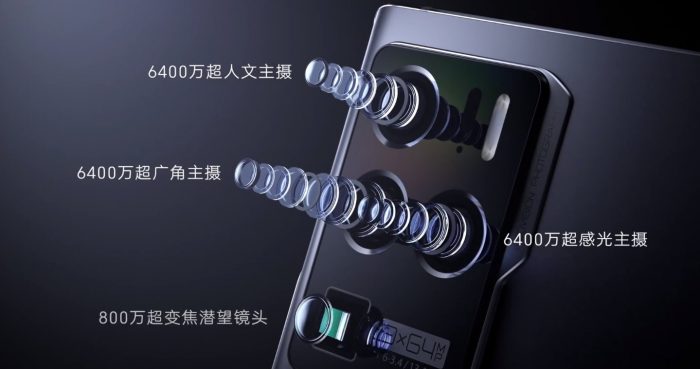 It can be clearly seen from the video that the phone will adopt a four-camera solution, which contains three main camera-level sensors with the same specifications, which can be said to be the most powerful camera phone so far. group. As can be seen from the video, the camera module of Axon 30 Ultra includes a 64-megapixel main camera, a 64-megapixel ultra-wide lens, a 64-megapixel portrait lens, and an 8-megapixel periscope telephoto lens. Three 64MP lenses with F/1.6 aperture, 13mm super wide-angle, 123mm telephoto (equivalent to 5x optical zoom).

This also confirms the news of Ni Fei, president of ZTE’s terminal business unit, who said that ZTE Axon 30 series will be the strongest camera phone in 2021.