The V8 is powered by an octa-core Kirin 950 SoC (quad-core Cortex-A72 clocked at 2.5GHz + quad-core Cortex-A53 clocked at 1.8GHz) coupled with Mali T880 GPU and 4GB of RAM. It bears either 32GB or 64GB of inbuilt storage that’s expandable via microSD card (up to 128GB) in a hybrid dual-SIM layout that supports two Nano-SIM cards, or one Nano-SIM card and one microSD card.

For the freshest produce, find us on Facebook for the latest teardown news.

Before the teardown process, we need to remove the SIM card tray. 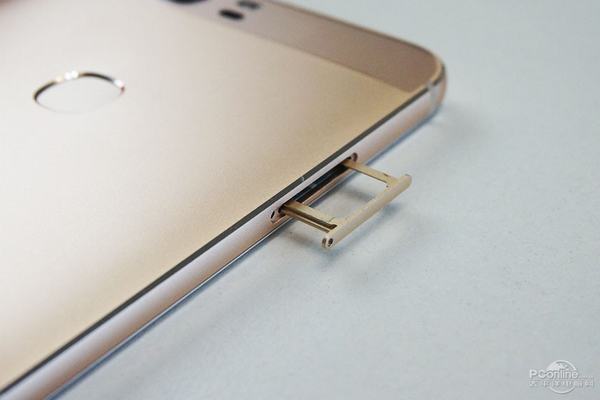 Heat up the cover on the top of the phone with a heat gun.
And then insert a plastic pick under the cover. Slide the pick to remove it from the phone. 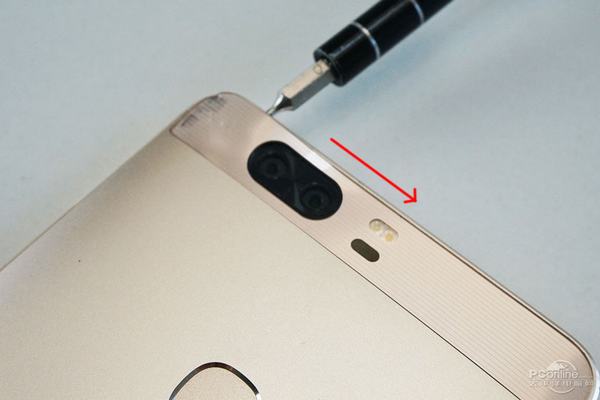 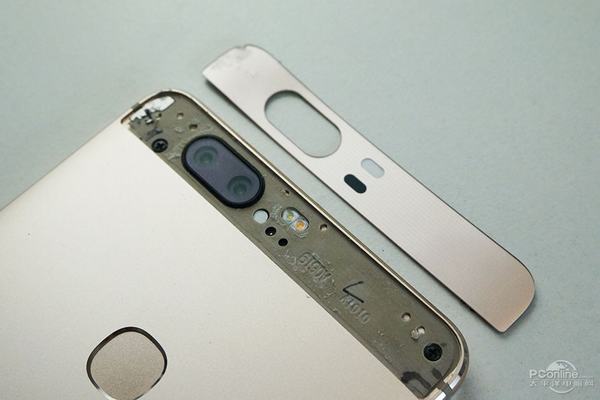 Remove three screws that securing the cover to the phone. 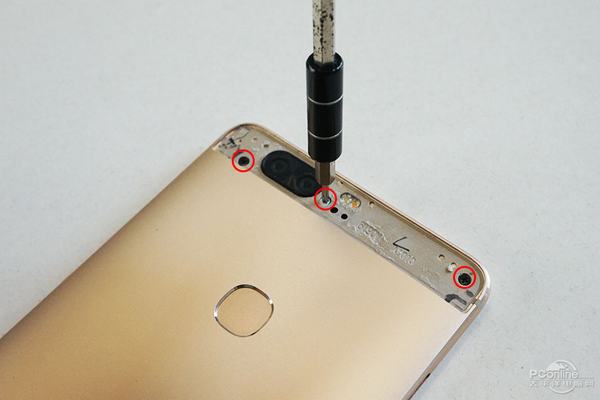 Lift up the display assembly a little bit with a suction cup. 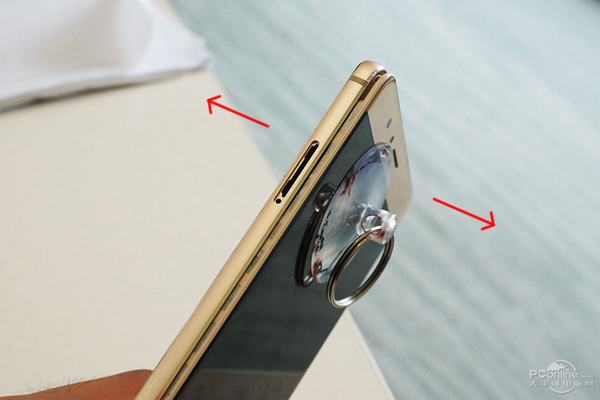 Be careful. The fingerprint recognition module is still connecting to the motherboard. 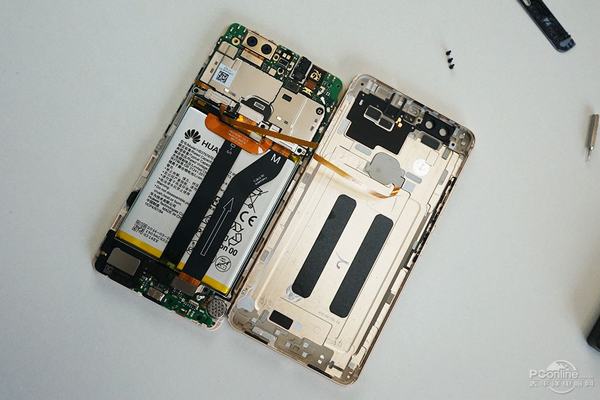 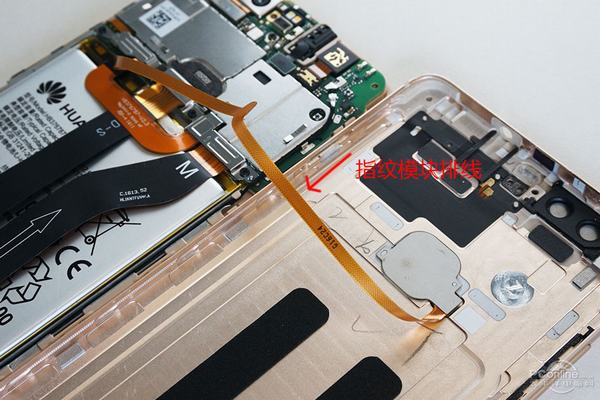 Here’s the bottom board. 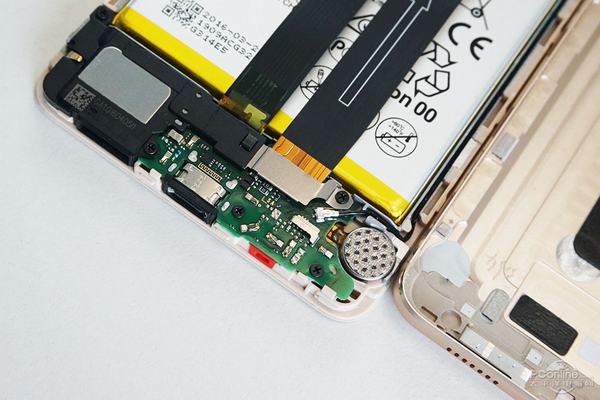 There are two waterproof foam blocks on the back cover. It is used to fix a variety of small modules. 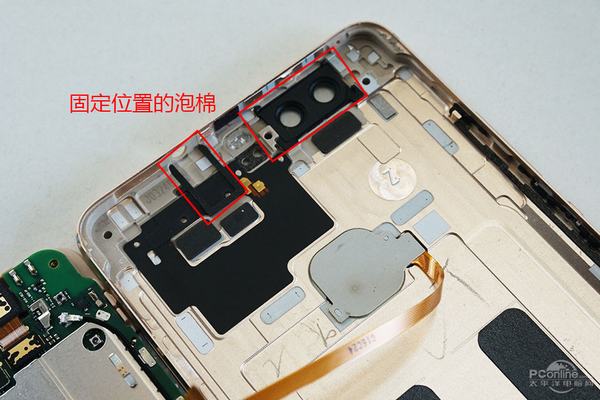 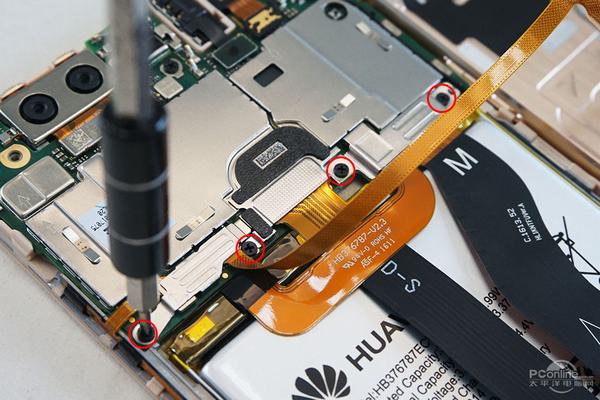 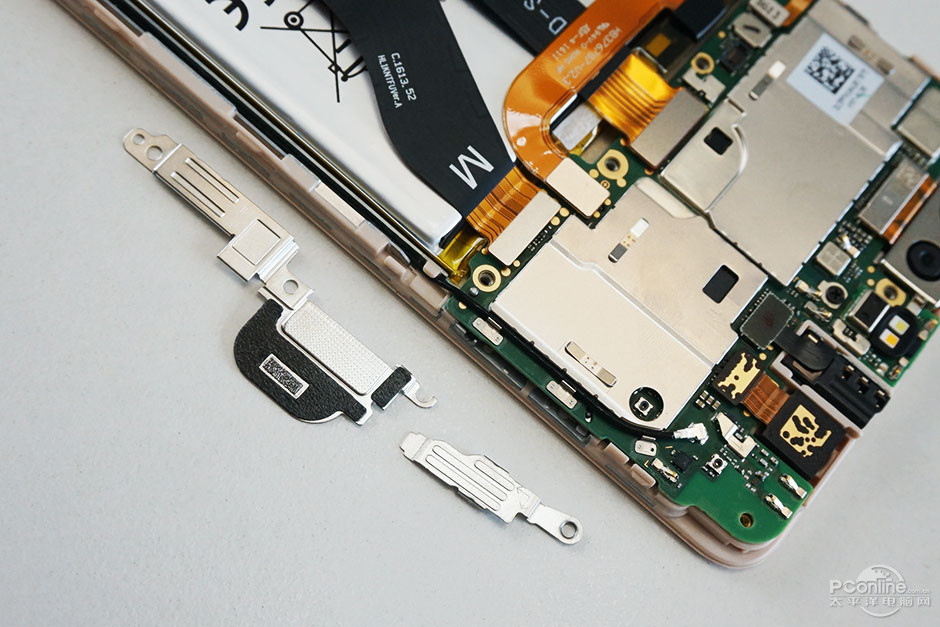 Under the metal bracket, you can get access the button cable, LCD/Touch cable, battery connector, fingerprint recognition module cable and bottom board cable. 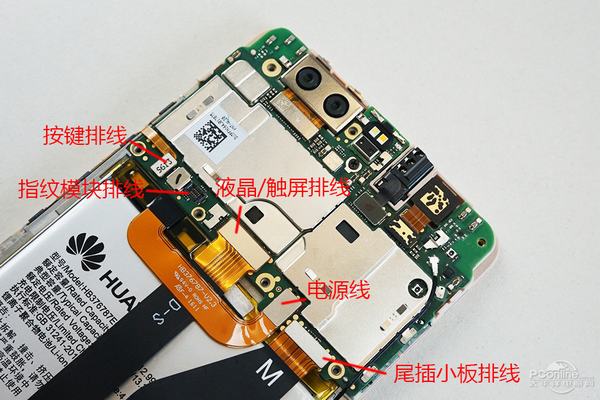 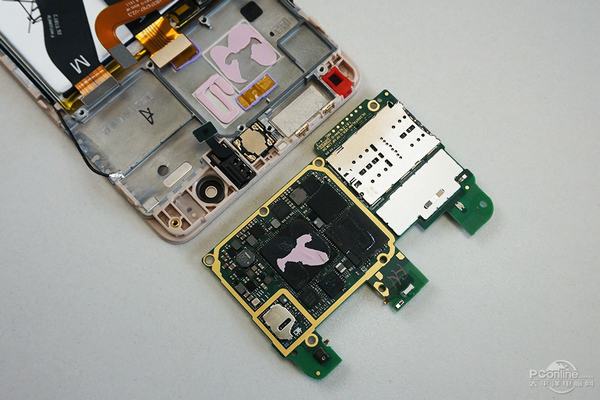 With the motherboard removed, you can see the earpiece, 3.5mm headphone jack and antenna (connect to the bottom board). 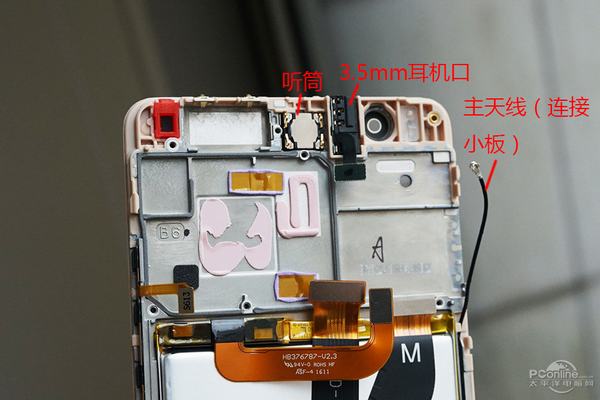 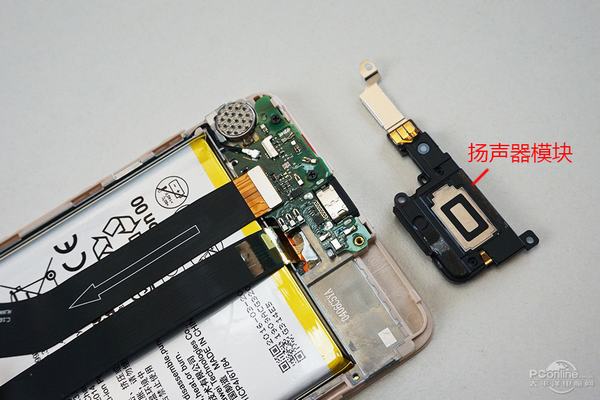 The Type-C port and microphone are integrated on the bottom board. 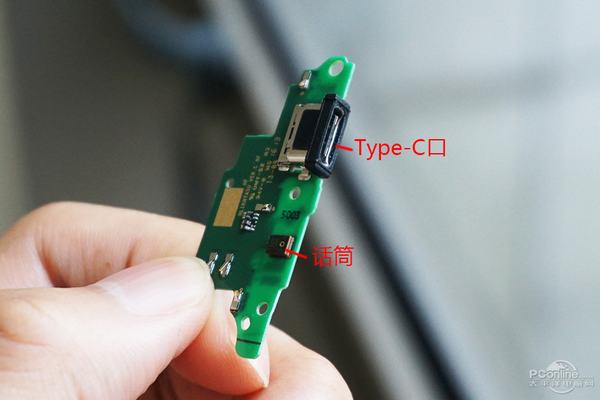 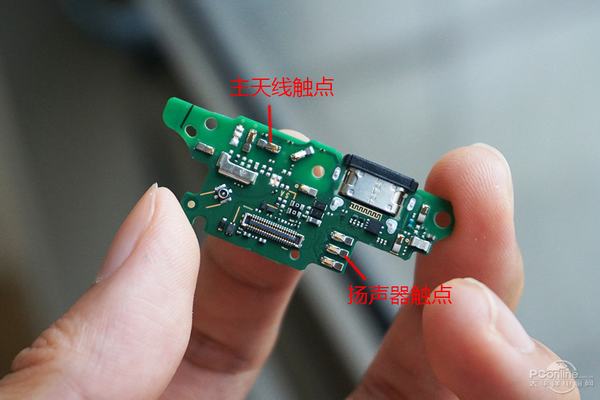 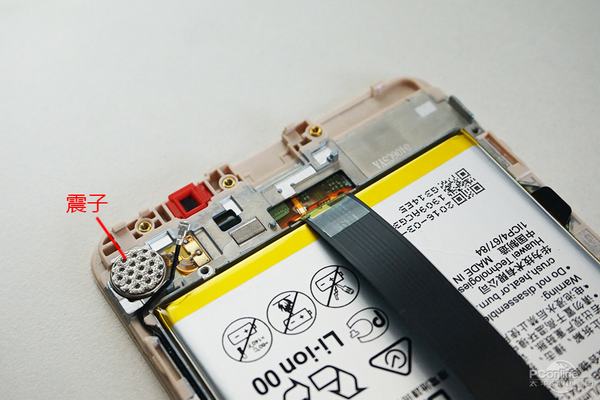 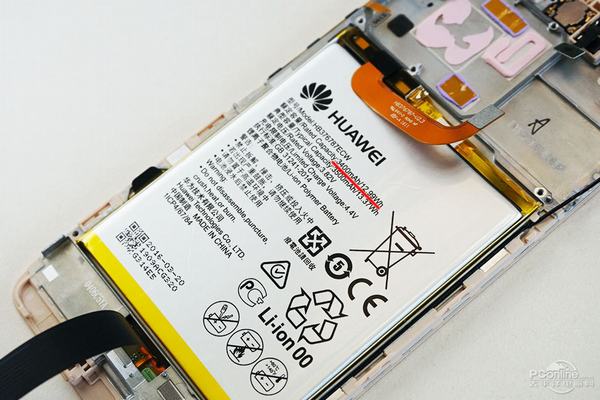 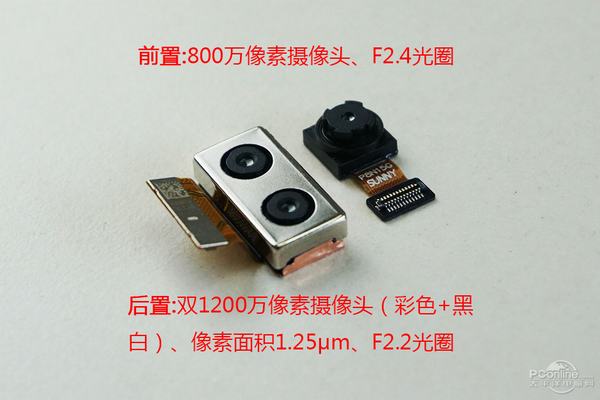 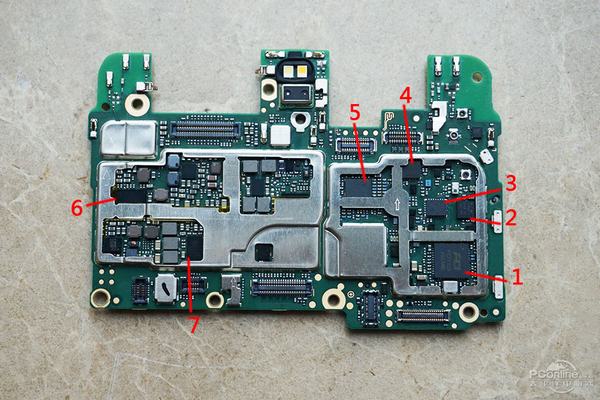 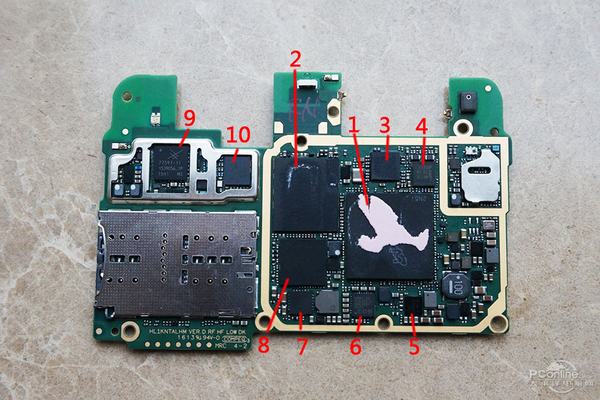 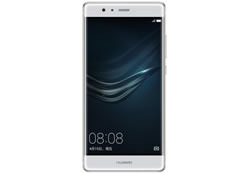 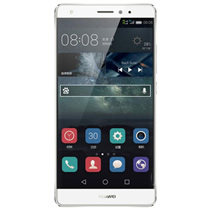 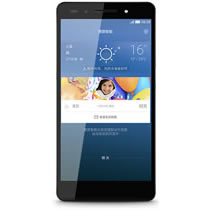 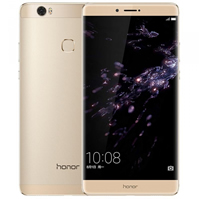