The LG G5 is followed up to the G4. Announced at MWC 2016, the 5.5-inch G5 is a powerhouse offering from LG that features not one – but two – rear cameras, a removable battery, expandable storage and is running Android 6.0 Marshmallow. 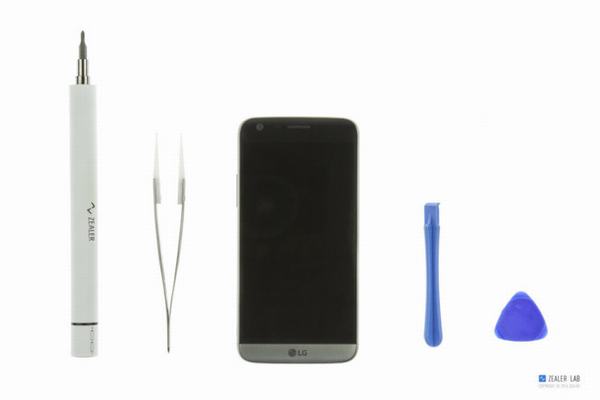 Press the button on the left side of the phone, and then slide it to the left and take out the G5’s battery module.
Removing the battery is very easier than other flagship phones on the market.

Separate the bottom module from the battery. 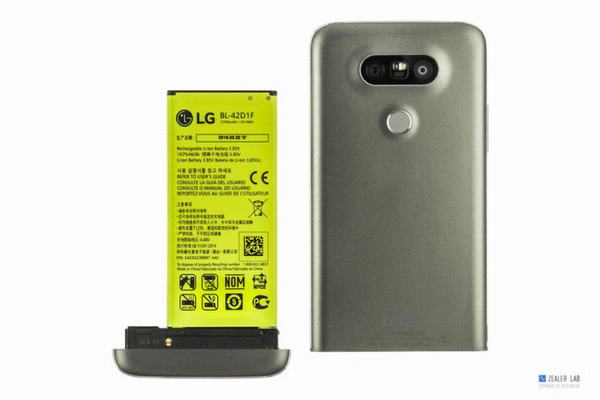 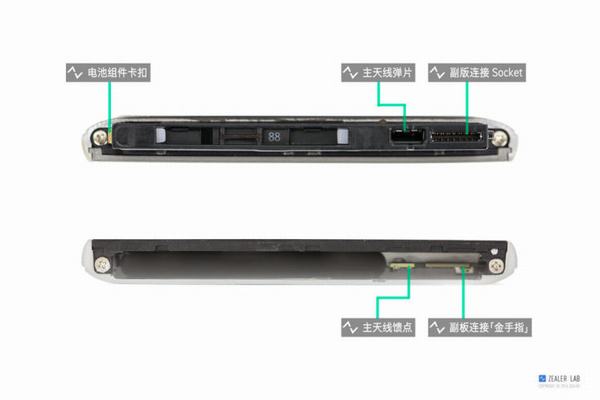 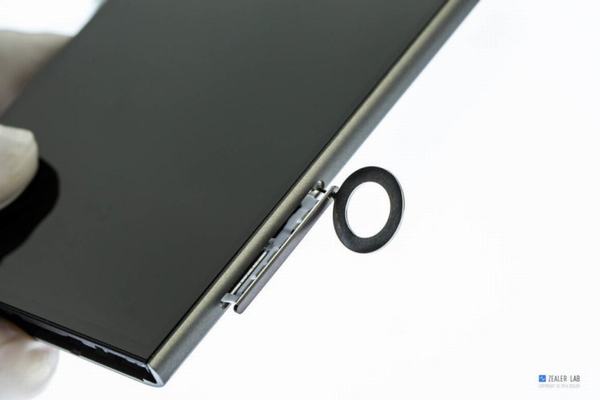 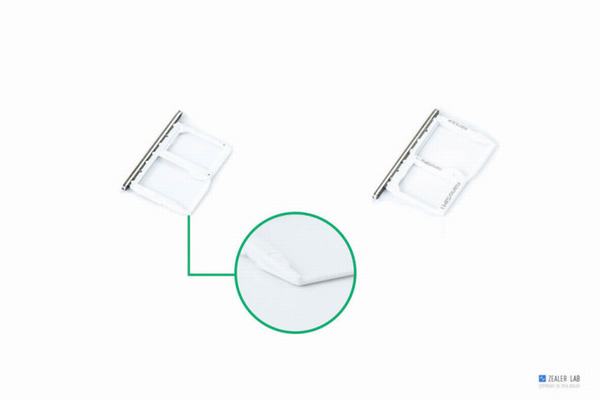 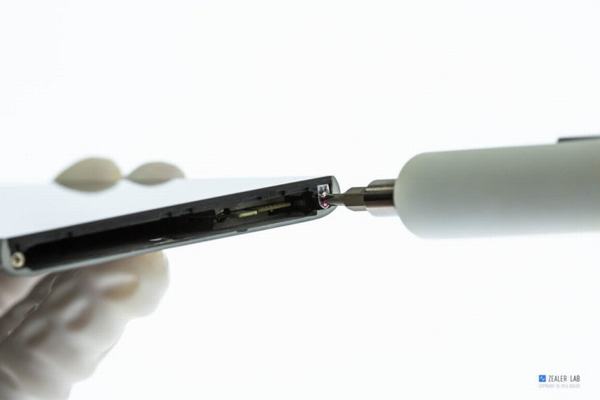 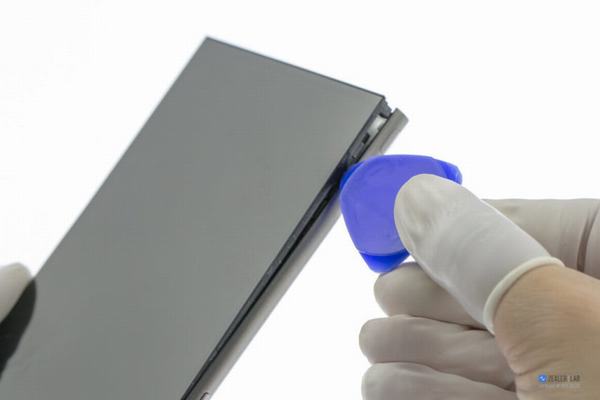 There are six screws securing the motherboard to the chassis. 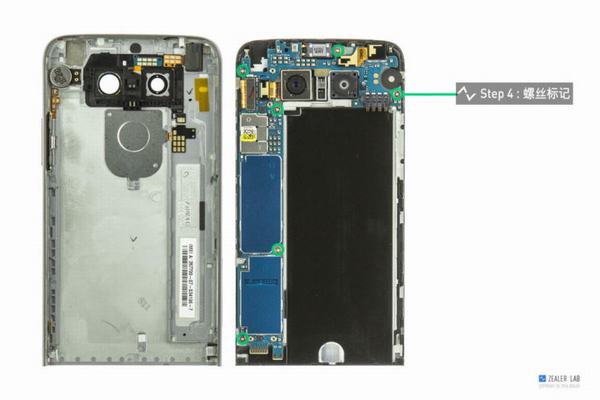 It is noteworthy that there is a springy mechanical gadget on the back cover. It is used for fixed the battery. 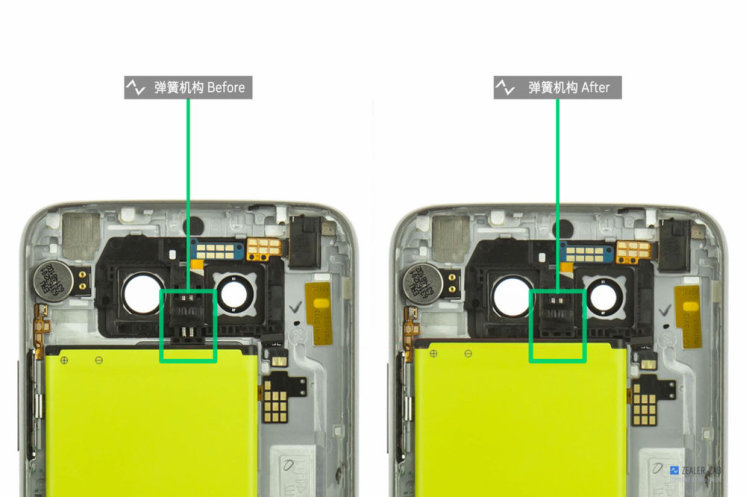 Disconnect the display cable from the motherboard. 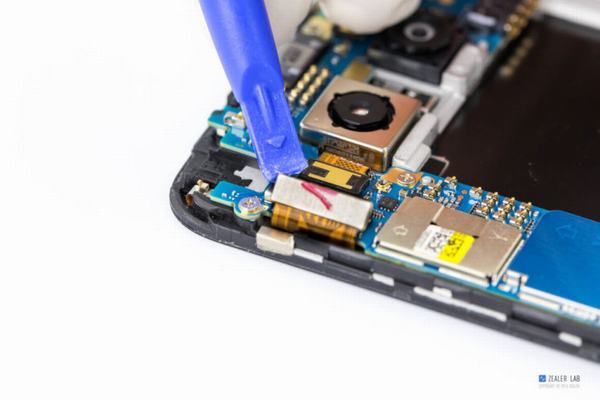 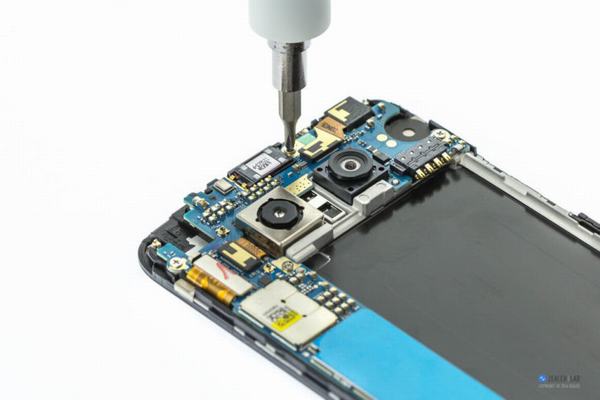 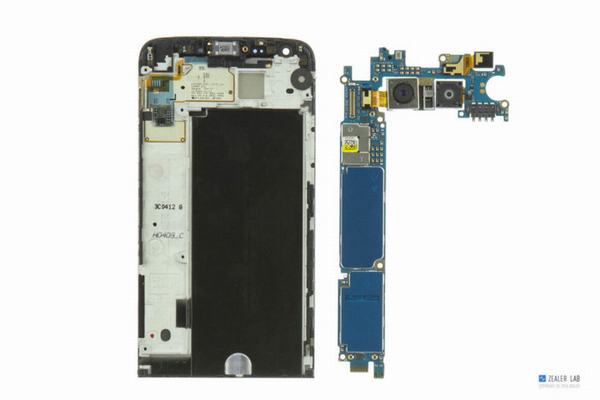 The Slimportcan be output video and audio to the devices that have the HDMI/Displayport/DVI/VGA ports. 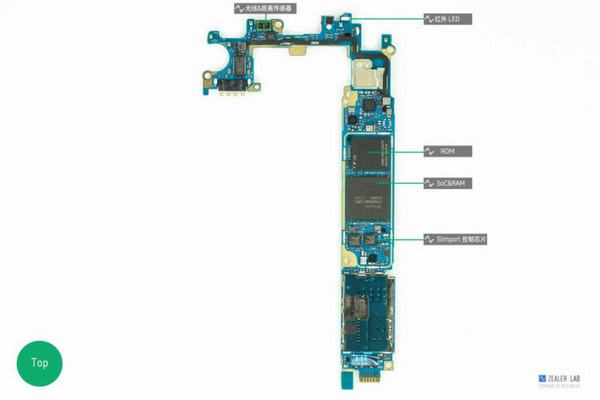 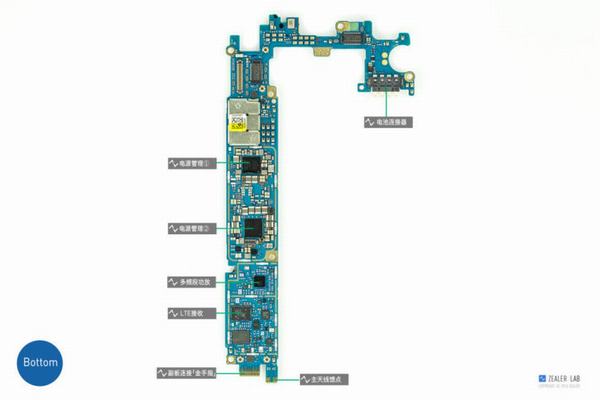 LG G5 has two rear cameras, and different with HUAWEI P9, does not use structural parts to fix them together; in principle, G5’s rear camera respectively provides different functions – that is, a wide-angle lens and a standard optical image stabilization lens. 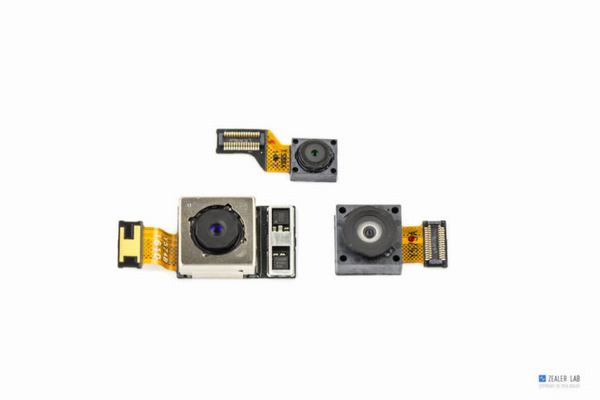 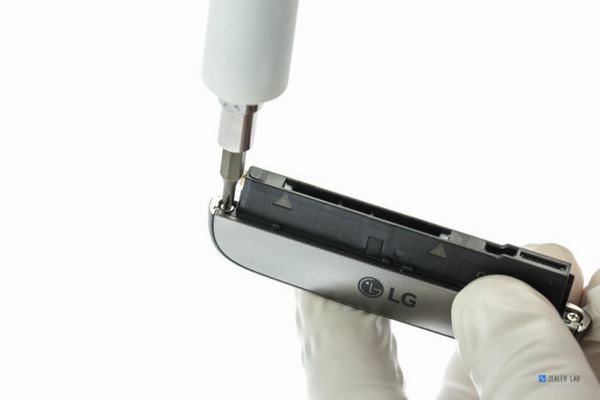 Pry off the cover with a guitar pick. 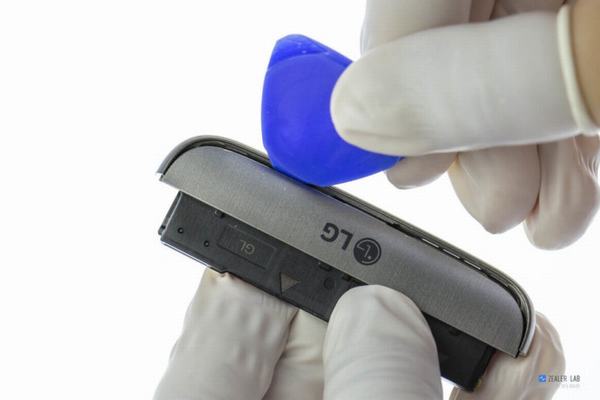 The cover is fixed on the bottom module by glues. 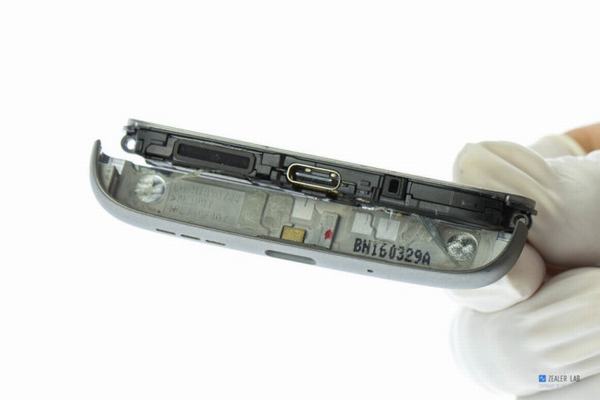 And remove all screws securing the frame. 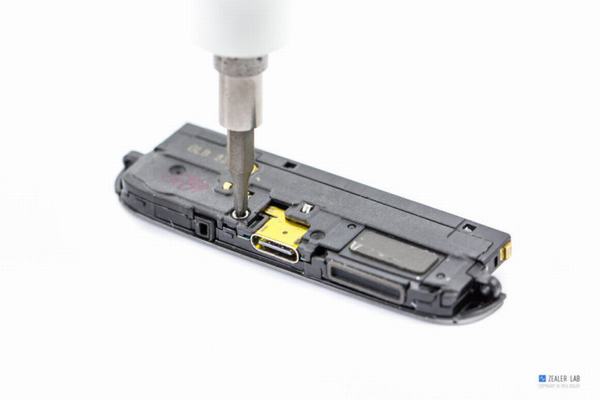 Remove the frame from the bottom module. 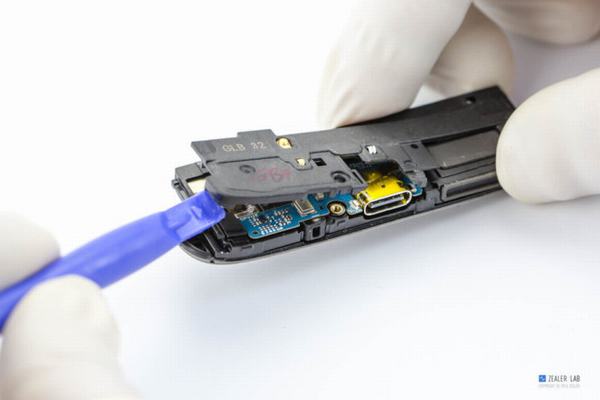 Remove the little board. 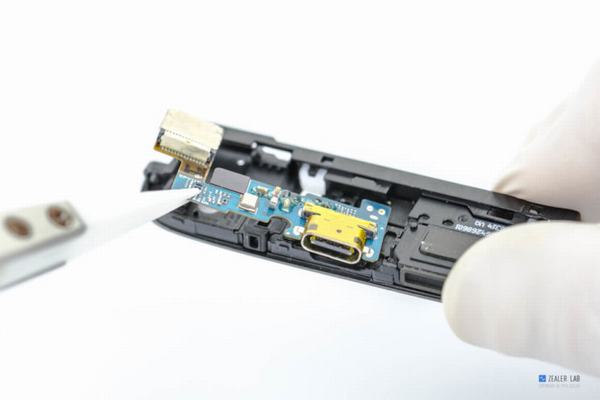 On the little board, you can find little board connects socket, microphone, USB Type-C port and some spring contacts. 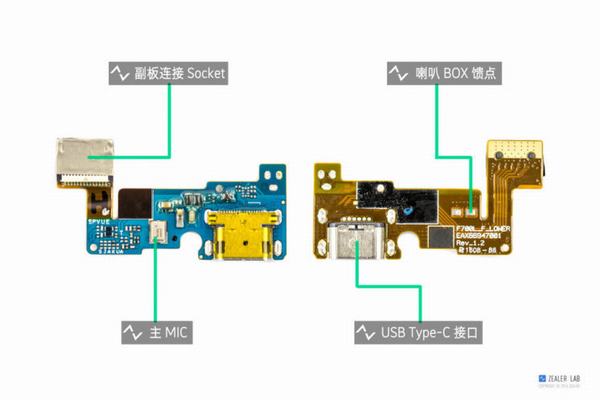 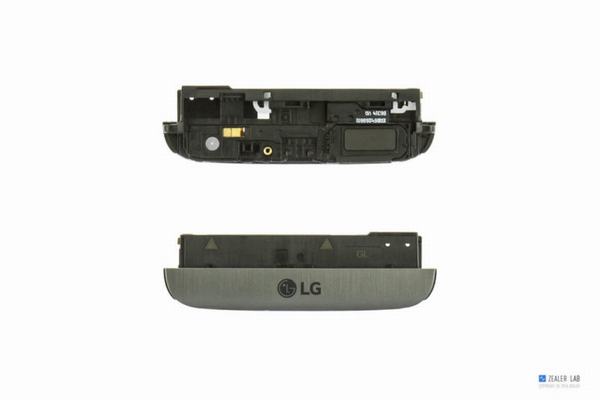 Heat up the LED flash module and remove it. 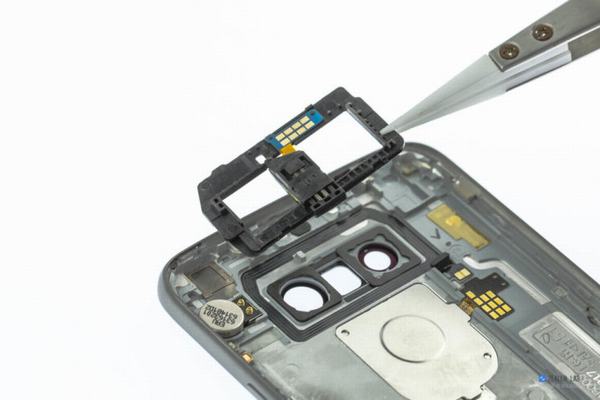 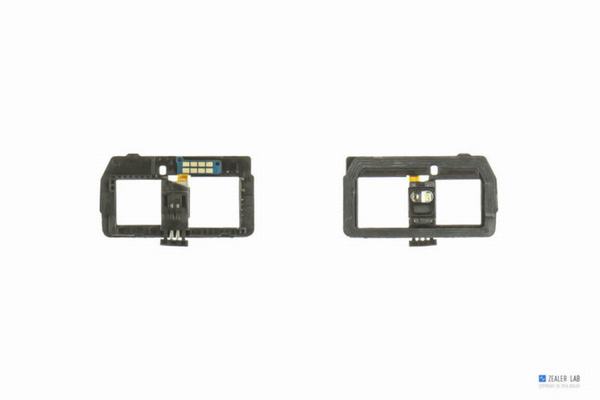 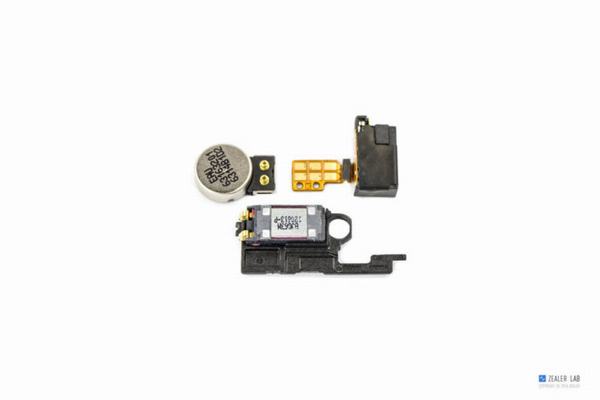 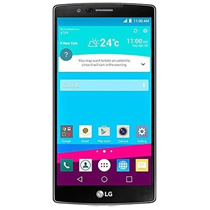 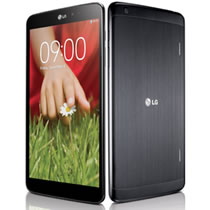