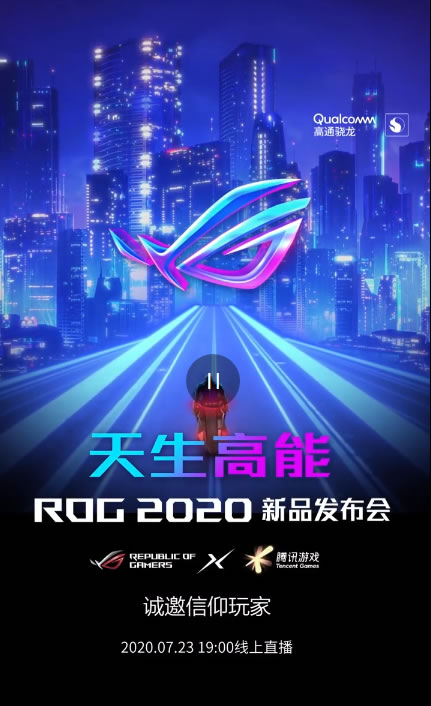 At present, apart from the official announcement that the ROG gaming phone 3 is equipped with Qualcomm Snapdragon 865 Plus 5G, it has not announced more hardware information. However, the phone has appeared on the TENAA. The website shows that it features a 6.59-inch AMOLED screen with a resolution of 2340×1080.

It is has a maximum of 16GB storage, a maximum of 512GB of memory, and runs Android 10. The phone has a 5800mAh capacity battery which supports a 30W fast charging.

The TENAA also announced the camera specs of this phone, On the back, the phone has a triple camera setup arranged horizontally, with a primary 64MP sensor. There is also a flash led at the right of the camera and an ASUS ROG logo under them. On the front side, there is a single 13MP front camera sensor in top bezels.