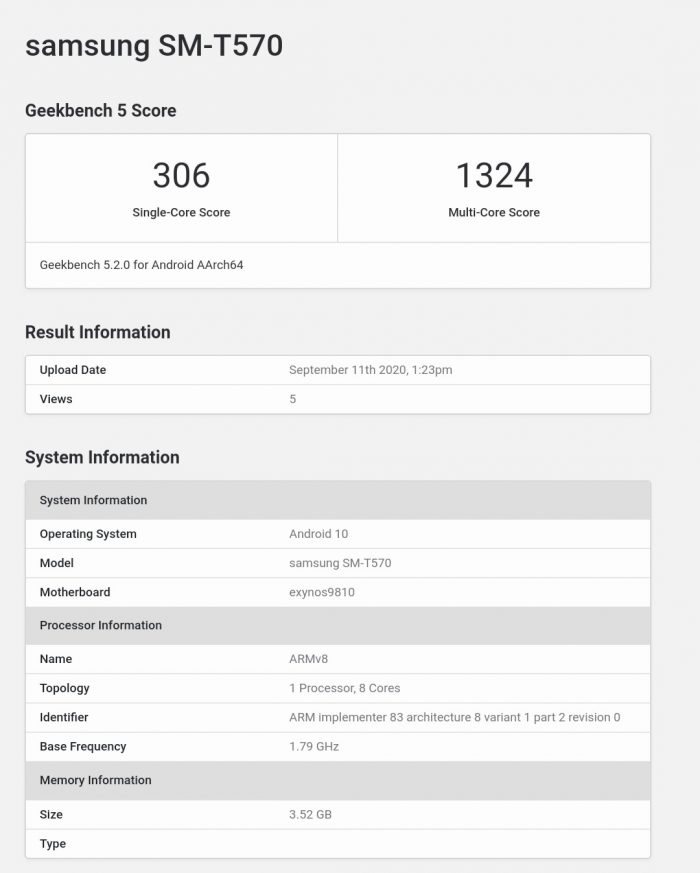 In the Geekbench, the “Galaxy Tab Active3” is powered by Samsung’s old flagship chipset “Exynos 9810”. The chipset is based on a 10nm FinFET manufacturing process. It consists of eight cores, in which there are four performance custom cores clocked @2.9GHz, and four energy-efficient Cortex-A55 cores clocked @1.9GHz.

The model number “SM-T570” is the Wi-Fi variant of Galaxy Tab Active3, as we previously reported. With Exynos 9810, the tablet has scored 306 points on single-core, while on multi-core, it has scored 1324 points. The performance score is not as good as it should be.

The RAM storage variant which got spotted on Geekbench is a 4 Gigs RAM variant.

Previously, it was reported that the upcoming Galaxy Tab Active3 would feature an ordinary display with large bezels and a home button (like the previous model). Moreover, some other certifications also revealed that a 4900mAh Battery would power it with 18W fast charging.

Currently, there is no official announcement regarding the launch of the phone. But it is expected that it may launch soon. 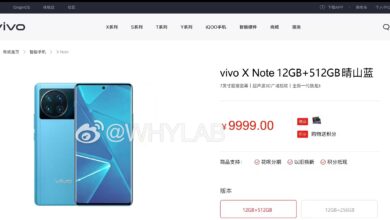 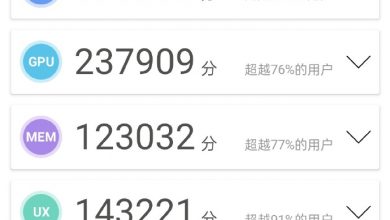