It was previously rumored that OnePlus is working on a new model named OnePlus Ace. Even some basic specifications of the device were revealed through many leaks and certifications. However, the company has recently disclosed the device by making an official announcement.

This morning, OnePlus has officially announced that the all-new OnePlus Ace will be released in an online launch event on April 21 at 7 PM (as per Chinese Timing). As per the warm-up post, it seems that the device is performance and speed-focused. 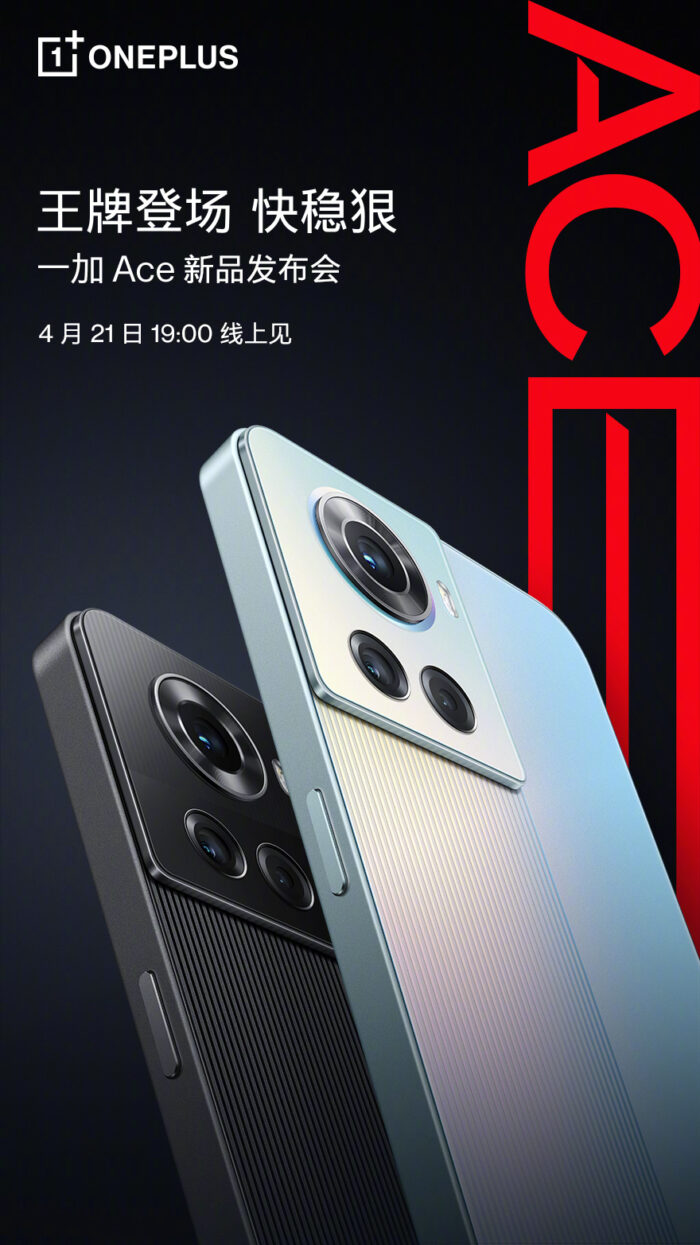 Moreover, the official announcement poster of the OnePlus Ace has also revealed the backside appearance of the device. It can be seen that the device has adopted a flat edges design.

On the backside, there is a large-sized camera module (a bit upper from the surface) carrying three lenses. In addition, there is a lining design under it to the bottom, while the other area is simple. As per the poster, the new OnePlus Ace will be available in two color options: Blue-Pink Gradient and Black.

Previously, the OnePlus Ace was also surfaced on Geekbench 5 site, through which it was revealed that the device is powered by the latest Dimensity 8100 latest generation sub-flagship chipset.

It is worth mentioning that the chipset is based on a 5nm TSMC manufacturing process and consists of four Cortex-A78 Performance cores (clocked @2.85GHz) and 4x Cortex-A55 energy-efficient cores (clocked @2.0GHz). On the AnTuTu benchmark, the chipset has scored more than 800,000 points; that’s why we can say that there would be no compromise in the speed and performance of the OnePlus Ace.

Moreover, the previous warm-up post from OnePlus has also pointed out that this model might support the all-new 150W Super-Fast charging technology, the company’s fastest charging technology ever. The officials also mentioned that the battery life would not only charge faster but will also last longer.

It is expected that the OnePlus will reveal the significant highlights of the device in the coming days until its launch event.