So finally, after a long time, the wait has come to an end as OPPO has finally confirmed the existence of its Reno8 series officially. The upcoming series was in leaks and rumors for about two months. However, the company has now closed this discussion with the official announcement.

This morning, OPPO (on Weibo) officially announced that the all-new Reno8 series would be launched at a product launch conference on May 23 at 7 PM (Chinese Timing).

Nothing new can be observed in the official teaser regarding the upcoming series. But the officials mentioned in the post’s captions: New Reno, “core” friend. This might represent the new SoCs that are expected to be featured in the Reno8 premium mid-range lineup.

As per our sources, there will be three models in the Reno8 series, and all of them will feature the latest chipsets on the market (two are not announced yet). This includes Dimensity 1300 (in the base version), Snapdragon 7 Gen1 (in the middle version), and Dimensity 8100-Max (in the high-end version).

If we talk about the base model (with Dimensity 1300), it is expected to feature a 6.43 inches Full-HD+ Single Punch-Hole (at the top left) OLED Display with 90Hz refresh rate support. It would feature a triple camera setup with a 50MP primary lens on the backside.

Then we have the middle model (with Snapdragon 7 Gen1); this model will feature a 6.62 inches Full-HD+ Samsung E4 OLED Panel with Punch-Hole (at top-left) and 120Hz adaptive refresh rate support. Moreover, it will feature the same triple camera setup with a Sony IMX766 50MP lens and the additional MariSilliconX NPU for better image capturing.

And finally, we have the top-end model, which features a 6.7 inches OLED Display with Full-HD+ resolution and 120Hz refresh rate support, manufactured by BOE. It features the same camera setup and the same NPU chipset. It is worth mentioning that all these three models will feature a 4500mAh battery with 80W charging support.

It is expected that the official will reveal the major highlights of the upcoming series in the coming days. 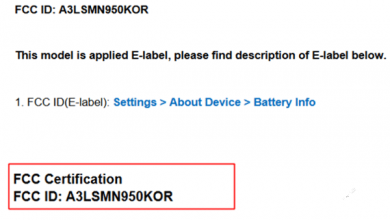